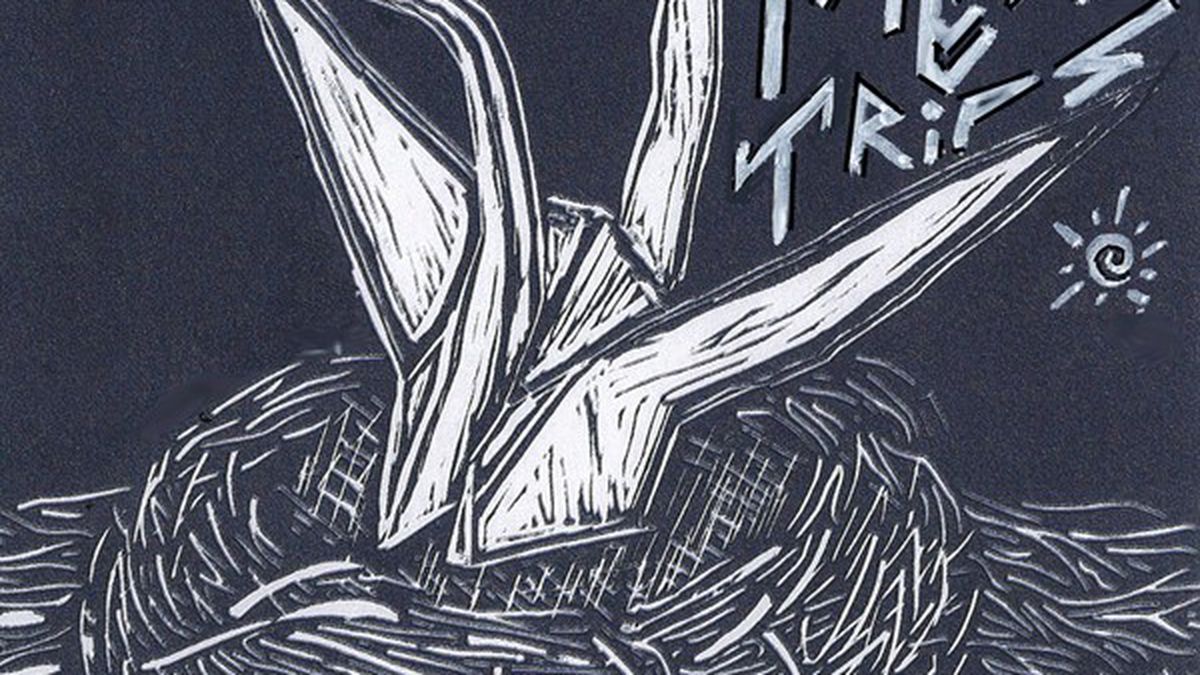 This week, we review Woolly Man, Out Damned Spot, and Field Trips.

Woolly Man, Hidden Among the Lips and Tongues

The term “freak folk” has been so overused that it’s become a fairly meaningless descriptor, but Woolly Man’s music lives up to the genre’s name: Frightening, naked, and dark, its debut album, Hidden Among the Lips and Tongues, is torturous at times, as if the listener is eavesdropping on a downward spiral into madness. Woolly Man’s croaky, hung-over-sounding vocals quiver through minimal percussion and stripped-down, sometimes out-of-tune acoustic guitar. The detailed lyrics — about lavender-scented bars of soap and a lipstick mark from a one-night stand, for example — lend vivid imagery to the psychological decay. Download it for free on Bandcamp. (self-released)

Before indie rock there was alt-rock, a catchall genre that encompassed everything from grunge to bands like Jane’s Addiction. Out Damned Spot takes its cues from the female-fronted bands of this period like 10,000 Maniacs and Concrete Blonde, pairing emotional, romantic lyrics with heavy rock and pop. The group hits all the right notes — throaty, powerhouse female vocals; melodic guitar builds and emotive solos; and peppy rock drumming — but it’ll be most exciting to fans of the aforementioned bands or anyone longing for the glory days of Lilith Fair. (self-released)

Dramatic and strange, with a lead singer who sounds like Placebo frontman Brian Molko, Field Trips has a lot going for it. And yet, on its debut EP, it all goes horribly wrong: The high-and-low seesawing vocals; the off-key, organ-grinder-on-crack melodies; and the messy transitions combine into a punk cabaret nightmare that borders on unlistenable. That said, there are some interesting moments: the soft guitar intro to “Neat Girls”; the moments of actual singing (rather than ear-splitting screeching and yelling); the lo-fi fuzz on “Swampy/Jeans.” Field Trips seems capable of making decent music if it quit experimenting for the sake of experimenting. (self-released)