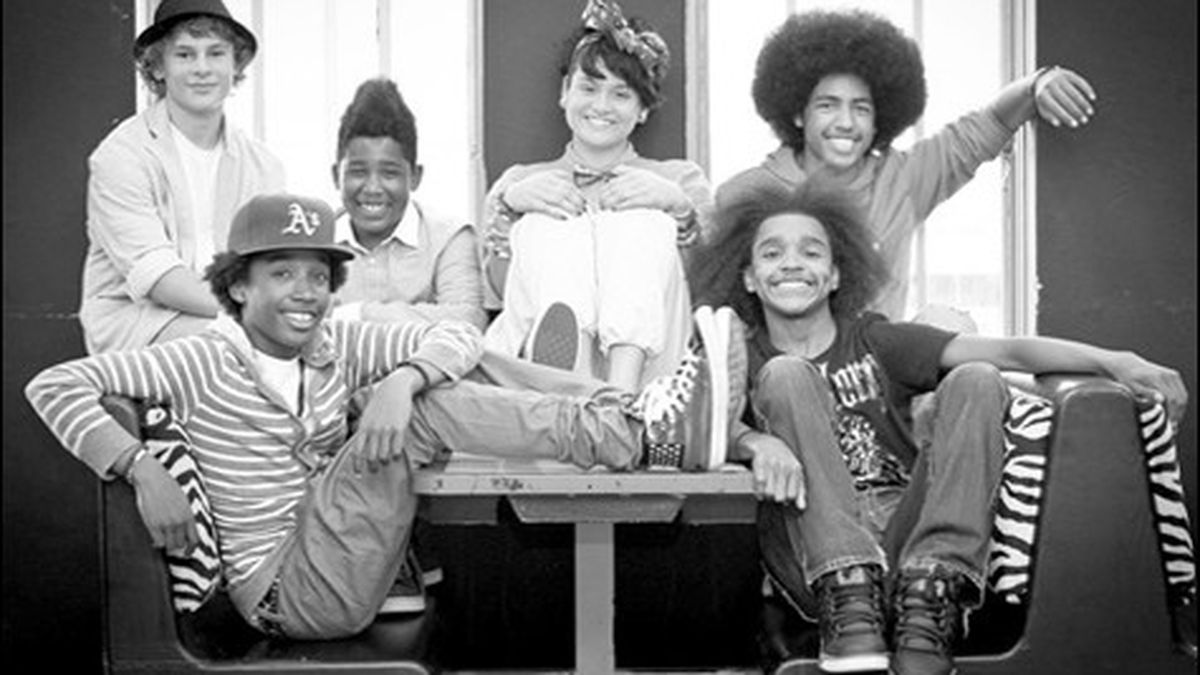 What's next for the teen band that almost had everything?

The nice thing about being a teenager in showbiz is that you weather disappointment easier than an adult would. Or so one would think, judging from the relatively sanguine disposition of sixteen-year-old singer Kehlani Parrish, whose band, Poplyfe, (or POPLYFE, for the typographically adventurous) narrowly missed the $1 million grand prize awarded to the winner of NBC’s nationally broadcast song-and-dance competition, America’s Got Talent. Parrish and fellow band members indicated they didn’t really want it anyway — $1 million dollars spread over the course of forty years, divided among six teenage musicians, didn’t actually amount to that much. Not to mention that the other half of the prize — a spate of performances in Las Vegas — didn’t seem appropriate for a high school band.

Poplyfe came up fourth in the final round, losing by the skin of its teeth to a Colorado-based dance troupe, a high-tech group of circus performers, and a West Virginia-born car-washer-turned-crooner, who ultimately clinched the win. That didn’t matter so much to Parrish, whose big victory was coming back to school and being exalted after a long stint on national television.

“When I walked through school, the [younger kids] were, like, ‘Oh my god, you go here? You’re the girl from Poplyfe!'” the young singer bragged, recalling her triumphant return to Oakland School of the Arts, where the band has a bona fide entourage. Fellow students sport hand-made Poplyfe T-shirts. Teachers address the band members as a unit, rather than by their individual names. It’s a bit much for six teenagers to handle.

But thus far, they’ve handled it swimmingly. About a week after the season finale of America’s Got Talent, the musicians of Poplyfe were back home, back in school, and pretty much back to their old routine. Last Thursday afternoon they sat lounging on the third floor of House of Music, the latest enterprise of Tony! Toni! Toné! singer-turned-arts-booster D’Wayne Wiggins, who also happens to be the father of Poplyfe’s bassist and keyboardist. Located in a large three-story venue that once housed Geoffrey’s Inner Circle, House of Music is, in essence, the platonic convergence of all of Wiggins’ disparate interests — a combination ballroom, restaurant, and performance venue, with teardrop chandeliers dangling from the ceiling and platinum gold records adorning the walls (he earned several during his tenure with Tony! Toni! Toné!). It’s also symbolic of the dynasty from which Poplyfe emerged.

That day the six band members had a pretty full schedule, which was nothing unusual for them. At 6 p.m. they would perform a short acoustic set on the second floor — something to do with a fashion show. Before that, they had about an hour of downtime. Fourteen-year-old guitarist Dillon Ingram sat strumming the chords to Bruno Mars’ hit tune “Billionaire,” his face nearly obscured by a fedora hat and sunglasses. Parrish shared a chair with drummer Denzel Merritt, who casually put his arm around her. Keyboardist Dylan Wiggins, who suffers from allergies, sat in a corner blowing his nose. A blond woman traversed the room, trailing the band members with a video camera.

In another far corner sat Michelle Lochin-Wiggins, the group’s manager (or “momager,” as the musicians jokingly call her), wife of D’Wayne, mother of Dylan and bassist Jaden Wiggins, cultivator of talent, enforcer of dress codes and good behavior, and occasional disciplinarian. She spent most of the last month trying to monitor Poplyfe’s image, as the band members were accosted by TV producers who wanted to dress them up like a mini-Jackson 5, and reporters who wanted to get their gritty back story about growing up on the rough streets of Oakland. Michelle and D’Wayne would occasionally coach the band members on talking points. More often, they’d find themselves rushing in to do damage control — as when show producers attempted to give all the kids cornrows to perform a Michael Jackson medley. Wiggins promptly stepped in and vetoed the idea, patiently explaining that it was not the Poplyfe style.

Parrish agreed. “We were just thinking, we’re going to be the only African-American group on the television, and then they put us in cornrows — what’s that gonna look like?”

In reality, the members of Poplyfe didn’t come up hard, and they don’t live in rough neighborhoods. Rather, they were primed for success at a pretty early age. Dylan and Jaden are members of what could be considered a royal family. Their father is Oakland’s most prominent soul singer-turned talent groomer. (He’s partly responsible for launching the girl band Destiny’s Child, and largely behind the success of Keyshia Cole.) Their uncle is singer Raphael Saadiq (né Charles Ray Wiggins), who also started out as a Tony, then cut five hit albums on his own. They grew up surrounded by celebrities who flitted in and out of their father’s various recording studios. And as soon as they were old enough to sit at a piano, they became performers in their own right. Fifteen-year-old Dylan started playing piano at age five, and spent most of his life waking up early so he could practice before school. Jaden, who is thirteen, acted in plays. He had a pretty significant role in Coming Home, which ran at the Berkeley Repertory Theatre last year.

The other members of Poplyfe have similarly lofty pedigrees. Parrish, who attended Berkeley High as well as Oakland School of the Arts, has starred in musicals, sung the national anthem at Giants games, and currently teaches her own after-school hip-hop class. Fourteen year-old Denzel Merritt comes from an established jazz family — his father is drummer Ranzel Merritt, and his older brother, Ranzel Merritt Jr., played saxophone in Poplyfe until he left for college. The band’s DJ, sixteen-year-old Ali-Khan Lochin, is Dylan and Jaden’s cousin, and a part-time model. Newest addition Dillon Ingram was discovered by one of D’Wayne’s friends, while playing guitar at Blue Note Music.

Dylan Wiggins is actually the official founder of Poplyfe, and he still arranges the music, which at this point mostly consists of pop covers. Slender, with a long, oval face and wide doe eyes, he’s oft recognized as a dead-ringer for his father, D’Wayne. (The kids joke that when he first met Landau Eugene Murphy, the car-washer who ultimately won America’s Got Talent, he immediately recognized the keyboardist as a little Tony.) The Wiggins knew the Merritts through school, and Parrish joined after Dylan had her sing for his father during an open house at Oakland School of the Arts.

In truth, there was never much doubt as to whether or not Parrish would fit in with the band, no matter how much D’Wayne Wiggins razzed her. A pretty girl with short hair and dimples, she describes herself as a tomboy, though in reality she has all the attributes of a female diva: soft, raspy voice, hip fashion sense, the ability to hold court and gaze flirtingly at her audience. Around town, she’s known as Poplyfe’s main public persona; behind the scenes of America’s Got Talent she was largely its spokesperson, explaining what “swag” was to a group of white kids from Denver (all of whom were in the second place-winning dance group, Silhouettes) and fielding their borderline-racist comments about African Americans and Oakland. Under Lochin-Wiggins’ tutelage, she also learned how to fit the diva role on America’s Got Talent, wearing skirts at the producers’ insistence, but always giving them her own funky touch.

So, what’s next for the group that almost had everything? At this point, everyone in Poplyfe is pretty much counting on fame after high school. And it seems preordained: There’s a by-now famous YouTube clip in which one of the America’s Got Talent judges declared that in the next two or three years, Poplyfe would be “a huge band in this country.” The band members reacted excitedly to that compliment, though they didn’t seem entirely surprised.

For now, though, they just have to finish high school and bask in their rising popularity. Next month they’ll play Ceasars Palace in Vegas, as a supporting act for Landau Eugene Murphy.

Bay Area Albums of the Decade