Why is this guy not a superstar yet?

Fans in the front row confessed that they’d been waiting outside since 10 p.m. the night before, and they weren’t even the first people to get in line. The wait wasn’t too bad though, apparently — Miyavi brought them tea.

It’s that kind of mutual affection between performer and fans that makes Miyavi shows such a special experience. From the moment he hit the stage with a brand new single “Survive,” Miyavi had the crowd jumping around so hard that the Fillmore’s wooden floor was shaking.

A natural performer, the Japanese rock/pop/whatever-the-hell-he’s-up-to-at-the-moment star ran through a series of tracks that covered pretty much all of his solo albums, and the crowd was singing along with every one (with much encouragement from the man himself). This is a rather different version of Miyavi to the one audiences saw when he hit Slim’s for back-to-back shows in 2008 — heavier on the guitar, lighter on the theatrics. Not only were the beat boxer and the DJ gone, this time there wasn’t even a bass player — just drums, keyboards, and Miyavi. Familiar songs had been rearranged, too, teasing out the blues influences and occasional hints of hip-hop, but with the emphasis clearly on rock. It was a stripped-down, rawer, sexier, more grown-up Miyavi (appropriate since he kept telling the audience about his new role as a father). 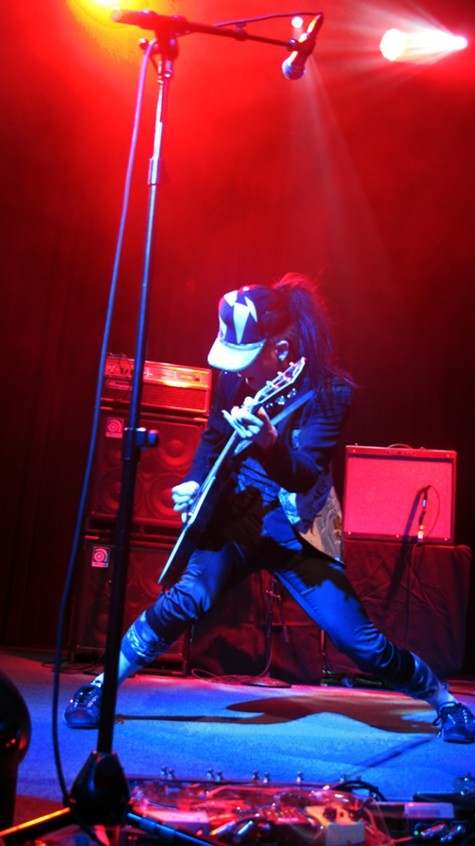