Noise shows can be a dicey proposition. At their best, they clear the air from the Western musical forms and melodies we’re so accustomed to. At worst, and in a majority of cases, they can be an uninspired mess, with a well-meaning but clueless introvert hunched over thousands of dollars’ worth of effects processors as a bored, fitful crowd totters about. Many musicians in the Bay Area have started a noise project at some point (including Thee Oh Sees’ Jon Dwyer), but few have the heart to maintain them. An exception is House of Low Culture, the relatively long-standing noise outlet of Isis alum Aaron Turner, abetted by some of Oakland’s finest hunched-over abstractors.

It’s probably owing to Turner’s reputation that the tiny West Oakland space where the band was set to perform filled quickly on a Wednesday night. As the scruffy, friendly young man accepting donations on the artists’ behalf put it, “This isn’t the kind of music that plays in bars.” It’s true — noise doesn’t exactly sell drinks. 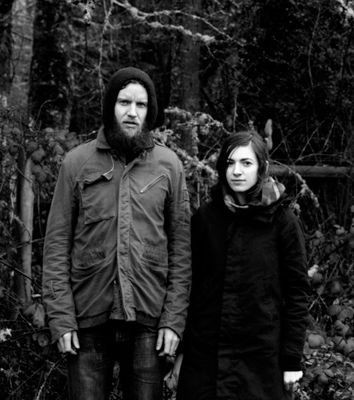 Improbably, the evening opened with musical comedy via San Jose’s Sad Vicious. It was a hilarious meta performance in which Scott and Stew, ostensibly Best Buy clerks, fumble through the protracted process of setting up their own performance. As with most good comedy, it completely evaded explanation. Please see Sad Vicious any chance you get.

This transitioned surprisingly well into the drums-and-processing duo Black Spirituals. Its set was a poignant aural assault of drones coaxing free-jazz drums to crescendo. From there, the members issued a compelling plateau of doom metal atop percussive skittering. Volume was their ally as they glided over a saturated plateau of deafening processing for most of their set, until they settled down into a gorgeous Elvin Jones-style drum solo. The band closed with crushing synth stabs, which set the bar high for the musical portion of the night.

House of Low Culture was up next — a wise move as the midnight hour approached. Keyboardist Faith Coloccia set up her enormous Korg synth as the DJ excoriated the room with black metal. After a quick introduction, Turner began a slow build via guitar and effects pedals that grew deafening, making full — perhaps excessive — use of his arena-ready half-stack. It sounded like it could have been an Isis riff were it not bound for distorted chaos. The chaos crescendoed into sustained brutal abstraction that finally settled into gentle, Eno-esque washes. It was a highly visceral performance that, thankfully, wasn’t over-intellectualized. The set was over before it had barely begun — but it’s best not to overstay one’s welcome in this style of music.

Cellist Helen Money closed out the evening with distorted, looped, Helmet-like riff stabs — like a one-woman Amphetamine Reptile revue. Her amplified cello melodies remained relatively simple, a welcome contrast to the dense swaths of sound created by House of Low Culture and Black Spirituals. It was a surprising diminuendo on an eclectic evening of music, one that often bucked its definition as a “noise” show and sincerely entertained its audience. It can’t always be this good, but when it is, it’s truly special.