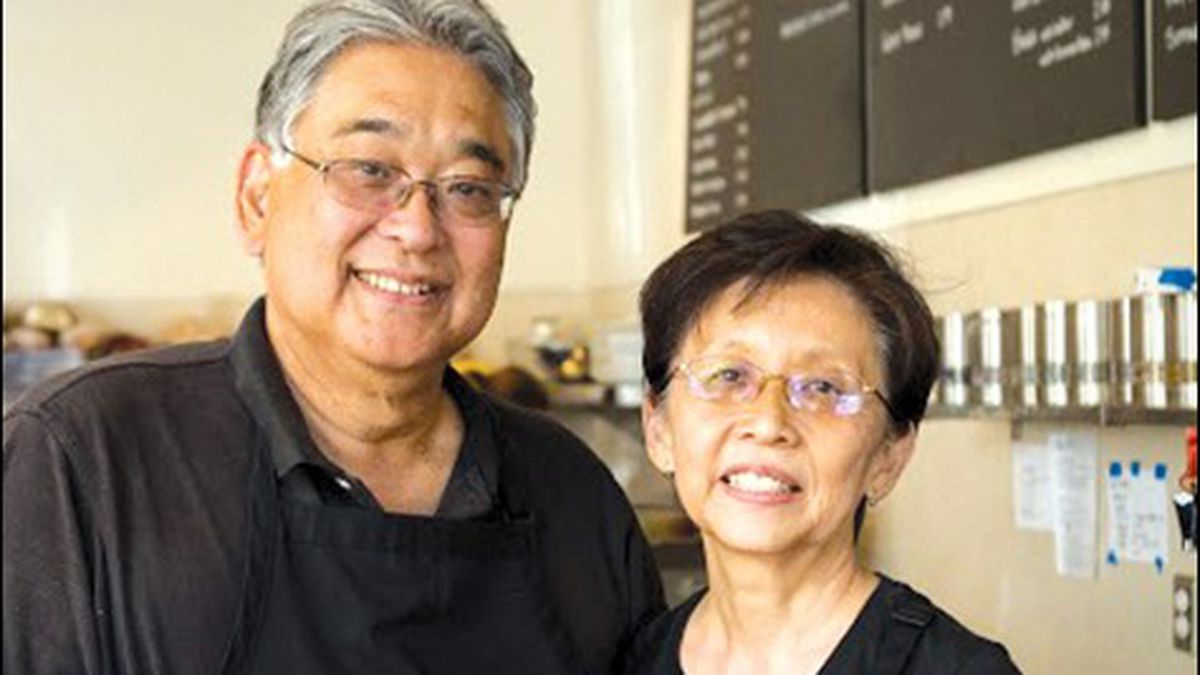 Berkeley residents and small businesses rallied to help a small independently owned cafe in Berkeley when a corporate giant threatened it.

Michael and Susan Iida spent two years researching the coffee trade before they opened Mokka cafe in Berkeley. They read numerous books, took classes, attended conventions, and sought the expert advice of the Specialty Coffee Association of America. The two Bay Area natives, who are both graduates of UC Berkeley, had long dreamed of owning a small local business. They plotted locations on a map and noticed that a big, empty area south of the Cal campus near Alta Bates Hospital was not being served.

“At the time we opened Mokka, the only coffee cafes on South Telegraph were cafe Mediterreaneum and the interior coffee counter at Whole Foods,” Susan Iida said. “We thought the combination of the local businesses, the hospital, and the neighbors in this area would be great for the cafe we envisioned.”

Since its opening in June 2006, Mokka, located at 3074 Telegraph Avenue, has been a neighborhood coffee shop/cafe/oasis that serves longtime residents, hospital employees, visitors to area medical offices, students, and newcomers alike. The cafe offers organic/fair trade coffee and teas, as well as breakfast items made from locally sourced and sustainable ingredients.

Perhaps it was inevitable that a well-heeled mega-chain would eventually attempt to establish its own outlet on Mokka’s turf. It turned out to be the giant Starbucks, which, like other chains, often opens new outlets in areas in which locally owned cafes are already thriving. But in Berkeley and other East Bay cities, local residents and small business owners increasingly realize the threats that national chains like Starbucks can pose to local economies — by shipping retail dollars out of the area and undercutting locally owned stores that contribute a far greater proportion of dollars received back into the local economy.

In this case, neighbors and small business owners in the South Berkeley Bateman neighborhood rallied around Mokka and Michael and Susan Iida — and against the planning process that had quietly green-lighted the new Starbucks cafe. They fought the proposal, raising concerns about Starbucks creating traffic and the lack of parking in the area, and objecting to what they saw as the City of Berkeley’s too-quick approval of Starbucks’ permit.

“We realized that there was a coalition of people who just didn’t want another high-traffic business” at the notoriously busy intersection of Ashby and Telegraph avenues, Susan Iida said.

Over the past eight years, the Iidas have become a mainstay in the neighborhood and have forged relationships with many local residents. The couple is always at the cafe, and they employ eight other people. The cafe focuses on individually crafting drinks with the finest ingredients. Equator Estate Coffees & Teas of San Rafael roasts the 100-percent organic/fair trade blended and single-origin coffees and sources the teas.

The Iidas’ commitment to the local economy and sustainability is evident as soon as you step into Mokka. Semifreddi’s in Alameda and the Starter Bakery in Oakland supply the cafe’s baked goods. For lunch, Mokka specializes in hot panini sandwiches and cold subs, with organic, sustainably raised meats from Diestel of Sonora, California and Niman Ranch, headquartered in Alameda. Bellweather Farms of Petaluma supplies the cheeses. Salads include unusual fare like Quinoa Citrus and Strawberry Crunch. Throughout the day, those who crave sweets can sample gelato from The Latest Scoop and cookies from Phoenix Pastificio, both based in Berkeley. “Half of our customers think we’re a coffee place,” Michael Iida said. “The other half think we’re a lunch cafe.”

Mokka sells more drinks than food, and the Iidas estimate that 80 percent of their business comes from local customers. The couple view Mokka as more a cafe than as a coffee shop hangout. Although the cafe provides free wi-fi, Mokka purposefully has a dearth of public electrical outlets, and the network connection is often cut off during the lunch rush. Although they welcome students and telecommuters, the Iidas say that don’t want Mokka to be a place where customers are fixated on their electronic devices.

By March 2013, Mokka had also helped make the area more walkable and inviting. However, the news that Starbucks planned to open a large cafe just two blocks away, at 3001A Telegraph in the new Telegraph Gardens complex, caught the Iidas off guard.

Mokka’s supporters then grew suspicious that the city was going to allow the new Starbucks to open under a special set of rules, known as an Administrative Use Permit (AUP), that included regulations regarding parking and hours of operation that were different from those governing similar businesses in the neighborhood, including Mokka.

Local residents and businesses launched a campaign to overturn Starbucks’ AUP. The cafe hosted meetings with members of neighborhood associations and other interested parties.

“Whatever they asked us to do, we were more than happy to help,” Michael Iida said.

In response to the granting of the AUP, the BNA board decided to help fund an appeal to Berkeley’s Zoning Adjustments Board. BNA members were concerned about the operating hours of the new store, specifically, about its plan to open at 5:30 a.m. Starbucks also wanted the location to be nearly 2,100 square feet, which, Johnson said, “is just huge for a quick-serve food establishment.”

It bothered Johnson that Starbucks got the city variance without effective public comment. “It was just going to be plopped down.”

The biggest concern, however, turned out to be that Starbucks planned to provide no off-street parking for potential Starbucks customers. According to City of Berkeley spokesman Matthai Chakko, businesses must provide one parking space per 300 square feet of retail space. Starbucks claimed that it had four spaces available — even though not accessible by the public — and the city granted it a waiver on its other three required spaces.

The Zoning Adjustments Board, nonetheless, denied the BNA’s appeal, so the association took its complaint to the city council. The March 11, 2014 council meeting attracted more than 75 residents and supporters of Mokka. Small business owners, dentists and therapists, bicyclists, parents, commuters and representatives from nearby neighborhood associations conveyed their concerns about traffic congestion and parking difficulties at the intersection of Telegraph and Ashby. The council voted to grant the appeal and revoke the AUP.

The threat to Mokka isn’t over, however. On April 8, Starbucks submitted to the city an application to build a “demising wall” in the corner retail space of the Telegraph Gardens building, cutting the café’s footprint to 1,333 square feet. Because only businesses in excess of 1,500 square feet require an AUP, the efforts of Mokka’s supporters suddenly became moot, and on May 8, the building permit was approved.

Bateman resident and AUP co-appellant Jim Smith, however, sees a small silver lining. “I think what the community gets out of this situation is the process of organizing itself, of people talking about the issues, thinking about commercial development near a residential neighborhood,” he said. “A lot of conversations happened that would not have otherwise.”

Locals say they plan to continue to patronize Mokka whether or not Starbucks moves in. “I generally boycott Starbucks anyway and will continue to drop in at Mokka,” said neighborhood resident Amy Kaufman, noting appreciation for Mokka’s quality and style. “The fact that it is locally owned is an added bonus.”