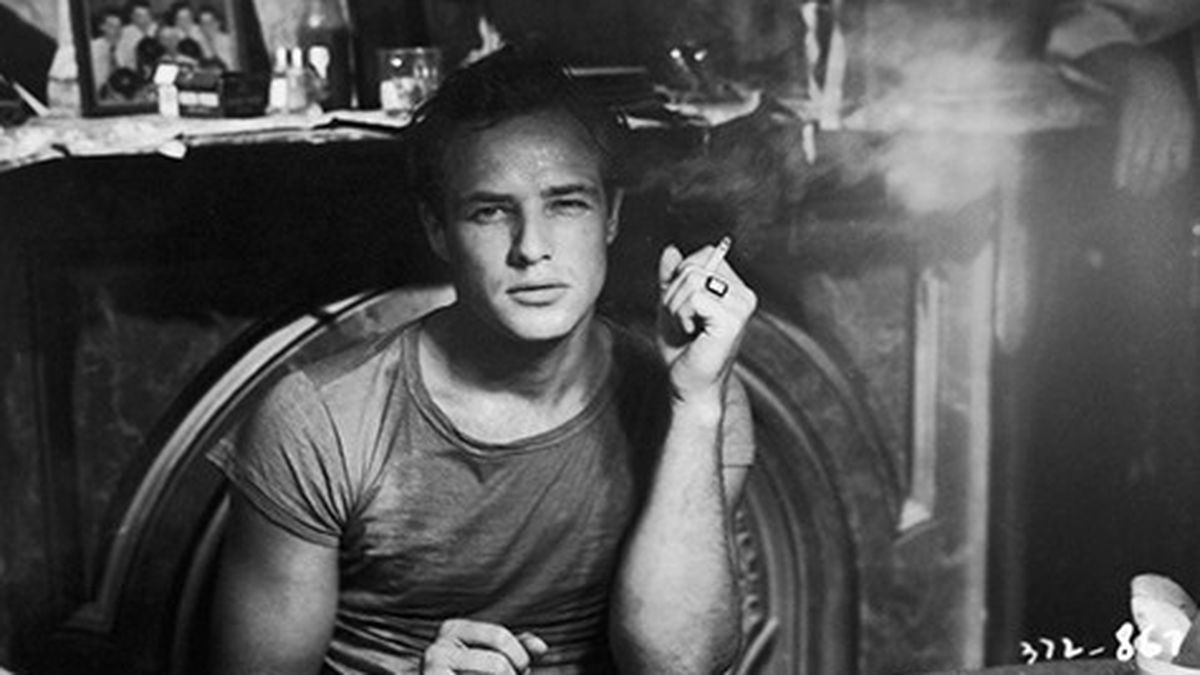 Listen to Me Marlon Offers a New Look at Brando

Stevan Riley's new doc will help fill in the gaps in your knowledge about the late Hollywood movie star.

So you think you know everything there is to know about Marlon Brando? Stevan Riley’s informative new doc Listen to Me Marlon might convince you otherwise, and help fill in the gaps in your knowledge about the late Hollywood movie star. It’s based on an enormous cache of audio tapes maintained by Brando for virtually his entire career, now edited together with film clips and archival footage of the actor, plus some stylish but basically useless holograms.

It’s amazing how much the young “Bud” Brando facially resembles today’s James Franco. Brando reflects on his dramatic training at the New School with Stella Adler, segueing into a Stanley Kowalski clip from A Streetcar Named Desire. We learn Brando’s basic theory of film acting, as it relates to the audience’s popcorn consumption: “Figure out a way to do it that’s never been done before. Get them to stop chewing.”

Director Riley digs up fine candid footage and utterances about On the Waterfront; Mutiny on the Bounty (Brando hated it, but admired the “ungoverned faces” of Tahitian islanders); The Godfather; Last Tango in Paris (Brando pretty much played himself in that one); and Apocalypse Now, for which he rewrote his lines while cast and crew sweated in the Filipino sun. Brando’s solidarity with African and Native Americans is well known (“We are all living on stolen land”), but evidently his contempt for authority goes back to his disapproving father in Nebraska.

Listen to Me Marlon, which premiered in the Bay Area at the San Francisco International Film Festival last spring, suffers intrinsically for its lack of other perspectives, but there are quite enough critical studies of the brash young method actor who mumbled his way into the pantheon. If we want to know what Brando himself thought, about everything from typecasting (strong dislike) to crowds (he was terrified of them) to hypnosis as a cure for obesity, we can rely on this film. In it, we get to know him like never before.