A group of photographs explore the horizon line, with the best of them turning it into an intriguingly ambiguous construct. 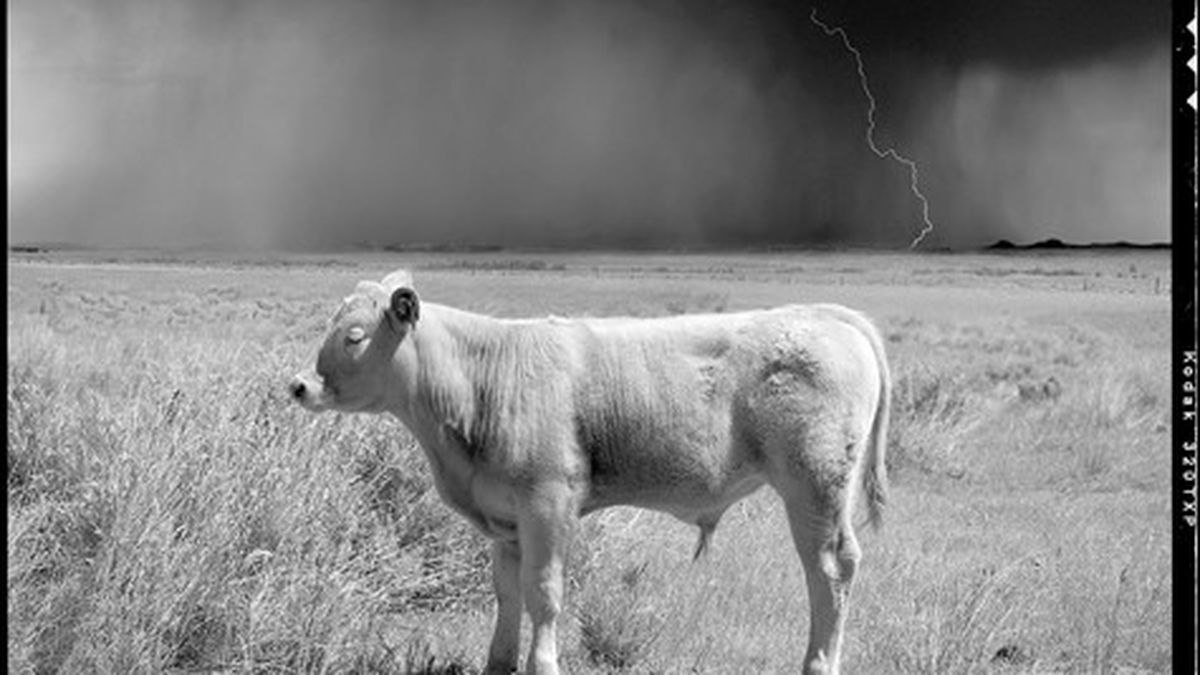 A world of mood rides on the placement of the horizon line. Consider the great Dutch landscape artists, who slung the tree line low, allowing Holland’s famously stormy skies to fill the canvas and usher in the sublime; or, obversely, Cindy Sherman’s iconic “Untitled Film Still #14,” in which looming New York skyscrapers crop out all but a small patch of sky near the crown of the encaged, anxious-looking subject’s head.

Curator Renny Pritikin leads into Reconsidering the Horizon, the group show he organized, now up at PHOTO Gallery, by way of a John Ford quote suggesting the importance of such composition to the Western film genre. Pointing to some stills from his previous films, the legendary director reportedly said to an aspiring young filmmaker, “Look at the horizon line and figure out why it’s placed where it is. That’s all I’ll tell you.”

Of course, meaningfully accessing a photograph involves more than simply analyzing the position of the horizon line (no need to bring the sextant out of storage). In fact, the photographs in this exhibition that draw the most attention to their horizontals tend to be the least interesting. For example, a number of artists get up close to walls and windowsills for some reason. Then there’s Tom Lavin’s shot of a string of distant rowers, dispersed along the very-bottom edge of the picture plane beneath a massive white expanse, which has all the personality of a calendar photo or motivational poster. Ari Salomon uses a panorama effect to capture close to 360 degrees of an industrial Chicago skyline from the wood and steel-crossed perch of a railroad bridge, cramming in enough visual information to feel forbidding, but not enough to awe.

The best photographs in the exhibition achieve gripping presence or a current of mystery, often by controlling the amount of information they offer. In direct contrast to Salomon’s piece, Erin Malone’s platinum palladium prints offer only modestly sized, blurry images — in one, a barely discernible female figure reaches into a bag at a fork in the road. But somehow you are there, a voyeur. The blurriness of the image compels such an engaged manner of looking. If the horizon is that beyond which we cannot see, then its position in this photograph is stirringly ambiguous. Many pieces in the show construct such indeterminate spaces — a mysteriously blank, oval interior lit only by a horizontal strip of recessed lighting; a corner of an unusually large-looking bathtub containing what seem to be storm-tossed waters; the faces of a media-flanked crowd at a rally for an unspecified occasion. Even Steve Epstein’s photo of a cow, standing in perfect alignment with the picture plane as lightning strikes in the distance, manages to take on a decidedly supernatural aura. In these fantastic images, it becomes unclear just where the horizon is, or on which side of it the viewer stands.