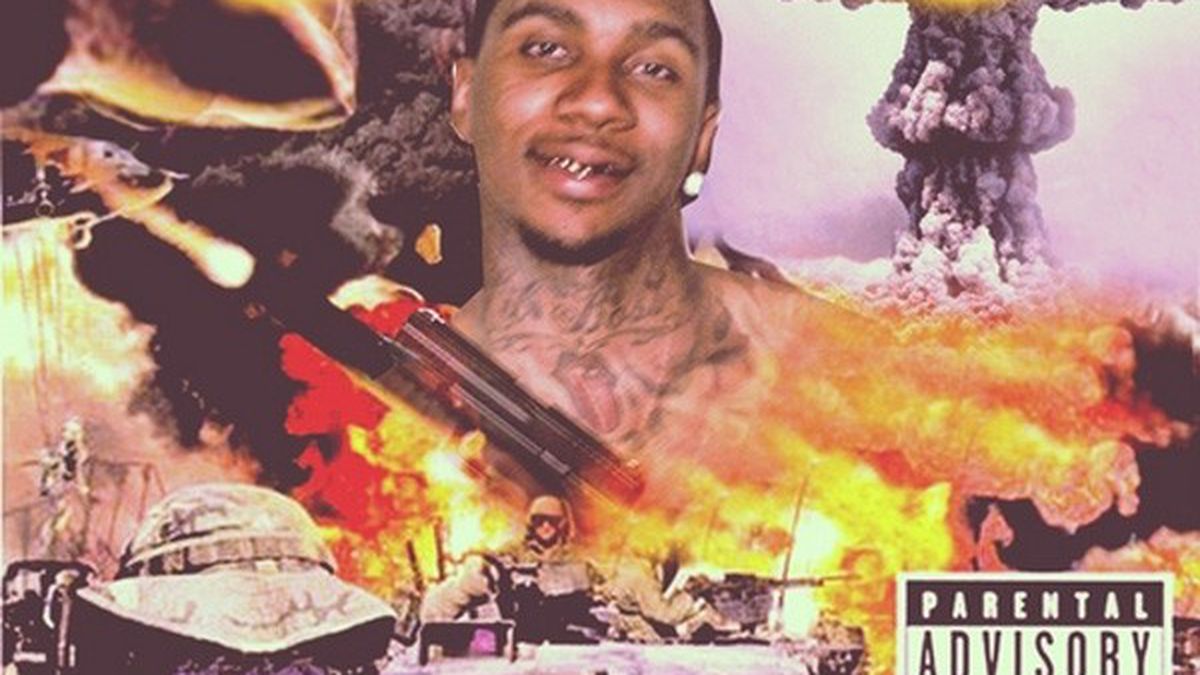 Anyone even passingly familiar with Brandon McCartney shouldn’t be disappointed with White Flame. In more ways than not, this 21-track mixtape is par for the course: an erratic beat selection and rhymes than make as little sense on wax as they do on paper (e.g., I set a great example/Girls love my penis — huh?). By tape’s end, you feel delirious, as if you’ve just inhaled an air of asphyxiating toxins.

As an immersive experience, White Flame can be fascinating; as a hip-hop album, though, it’s somewhat ill-considered. The problem remains that Lil B is an unpolished rapper and melodicist. Because he has no sense of timing and no flow to speak of, even the more listenable durations of White Flame basically amount to a slam poetry reading.

In his defense, the Based God has never waffled on his commitment to sonic messiness — 2011’s I’m Gay was the most free-form hip-hop album in years — and White Flame is just outlandish enough to work. The pop-culture trash-out “Based God Fucked My Bitches” even recycles a vintage Daft Punk song in perhaps the most shameless genre-crossing clusterfuck since Girl Talk.

He channels Prince (the “I Will Die 4 U”-sampling “Fed Time”) and Mannie Fresh (“I’m Fabio”) to mixed results, but fares nicely over original beats like “Tank of Propane” and “Les Miserable.” It’s still unclear whether or not Lil B can salvage enough self-discipline to record I’m Gay‘s proper follow-up. In the meantime, the alternately preposterous and revelatory White Flame should certainly tide you over. (self-released)