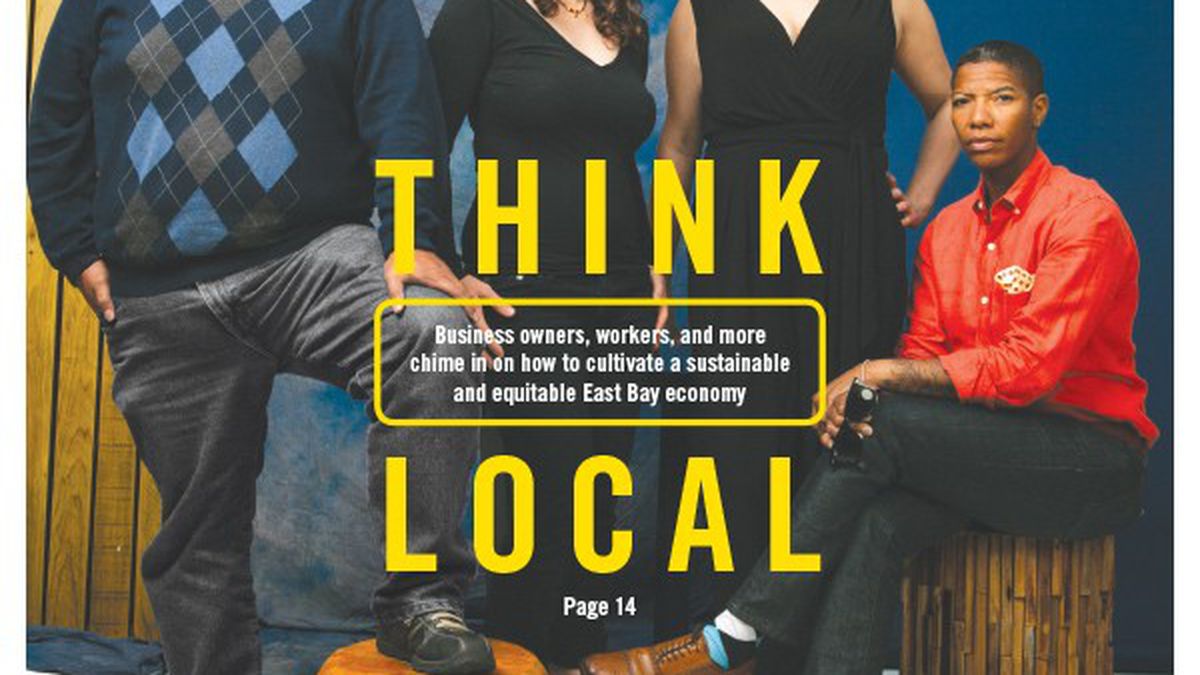 Letters of The Week: The Arrest of a Fruit Vendor Caused Quite A Stir on Social Media

by East Bay Express readers
May 17, 2017
“Alameda Sheriff Deputy’s Arrest of Street Fruit Vendor Goes Viral and Draws Criticism” by Darwin BondGraham, Seven Days, May 12:
Stop Wasting Tax Payer’s Money
Every day I lose more and more respect for law enforcement. This guy is just trying to make a dollar like the rest of us. Why waste my tax money on petty, victimless stuff like this? What’s next? Law enforcement is going to start hitting up road side fruit stands selling out of the back of their pickups? How about all the late night riff-raffs selling clothes and miscellaneous junk on the sidewalks? They’ve gotta be taking business away from all those second hand clothing stores. My God! Don’t forget those people selling hotdogs on the street corners late night outside of bars on their own personal grills. I’m sure they’ve got permits for that. Please spend my money on other things other than harassing harmless people committing victimless crimes.

I Fear The Police More Than A Fruit Vendor
One of these men is committing a quality-of-life crime, and it’s not the fruit-seller. My fear of being unlawfully detained by a police officer is much greater than my fear of food-borne illness from fresh fruit.

This Is Just Cruel
They should be arresting drug dealers and people that are committing real crimes, not this poor man that is working hard. I understand there are laws, however, this is just cruel.

Oppressive Apparatus
Law enforcement in America has become an oppressive apparatus against the community. But, at the same time law-enforcement officials are asking for cooperation to fight crime. How will a community cooperate when they see injustices against someone who is making a living by selling his produce instead stealing or begging?

Arrested For Earning A Living
A descendant of European colonizers arresting a descendant of the original native founders of the American Continent, just for earning a living. If U.S. corporations would increase wages at assembly plants in Latin America to, say, $25 a day, for assembling our cell phones, hearing aids, laptops, televisions, earphones, etc., most Latino immigrants would not abandon their country of origin to come over and face racial persecution, pubic humiliation, and jail!

Lemonade Stands Next?
Interesting that kids selling lemonade on the corner isn’t a crime, but someone supporting probably said kids selling fruit that made lemonade is a crime. Maybe he should’ve sent the kids, instead.

“Oakland Fire Department Hits Hills Homeowners With Erroneous Inspection Bills” by Darwin BondGraham, News, May 11:
Compensate Citizens For The City’s Errors
[The City] should compensate citizens for the systemic time-burn created by their errors and omissions. Only then will there be real change, as presently there are no consequences to their issuing false fines and fees. A citizen not having to pay an unjust fee or fine that they never should have charged in the first is hardly a win.
Here’s a thought: work with your community and educate them on fire safety, and communicate clearly what the rules are. I am shocked to see how many up here are enraged, confused, or stressed about this matter. Meanwhile, the city cannot fill pot holes, resolve homeless camps or illegal dumping, or clean up their own lots, and we do not see them “fining themselves,” do we? Instead, we see their acting CEOs (Chief Excuse Officers) providing various “messaging” about why they cannot or will not fix things.

“Town Business: Marijuana Is the Most Common Bust Oakland Cops Make When They Search Someone” by Darwin BondGraham, Seven Days, May 8:
Incoherent Policies
The hope is that the establishment of the police commission in the fall will provide a mechanism to address self-contradictory and incoherent police policies and behaviors that are costly, ineffective, and incompetent. These incompatible and often disconnected practices are what give rise to the distrust many community members have in their government, and the allocation of resources reflected in budget proposals. The community will need to challenge the police commission to ask the hard questions and demand explanations, and the police commission will need to review these policies and practices and fulfill the Measure LL mandate to implement policy changes when appropriate.

“Legion of Bloom Terrapen Vaporizer Hits Smooth And Looks Slick” by Daniel Barnes, We Didn’t Get Paid To Like This, May 3:
More Pot-Review Disses
If all Express reviews read like its marijuana product reviews:
Fusion Restaurant XYZ serves an assortment of “dishes,” which the user can choose from and consume. After commencing intake of said product, I noticed a gradual, pleasant diminishment of hunger, accompanied by feelings of satiety and contentment. The restaurant notes that such satisfaction of primal survival urges can be enjoyed with friends or alone, though individual dosages may vary.
Definitely-Not-Big-Beer-this-is-the-Express IPA boasts an alcohol content of 8 percent, so the user may experience such desired effects as mild euphoria and tolerance of life’s dysfunction at an attractive dose-to-cost ratio. The manufacturers claim to have invented a strain of organic hops that replenishes itself perpetually when harvested by reformed child soldiers, and we’re just going to take their word for it. Also, it’s a carbonated liquid, and may abate thirst.
Superhero Movie is a succession of moving images synced to sound. The studio claims it to be “the most rip-roaring fun you’ll have all summer,” but our editors only provided us with the first 10 minutes, so we can’t actually confirm that. There’s hardly a paucity of homogeneous summer movies available for the reader to peruse herself, so we just picked this one at random. Bye, now.

Corrections
Last week’s photograph of 1-OAK was by Chris Nechodom.
And the Oakland Book Festival discussion between Angela Davis and Judith Butler is on Sunday, May 21, not Saturday.
Facebook
Twitter
Linkedin
Previous articleAn Oakland Film Series Examines the Black Aesthetic
Next articleToo Many Zooz at The New Parish