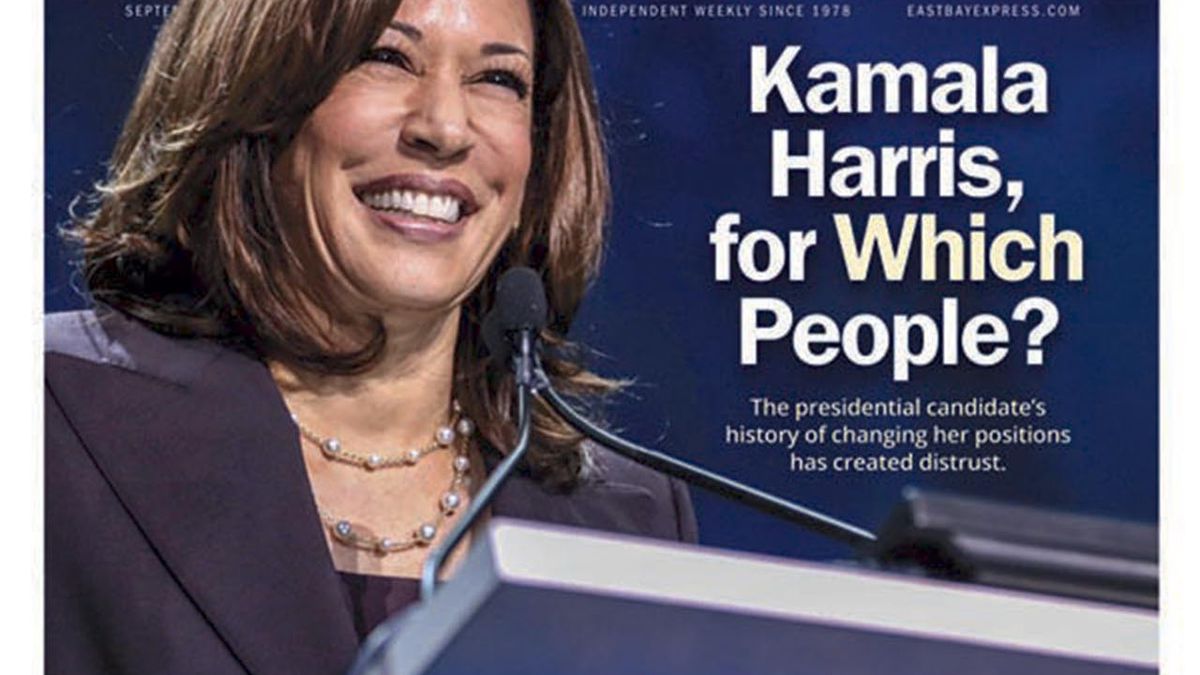 Harris Will Not
Be President

Harris is somewhat of a nothing burger. She cajoled, faked and did much worse to slime her way through a very slimy system. Her behavior at the Kavanaugh hearing was atrocious; rude and self-obsessed to a fault, but not for seeking truth about Brett just the big show for herself to begin to get her name out there. Now, she’s flopping mightily at this point, sinking fast. As a senator she is already way over her head. She will not be president.

We should remember that she started her SF DA role in a corrupt and collusive office with three strikes against her: she was young, black and female. In that environment she needed to survive by gaining at least working relationships with her department, and some of the decisions that seemed to be hers alone were surely the result of internal pressures to fit in.

She’s drifting down the presidential lists mostly because of high-level campaign decisions made by party-conditioned managers: trying to compete with the strengths of the other candidates on policy issues rather than building from her sympathetic life story. “That little girl” was never given a chance to grow up.

But she’ll come out fine. In 2021 she’ll be in one of four positions: president, vice president, California senator or US Attorney General (where she can pick over the bones of the former Trump administration). Still. Only 54, she could still run for president in 2040 — giving her plenty of time to gain experience and political gravitas.

I suggest looking at former Attorney General Harris’s weak action in the foreclosure crisis, inaction despite many possible avenues. a) The AG should have challenged the many violations of basic contract law in both sub-prime and predatory lenders’ coerced promissory notes. b) The state could have prosecuted the steering of well-qualified borrowers into unnecessary sub-prime rate loans. Practices were so bad that the Federal Reserve Bank itself was shocked. c) The AG could have prosecuted the targeting by race for loan predation. d) the AG could have prosecuted the myriad of bad practices of lenders during foreclosure itself. In California, home loans are secured by deeds of trust that avoid judges’ intervention to protect the borrower. e) The AG could have advocated predation prevention by proposing changes to California’s unusual reliance on Deeds of Trust. In other states, judges stopped evictions, thereby disincentivizing lenders’ bad practices.

Many of the worst lenders had connections in California: Wells Fargo, Bank of America, Countrywide. Others were the darlings of Wall Street bankers or of California, the main-line banks’ affiliated ‘mortgage’ packagers. In fairness, not just AG Harris, but all responsible departments in California failed to act in the foreclosure crisis with too-late laws and ultimately going after the tiniest of fish. Whereas California failed to understand the vulnerability of its home buyers, many states in the 1990s acted to preempt predatory practices and succeeded so well that the Bush Administration moved to preempt state actions.

A Heroic Attempt to Mitigate Overpopulation

What you also don’t seem to know is that because of the one-child-family policy, young Chinese people don’t want to have more than one child now. These people realize that their lives will be better with only one child, plus they say that that’s what they’re used to now.

Your review was a very unfortunate regression from the Express‘ recent feature article about overpopulation.

Stories of a Place