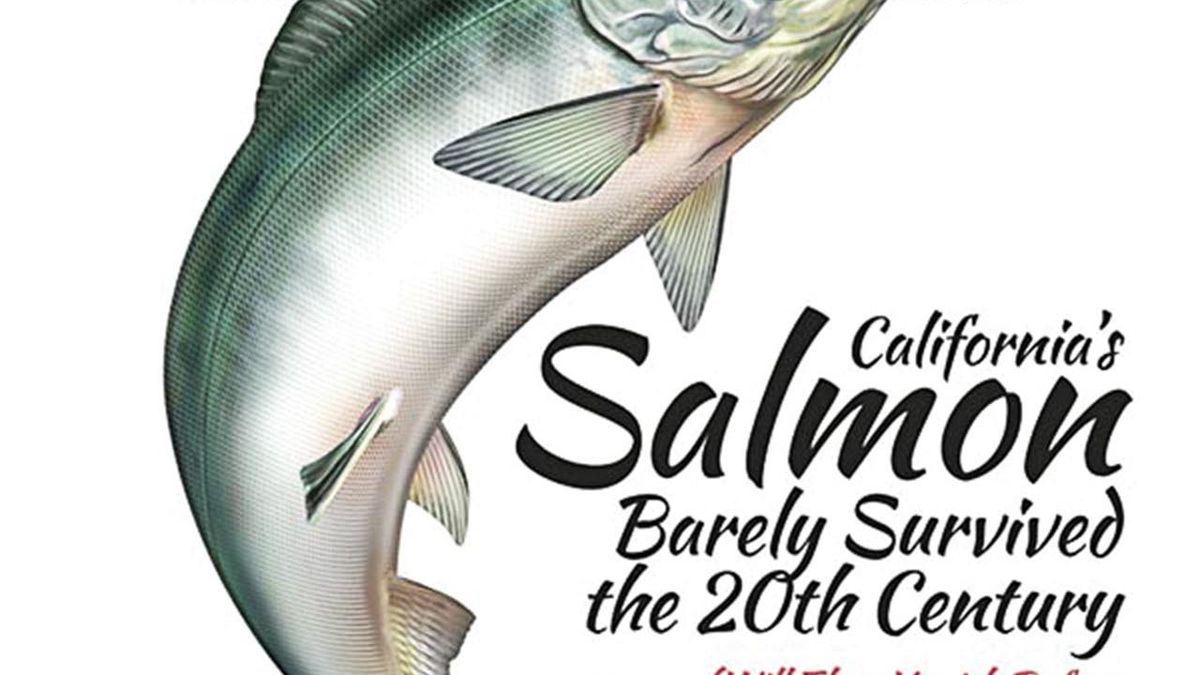 California’s Salmon Barely Survived the 20th Century, (But Will They Vanish Before the Next One?), Feature, Jan 8

Good Story, But the Truth is a Bit More Nuanced

Mr. Bland wrote one of the more balanced essays on the use of water in California. Even so it sounded to me like a story of fish farmer versus crop farmer. And there are a few other things worth mentioning.

San Joaquin River salmon restoration could have been accomplished decades ago if the NRDC lawsuit would have allowed some flexibility. Unlike other rivers in the Central Valley, the San Joaquin’s course doesn’t follow a canyon for most of its length. The historical flow path of the river changed annually depending on hydrologic conditions. The flow would emerge from the Sierra Nevada down a canyon but then the river would spread out across a plain. The water there was much shallower and the temperatures under natural conditions would prohibit salmon from reaching the mountains some years. During some droughts before dams were built the San Joaquin River wouldn’t produce enough water for salmon. Restoring the river to its “natural” conditions was an iffy prospect to start with as there is no longer a flood plain for the various channels to flow through. Had the proponents in the lawsuit allowed a trench to be dug through the shallow area, trees planted along its sides to provide shade and help keep the water cool there is a very good case to be made we’d have achieved a sustainable route for migrating salmon.

While predation was touched upon in the essay, the fact that 90 percent of the out-migrating juvenile salmon are eaten by non-native predators such as striped bass should cause some concern. The bass sport fishing industry has successfully blocked raising the limits on one of salmon’s greatest current threats.

The renewed Central Valley Project contract that Westlands Water District is negotiating with the US Bureau of Reclamation is the exact same contract being offered to every other CVP water contractor as a result of a law signed by former President Obama; which kind of dilutes the theory Interior Secretary David Bernhardt is playing favorites.

And, finally, it is the timing of the flows that matter most. On average, 10 million acre feet above and beyond all the water required for habitat and saltwater control, known as the X2 line, flows out to sea annually. During wet years it could be many times that. Plans to use sand filters during high-flow times could prevent all entrainment of fish in the Delta pumping plants and even fish eggs and larva for a fraction of the cost of high speed rail from Merced to Bakersfield or tunnels under the Delta.

I submit there is enough water for all of our needs. It’s just in the wrong place at the wrong time. Once folks can agree to that maybe we can find other areas of agreement and start working together for the common good.

Kudos for an excellent overview of the impacts that our state’s historic economic development and population growth has had on our native salmonids. This is a sobering and balanced summary. We can’t undo many of the past decisions, but we can push for enforcement of the laws protecting California’s natural resources. Ensuring sufficient water to critical spawning habitat and to floodplains for juvenile rearing of salmon and steelhead is one small step in the right direction.

The statement by one commentator that “90 percent of out-migrating salmon are eaten by non-native species such as striped bass” is not supported by scientific data. See Dr. Peter Moyle’s 1/12/20 blog on the UC Davis Californiawaterblog.com website on striped bass in the Delta:

Congratulations to Mr. Bland on one of the best articles I’ve seen on this issue! I would point out that the San Francisco Public Utilities Commission, which manages the Hetch Hetchy Water System, has been one of the biggest opponents of improving instream flows, despite the strong environmental ethic of their constituents. Dave Roche, Diablo Valley Fly Fishing Club Conservation Committee. Folks can learn more at:

Fish vs. farmer or even fisherman vs. farmer ignores the fact that Delta farmers are dealing with increased salinity in soils there because of the shortage of fresh water flowing through the Delta. So, it’s also (Delta) farmer vs (San Joaquin Valley / Westlands) farmer.

Of course the latter are more numerous and wealthier (think the ‘Pom Wonderful’ billionaire Resnicks).

AB5 is opposed by all sorts of freelancers and independent contractors, from ones who just don’t want to be 9-5, Mon-Fri employees, to individuals needing part-time work, to minorities of all sorts who are discriminated against in the dominant job markets.

The law favors higher-paid contractors over their lower-paid colleagues (for instance, doctors and dentists are exempt from the law while nurses, medical techs, and dental hygienists are not), arbitrarily limits the availability of news and media workers, and strips copyright from them when they’re made to be employees.

Qualifying for the main exemptions requires passing two tests that duplicate each other, as if we had to pass two written tests with duplicate questions to renew our drivers licenses. And all the benefits touted by the advocates of AB5? Applying for them can be torturous, they’re too small and don’t last long enough, and part-timers don’t qualify for some of them at all.

What’s worse, employers’ main response to AB5 is likely to be hiring from temp agencies instead of hiring direct, which reduces workers’ income by the 20-40 percent cut the agencies take from the workers’ pay.

Berkeley Greenlights BART Housing in Principle, But the Devil Is In the Details., News, Jan. 22

At the end of the day, the best project would be somewhere in the middle of the two neighborhood priorities. That is a high density development that includes both affordable and workforce housing. There is a strong need in the East Bay for both. When I say workforce housing, I am talking about units at the mid to low end of the 80-120 percent of the median income range. This is a rare opportunity for both.

Lee-Egan of North Berkeley Now said she’s lived in the neighborhood near the BART station about six years and “always felt the surface parking lot was underutilized.”

Yep. I guess that’s why all the 4 hour parking signs on the adjacent streets, right?

And be sure to build it high like they do in Emeryville.

Sadly the demodogs of today are Not like this at all. RIP Pete S.

The Suds Runneth Over, The Beer Issue, Jan. 29

Here’s an idea: Stop making so much IPA. My friends and I don’t drink craft beer for the most part because it’s mostly easy to produce IPA or some derivative of that. The last thing I want to drink is an IPA on a hot day; BLECH.

Carbon-Free Power at No Charge. What Could Possibly Go Wrong? News, Feb. 5

Why is PG&E doing this?

Answer: PG&E’s new CEO is a card carrying member of the nuclear priesthood:

Break Dancers
and The City

This is really a beautiful, thoughtful, and observant essay. My only quibble is that “city” in the quote from Danny Glover should be capitalized. In the Bay Area, San Francisco is “The City”.

“The City” is what people from San Francisco, Marin, and parts of San Mateo County call it. The rest call it “San Fran” or maybe lower-case “the city.”

“Appreciate the break-dancers who enliven the BART commute.” Maybe they enliven your commute. Presuming a right to take over a captive audience in a public space is just another form of disrespect.

What Ever Happened to Private Property Rights?

Wait, Rebecca Kaplan is suggesting that the city FORCE someone to sell their property to two homeless mothers? IT’s time for Rebecca Kaplan to take a hike.

The squatters need to be removed immediately. Kaplan and Bas want to give the property to them. That’s incredible, mind boggling, and completely ridiculous.

Nice to hear someone so talented is originally from Walnut Creek.

I am super impressed ! This kid is amazing, nothing but love in his heart.