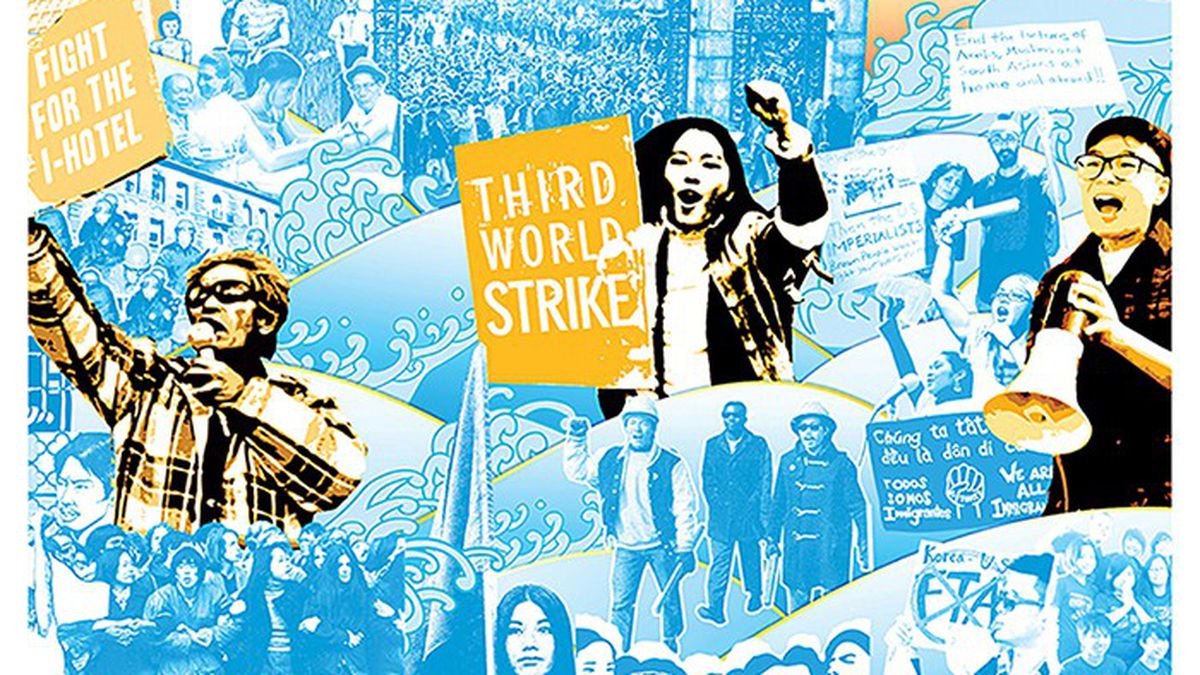 Readers sound off on gentrification, race, and local music.

We are aligned in our desire to see the flow of displacement stemmed. Our biggest asset as a community is our economic and cultural diversity. Housing becoming unaffordable directly threatens that asset. None of us wants to see Oakland become the next yuppie playground. But policy positions that oppose the development of market-rate housing directly drive rent increases and displacement. Halting development worsens our situation, it does not ameliorate it.

The California Legislative Analyst’s Office (LAO) has confirmed that the skyrocketing cost of living, not just in the Bay Area, but also in all of Coastal California, is directly correlated to failure to develop new housing. This is because of a simple truth: The demand to live in an area is equivalent to the aesthetic attractiveness of that area, the quality of the weather, but first and foremost, the job growth.

The Bay Area has seen runaway job growth in the past fifteen years, and, in comparison, virtually no housing development. As such, the LAO has estimated that, to keep cost of living stable, Alameda County should have built about four times as many housing units as it has.

Any market-rate development will be “luxury housing.” This is a symptom of the hole we have dug ourselves into. If we’d continued to build over the past several decades, this would not be the case. But building a unit here or there, seeing a yuppie move in, and then saying, “That’s enough, we have to stop,” would be like opening a pressure valve, exclaiming there’s too much pressure, and then shutting it again. It’s going to blow.

Either rents go up in Oakland or the skyline does. Either the people change or the buildings do. If we wish to take any reasonable action to stop the tide of gentrification and displacement, we need to stop burying our head in the sand about the forces that drive displacement. If you are opposed to market-rate housing development in all forms, even when it’s transit-oriented development that tastefully meets the character of the surrounding neighborhood, you have no one to blame for displacement but yourself.

It’s About Race and Privilege

There is no leadership in the City of Oakland ready to have an honest dialogue with the citizens about affordable housing. They are not willing to have the conversation because that conversation always comes down to race and privilege. It’s the race of those with little or no economic or political power versus the privilege of those with access to manipulate the system and maximize their profits. Oakland is not alone.

Despite a 25-year-old specific plan (North Area) promoting dense multiple family housing along East 14th Street in San Leandro, the only development in the ground is senior housing. Why? It is because the citizens and the city council believe that if they build new multiple-family housing there, the “people” from Oakland will move in. The political climate must not have changed much because the only multiple-family housing being built today at San Leandro BART (Davis Street) is for seniors.

When the City of El Cerrito looked to redevelop the El Cerrito Plaza site in the Nineties, they had a menu of land uses to consider. However, what was politically expedient was to build a generic retail shopping center and no housing. Why? Because the citizens did not want folks from Richmond taking over the site and any housing at the BART station would surely have to be affordable.

You can go through many cities in this region and see the same dance. Thank God for folks like George Lucas in Marin County who has enough of his own money to deliver his affluent neighbors the gift of affordable housing and some regular people living in their neighborhood.

If you believe that demand is inexhaustible and that new supply has no effect, then it doesn’t matter if this tower is built or not — the forces driving gentrification are equally satisfied through buying and renovating existing structures.

It’s Worth the Trip

This is the best food in Oakland! I used to go to the Ashby flea market every weekend just for a plate of this deliciousness! We should all pay a visit Malong Pendar’s restaurant! <3 <3 <3 <3 <3!

It was great seeing Bill Collins play those songs at the memorial.

“Takeout Minus the Waste,” Sustainable Living, 4/15

How about just bring your own Tupperware and get a discount?

A large Half-Kudo to the Express for your decision to capitalize Black folks. I have been capitalizing both Black and White for decades, hoping someone would notice, but no one ever has. Neither term is a color term. People of African descent show various grades of brown to black skin, depending on the environment in Africa from which their ancestors came, and also due to what some used to call “nighttime integration” in this country. White people, so-called, are never white, but grade from pale pinkish (of northern origins) to light to dark brown, going south to stronger sunlight. Add mixtures and stir. There is no reason to deny Whites this correction, whether they are too ignorant to request it (except for me) or not. Since when did ignorance serve as a basis for decision-making? That’s a joke, of course. Black and White Together.

Oakland Has Always Held Its Own, Musically

With no disrespect to these (to borrow jazz phraseology) “young lions” of East Bay rap, Oakland and the greater East Bay has already gone through at least two or three cycles as a hip-hop hotbed. The mid/late Eighties saw Oakland well represented by Too Short with his low and slow deep bass tracks, and even MC Hammer was a well respected rapper before being ostracized and ridiculed for being commercial (unfairly and only to see the likes of P-Diddy gain fame by taking up that mantle). The early Nineties saw back packers like Souls of Mischief and the rest of the Hiero collective, the emergence of the Luniz, Digital Underground and its introduction of some guy named Tupac Shakur, the first iteration of E-40 and family (The Click), and the continued presence of Too Short (others of prominence include Spice1, the first iteration of the Coup). All of these groups and others were prominent nationally in the mid Nineties. The likes of 3x Crazy with Keek the Sneek, etc., are essentially the bridge to the Aughts hyphy and today’s current crop of Oakland/East Bay rappers. Oakland has always held its own, musically, and rap is no different.

To imply that Oakland is just now being recognized serves as a poster child for “New Oakland” ignorance to what was here before the ’99ers began to settle here.

About a month ago, I woke up and took the dog for a walk on our quiet street in North Oakland, a mostly residential neighborhood of small bungalows, some artists’ warehouses, and a few remaining industrial businesses. Passing the music studio across the street, I saw a public notice posted announcing plans for a Verizon Telecommunications Facility that proposed eight ten-foot-tall antennas, two generators, gas lines, and cooling system. It was on the Oakland Planning Commission’s consent calendar and was set to go before the commission in the next ten days. I was shocked!

My neighbors and I started talking and calling the phone numbers listed on the notice for the City of Oakland Planning Department and the wireless consultant. We realized we never received any public notices in the mail though some of us live right next door, within 100 feet of the proposed project site. We were able to postpone the Planning Commission hearing to the following month and take what was to become a “crash course” in federal telecommunications law, Oakland city municipal codes, the hazards and risks of living near cell antennas and towers. We learned there are many communities in the Bay Area and all over the country fighting these battles, which usually involve  large sums of money offered by the company that wants to build the antennas and tower in exchange for a lease and a release of liability for any damages incurred.

But what has been really shocking is how the agencies mandated to protect us are actually protecting these large corporations. Municipalities have their hands tied, and planning departments are sometimes bullied by the telecommunications companies if they delay the permitting process. Cities are threatened with lawsuits if they deny permits or rule against the telecommunication company and side with the neighborhood. The Telecommunications Act prohibits a municipality from basing a decision against an installation due to  health risks — which is really the elephant in the room — leaving us combing through municipal codes and looking at the “aesthetics” of these things when really they are dangerous!

We in the Golden Gate district have been working hard to make our neighborhood an even better place to live by planting trees, working with the city to fight blight, to rein in noise and businesses that aren’t compatible with a residential neighborhood. We have supported new businesses moving in: the Destiny Arts youth program, Phat Beets, and other art organizations and projects compatible with our residential neighborhood. Right now we are in the midst of fighting this project and saying to Verizon “this is the most intrusive place for  a large telecommunications facility.” This is through a grassroots effort and the support of communities and organizations that came before us, such as Stop Smart Meters.

I only wish the City of Oakland would do more to protect its citizens from telecommunications companies. How about a Wireless Ordinance for starters to at least set a boundary and prohibit cell installations from residential neighborhoods and places where there are schools or facilities that serve children. We have the right and the power to protect our neighborhoods from projects and development that are harmful to residents. Visit our website FightheTowers.com to learn more about this struggle and how you can help.

The Government Is Not Doing Enough

For two weeks in a row the Express has run letters regarding rent control appealing to the idea that the optimum pricing for housing, particularly rental housing, through the mechanism of supply and demand. What this commentary misses entirely is that market equilibrium can only be established through competition, which ignores that fact that landowners, when determining rent, specifically exploit the privilege they exercise over their property as opposed to exploiting their own productivity or that of anyone else. Landlords have a natural advantage over renters and thereby exercise their greater market power to extract rent.

The government has a responsibility here. It must make the market more competitive by evening out the market power between landlords and renters. If the law of supply and demand does hold true, it does so only in circumstances where the demand-side has enough market power to refuse an unreasonable price and when there is enough supply-side pressure from competitors to drive down prices. This is the exact problem that rent control is supposed to address. The fact that these conditions persist is evidence to the fact that the government is not doing enough to equalize the balance of power and hence foster a competitive market. If you believe in the law of supply and demand, you should support stronger rent control.

Don’t be deceived into believing the “free market” propaganda that, in reality, supports anti-competitive wealth extraction on the part of landlords. It doesn’t help when a city government conspires with developers to inflate land value (and thereby rent) by constructing “luxury” housing complexes. Perhaps if city governments weren’t so dependent on property tax revenue … but that’s another story.