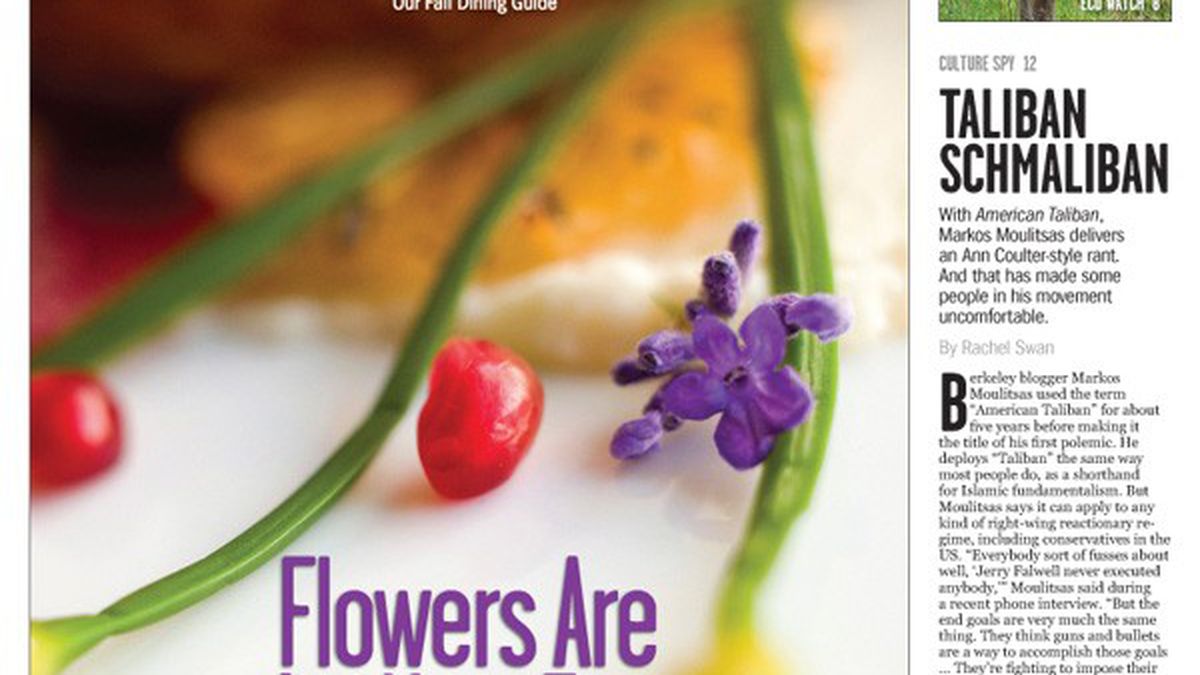 Letters for the Week of October 13

Readers sound off on Marcie Hodge, UC waste, and the need for a grocery in Jack London Square.

As a Ph.D candidate and educator, I am concerned about the dumbing down of America, particularly by journalists presenting sensational items as if they were real news. More and more, we are fed junk information packaged within cloaks of respectability. Robert Gammon’s recent hit piece on my candidacy is a good example of such faux journalism. It appears to have been written in an informational and ethical vacuum.

Mr. Gammon refers to my candidacy as “baffling.” What’s baffling is that he would choose to weave a racist, sexist, and classist web of innuendo instead of addressing the issues. Mr. Gammon’s underlying premise is that a woman like me could not possibly have the resources to launch a campaign without backroom deals. All over Oakland, there are people just like me, who have the intellectual, social, spiritual, and yes, financial, resources to effectuate their dreams. These are the people I represent, the ones Mr. Gammon dismisses off-hand.

Mr. Gammon mentions my mailer but ignores its content. He discusses none of my proposals, for example, my call for an expanded free trade zone at the ports, a mortgage restructuring program to keep people in their homes, smart policing, and a new renewable energy authority, all tied to a jobs training program. What do the leading candidates’ mailers have to say other than finger-pointing and listing Oakland’s problems? We actually offer solutions, like ways to roll back these endless parking meter increases.

I have to wonder if anyone who’s posted a comment here has actually BEEN to any of the Mayor’s candidate forums in the past few weeks and SEEN Ms. Hodge in action?!?! I HAVE! & I have to say that this article rings TRUE to my experience of her performances. Yes, she’s pretty. She IS smart — so the personal opinion quoted by Mr. Brooks seems incorrect. But I’ve been watching her, and she is ill prepared to speak for HERSELF, much less on behalf of the city of OAKLAND! I’d been wondering HOW she could afford the media coverage she’s had when NOTHING she has said supports her as truly qualified and capable of being MAYOR. Now I know. It’s deeply disappointing! It seems Ms. Hodge is basically “Perata-light,” so a vote for her IS a vote for HIM! I LIKE her as a person; I just don’t think she’s the right leader for THIS city, and since I HAVE been listening to her, I think I have some perspective on this topic! With 11 candidates in this race, there ARE some good choices. Even before reading this article I was not finding Marcie to be one of them, and now I’m sure of it! JMHO!

Marcie Hodge is one of ten candidates for Oakland mayor. A video of the debate Robert Gammon described can be found in a September 24 post on the blog A Better Oakland.

Everyone who lives in the area wants a Trader Joe’s, Lunardi’s, or other high-quality grocery store to take over the Barnes and Noble building so that they do not need to drive to Alameda or Lake Merritt for groceries. This would bring foot and shuttle traffic to the area, especially given the scarcity of full-service grocery stores in downtown. Rumor is that the developers either are prohibited by contracts with the prospective “Marketplace” retailers, or simply refuse, on the basis of not wanting to alienate possible “Marketplace” retailers, to allow a grocery store there. This is a big mistake. Frankly, a grocery store would benefit the “marketplace” since it would draw additional people who desire a “one-stop” location.

A Legacy of Waste

Where does all that UC Berkeley money go? A legacy of waste in UC Berkeley Chancellor’s Office: easily grasped by the public, lost on University of California’s President Yudof. The UC Berkley budget gap has grown to $150 million, and still the Chancellor is spending money that isn’t there on $3,000,000 consultants. His reasons range from the need for impartiality to requiring the consultants “thinking, expertise, and new knowledge.”

Does this mean that the faculty and management of UC Berkeley — flagship campus of the greatest public system of higher education in the world — lack the knowledge, integrity, impartiality, innovation, skills to come up with solutions? Have they been fudging their research for years?

The consultants will glean their recommendations from faculty interviews and the senior management that hired them; yet $150 million of inefficiencies and solutions could be found internally if the Chancellor and Provost Breslauer were doing the work of their jobs (this simple point is lost on UC’s leadership). The victims of this folly are faculty and students; $3 million consultant fees would be far better spent on students and faculty.

There can be only one conclusion as to why inefficiencies and solutions have not been forthcoming from faculty and staff: Chancellor Birgeneau has lost credibility and the trust of the faculty and Academic Senate leadership. Even if the faculty agrees with the consultants’ recommendations — disagreeing might put their jobs in jeopardy — the underlying problem of lost credibility and trust will remain. (Context: greatest recession in modern times.)Contact your representatives in Sacramento: tell them of the hefty self-serving $’s being spent by UC Berkeley Chancellor Birgeneau and Provost Breslauer.