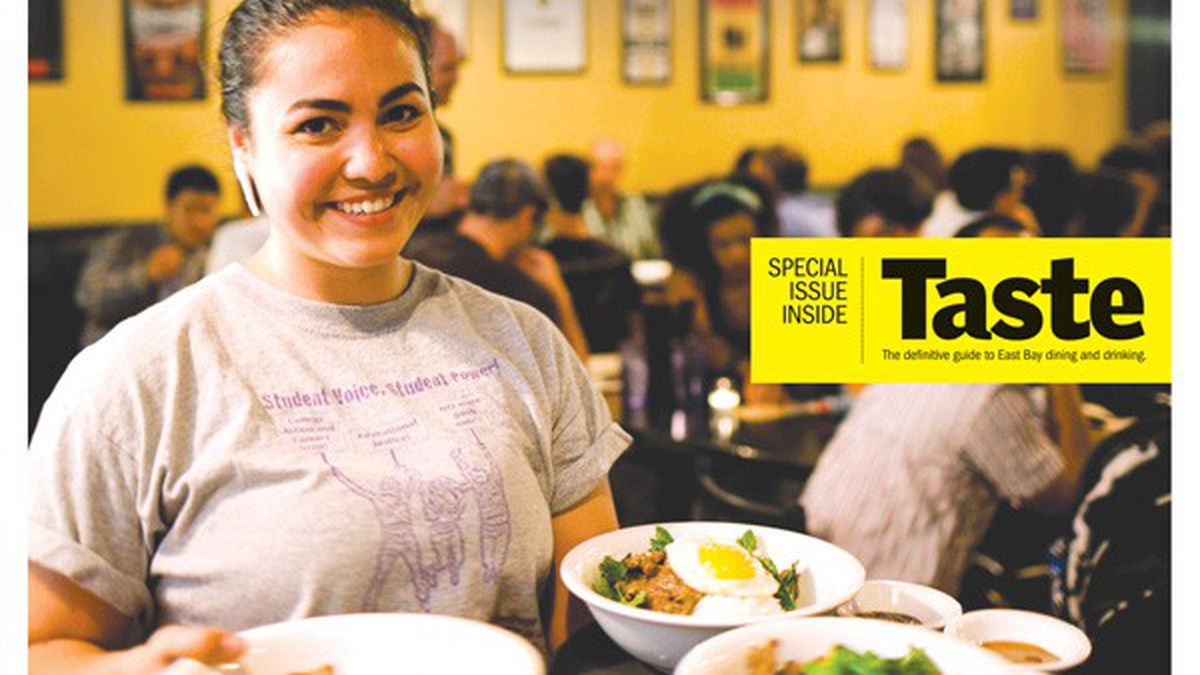 Letters for the week of October 12

Readers sound off on curfews, school closures, and Peet's Coffee.

In Defense of the Food Scene

I had to laugh while reading your vitriolic comparisons between Oakland and San Francisco. It’s true that everyone feels inferior to someone else.

As former residents of San Francisco for more than a quarter century, my family and I lived with the “San Francisco isn’t a real city — not like New York, Chicago, or LA” syndrome, while feeling that in so many very livable ways, San Francisco was and is far superior. And now we’re learning that lesson from the East Bay. True, we live in Albany, not Oakland, but we do venture there (now that there is a “there” there) regularly to seek out eateries and good coffee (when will Peet’s wake up to the fact that over-roasting beans is not the best way to assure a cup of good “strong” coffee?). Sad to say, there is not a single restaurant on Solano I would recommend (Bowl’d was the most recent disappointment).

Okay, so now that I’ve established that I am a dyed-in-the-cashmere San Francisco “foodie” snob, I would like to know exactly how it is that Blue Bottle and Hodo qualify as “affordable,” one of the many praises you sing of establishments founded in the East Bay? We love Blue Bottle coffee and have been enjoying it for years. As a result, I may have to get a second job to continue to afford it. And Hodo wouldn’t be here without John Scharffenberger, whose very big bucks keep its ethereally priced tofus afloat.

Finally (and this is the biggest misconception), we raised our children in San Francisco and believe me, it was great fun for them and for us. So many marvelous things to do and truly great cheap places (under $10) to eat (I’ll be glad to clue you in) as well as frequent, fairly reliable public transportation to get to them (and real bike lanes!). They attended excellent public schools and grew to be confident, savvy urbanites by the time they alighted for far-flung destinations on their own.

Do yourself and us a favor: Resist trumpeting Oakland’s food “renaissance” by “poo-pooing” San Francisco. Believe me, the East Bay only suffers by comparison.

P.S.: San Francisco is a city comprised of small neighborhoods, each pretty self-contained. We lived in a few of them and soon found ourselves familiar to cafe owners, grocery store workers, and shopkeepers, rendering each a small village. Where did you live? Daly City?

“Why a Curfew is Unnecessary,” Full Disclosure, 9/28

A curfew? The Oakland Police Department doesn’t seem to be able to enforce the laws out there as it is. Let’s just throw an extra one out there as a posture-laden Band-Aid.

And that curfew in Fresno? It’s still a crime-infested mess there, curfew or not!

Why Stop at a Curfew?

Thanks for another excellent article. And to Libby Schaaf, who proposes a daytime youth curfew for our city: Why stop at half-measures? Let’s put the kids on 24-hour lockdown, and while we’re at it, let’s ankle-brace the lot of ’em with GPS devices.

Until we stop the huge subsidies and favorable environmental treatment given to the oil and fossil fuel industry, alternative energy will take a long time to become profitable.

Oil ran up to $140 a barrel because of speculators, but at that price everyone started thinking about alternative energy. Silicon’s drop in price may have killed one company, but should not deter others, nor should the Department of Energy stop “lending a hand” to start-ups.

Government money is tight, but some of that is to protect those in office and their backers. If entrepreneurs keep at it — and the feds don’t kill funding but help incubator businesses — solar should be a sustainable industry, let alone its product.

“Although [Tony] Smith hasn’t publicly acknowledged it yet, the outcry from the Kaiser parents probably played a big role in why the school was ultimately spared this year.”

You appear to believe that parent concern for a successful education program is a problem.

“[It] simply wouldn’t be fair to close small schools elsewhere in the city, but leave Hillcrest, and its politically influential parents, alone.”

Was that a typo? Did you mean “hardworking, parent-involved community?” I wanted to make sure of that before I accused you of provocative, sensationalist journalism.

Keep the Kids in Oakland

Maybe it is time for the Oakland school board to encourage the Berkeley Unified School District to implement residency requirements and bring back Oakland kids to attend and support local schools.

Chai Thai Noodle is our neighborhood “go-to” Thai place — we eat there often, at least twice a month, perhaps three times a month. Servers are friendly; many diners are Asian (not us), leading us to think the place is more “authentic”; food is fresh and delicious; and they pay attention when I ask for “not too spicy,” so I get my level just right! I highly recommend this place as a reasonable, good place to eat in the Lakeshore/China Hill area.

Another Ex-employee Speaks Out

I think that this article is very accurate. I am a former employee at Peet’s, and I worked there for approximately five years. The pressure there is high, and injuries do happen very often. When I started at Peet’s, I was in awe of how concerned they were about freshness and artisan products. I yearned to be a barista, because I wanted to tell the people how great we are. After Alfred Peet died, I felt that many things went to chaos. Even this year, many of my regular customers have been complaining about the most expensive coffee, Arabian Mocha Sanani. Its quality has dropped so much that they turned to other blends.

But even though this article shows many of the negative aspects of Peet’s, I have had many excellent co-workers that are some really great friends. So I want to thank Peet’s Coffee & Tea for being a wonderful company for the five years I worked there.

I wanted to send my deepest thanks for the article that was written about me. I am happy to report that this past week, I won two national championship titles on the velodrome.

Thank you very much for all of the support from the Express for local female athletes. Since your article was written, I have been overwhelmed with the encouragement and support that has been expressed to me by individuals and businesses alike. It has been extremely heartwarming having women and youth contacting me who are interested in getting into cycling. It is great knowing that my story has been motivation to others.

Thanks very much again, and I just wanted to share my good news on my long journey.

In our September 28 Taste dining listings, we got wrong the name of the chef at Lalime’s. The restaurant’s executive chef is now Brian White, not Steve Jaramillo, who currently cooks at Enoteca Molinari.