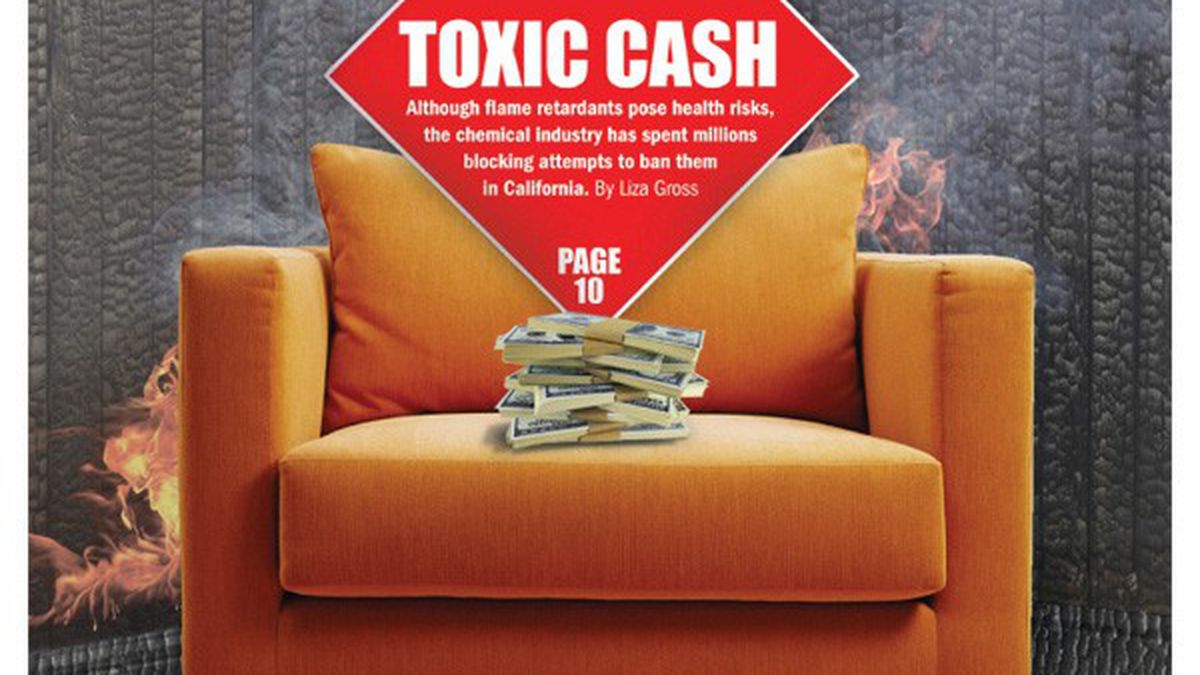 Letters for the Week of November 30

Readers sound off on the Oakland Chamber of Commerce, plastics recycling, and the Salvation Army.

“The One Percent Solution,” Full Disclosure, 11/16

Writing From the Rabbit Hole

If anyone thinks that a protest with anarchists capturing public property to make their statement — coupled with police actions to enforce laws against illegal conduct — is “good” for business, then one might suppose this article is the new primer for making the best of a bad economy by staging similar protests in every downtown area of every city and town in the nation. Perhaps that will stir the economy to new heights and bring the record-low employment levels back to acceptable levels.

Of course the Oakland Chamber of Commerce and other business-related organizations are populated with larger (and big) businesses. They can afford the membership dues and they have the staff members to participate in these organizations. Small businesses often do not consider chamber membership a necessity — especially when the economy is making them watch every dime they spend. So why would this article throw innuendo after innuendo, like “They contended that the City Hall encampment was bad for downtown businesses, especially small ones. The chamber and the business groups also purported to speak on behalf of small businesses in downtown” (emphasis added)? It brings an interesting — but false — counterpoint to the almost certainty that riots and occupations of the public right-of-ways impede the normal course of commerce. And by attacking the organizations that point this fact out — by making them appear as the enemy — the article gets readership among those who would like to think anarchy does no harm. Well, think for a moment about the $2.4 million in public tax money spent to police the Oakland demonstrations through mid-November, and tell us all if that public money — gone forever — would have been spent had the Occupy Oakland siege not occurred. Is that the way to boost the economy — by pouring $2.4 million down the drain, instead of using it for other things to help the community? Try hard to convince us of that!

No, this article is nothing less than a hit piece suggesting that riots and illegal encampments seizing public property are not such a bad thing after all — and that those who would say differently are part of some “mafia-like” clique made up of those who are among large businesses. This is an Alice-In-Wonderland premise — and the entire article is straight from the Mad Hatter’s mouth.

Long ago, in Montgomery, Alabama, they enforced laws to segregate and impoverish black people. Finally, the marginalized people boycotted the buses to protest the society’s inequities. Businesses complained. But, even the “progressives” in today’s Oakland city government said that the people had the democratic right to protest.

Far away, in Egypt, the rich got richer and the poor got poorer. Finally, the marginalized people camped in Tahrir Square to protest the society’s inequities. The businesses said it was hurting the economy. But, even the “progressives” in today’s Oakland city government said that the Egyptian people should have real democracy.

Today, at home, we see increased unemployment, foreclosures, homelessness, and deterioration in education and other public services. Finally, the marginalized people camped on government property to protest the inequities in our society. But, to the “progressives” in today’s Oakland city government, democracy must not be that broad. The 99 Percent are too untidy and hurt business. Democracy, it seems, is better confined to the owners of the media, corporations, and other defenders of the status quo.

If democracy is not defined broadly enough to include the 99 Percent, soon, in our land, we the people are doomed.

Come on, look: If folks aren’t coming downtown to shop, to go to restaurants or patronize business because of a “perception” of danger, that’s a real impact — not fabricated. After thirty years, Oakland’s downtown was finally coming back, with more restaurants, galleries, great drinking spots, and more. No doubt the Occupy Oakland and Occupy Wall Street movements have brought up important issues regarding income equity, but the reality is that those have become lost in the rhetoric of all the different factions, from socialists to anti-capitalists to anti-cop and anti-war groups. And what’s the goal — make all the Republicans suddenly see the light and tax the rich?

I’ve got a small business and it’s clear that we need both big businesses as well as small to make things work. The big businesses you characterize as part of the One Percent in Oakland actually contribute a lot to the city and are committed to making it a better place. Clorox gives tons of money to education and nonprofits and has one of the best affirmative action hiring policies. Big businesses help fund the free Broadway shuttle (through a business improvement district), pay for events and keep the streets clean, and often make it possible for small businesses to open and thrive because their big-business employees have to eat lunch and get coffee. It’s not all about big vs. small business. That’s absurd. We all need each other.

Lastly, everyone I know who actually lives in Oakland has said that Occupy Oakland is disrespecting the city at this point. It’s become a joke, and a sad one when there’s a murder right in front of City Hall. Is there ever going to be some serious leadership in Oakland to deal with this? I keep seeing the Recall Quan posters going up everywhere, and at this rate I think it’s going to happen.

A Small Business in Support of the Big Guys

Oakland just doesn’t get it! For too long, the city’s support for small over big business has not been working. I’ve lived in this city for nearly 25 years, and still no retail. This is not rocket science to figure out.

Wow. Where to start with the misinformed plastic recycling article? Perhaps taking both the plastic manufacturers and the Chinese government at their word? Or calling “dumping with a short detour” recycling?

Let’s be clear: Recycling is taking an object, like a glass bottle, and turning it into another bottle, hence the popular “circle of arrows” symbol. Creating disposable lawn furniture from plastic waste is not recycling. Full stop.

I would declare this the topper: When plastic ends up in a creek in SF, the author is clear that this is pollution, but apparently when this waste is dumped into rivers in China, it counts as recycling for local solid waste programs.

(Full disclosure: I worked for the Berkeley Curbside recycling program in the late-Eighties, and played a role in a successful union drive with the Industrial Workers of the World as the program went from monthly to weekly pick-ups.)

In Defense of Berkeley’s Facility

This article covered many issues relevant to today’s recycling industry. However, some comments and conclusions about Berkeley’s recycling center were misleading or simply wrong.

The article stated that Berkeley’s materials recovery facility (MRF) is “outdated…and requires major upgrades.” But actually, Berkeley’s MRF facilities are in excellent condition: All equipment has been recently upgraded or replaced, and current facilities produce excellent quality commodities that are in high demand and bring high market prices. Berkeley’s existing facilities provide cost-effective service for Berkeley and are capable of doing so for another decade without major capital investments.

Specifically, Berkeley’s container-sorting facilities, which were recently upgraded, produce commodities with minimal contamination while pulling out fourteen different materials, including color-sorted glass. Our commodities are cleaner than more highly mechanized systems because they are mainly hand-sorted. Yet our sorting cost is competitive with, and in some cases lower than, costs at larger facilities in the area. In addition, we are paid up to $50 per ton for our glass, while most MRFs in the area do not color-sort glass and are charged about $46 per ton for the mixed glass they deliver to the processor.

Further, Berkeley’s paper-sorting and baling facilities, also recently upgraded, operate very efficiently and cost-effectively, have substantial unused capacity, and produce high-quality paper bales for marketing. Having a local MRF also means that Berkeley does not incur the financial and environmental cost of transporting mixed recyclables outside the city.

Berkeley is one of a handful of Bay Area cities that operate their own local MRF. Berkeley’s MRF has served the City well for more than twenty years and can continue to do so. This year alone, Community Conservation Centers will be paying more than $250,000 to the city from net materials sales!

In the story, we refer to Berkeley’s MRF as being “outdated” and “behind the curve” with regards to plastics handling. This is not a comment on the condition of the MRF; instead, as the article explains, this statement refers to the fact that the facility lacks the equipment, staffing, and capacity to sort and bundle for recycling the vast majority of plastics used by Berkeley residents every day. Without this critical piece of infrastructure in place, Berkeley will remain unable to significantly reduce the growing amount of plastics it sends straight to local landfills.

I was very disappointed after reading about the apparent reluctance on the part of many in the local Occupy movement to disavow the Masked Cowards, aka “Black Bloc,” these ninja wannabes who think they can overcome the man with violence. Memo to the Black Bloc: You’re mosquitoes to them, impotent, ineffectual idiots.

Occupy Oakland must vociferously and without reservation renounce violence and reject and ostracize the Masked Cowards.

I was very disappointed to see the Express‘ e-mail blast promoting the anti-gay Salvation Army.

The Salvation Army has a history of active discrimination against gays and lesbians. While you might think you’re helping the hungry and homeless by dropping a few dollars in the bright red buckets, or shopping in their stores, not everyone can share in the donations: Many LGBT people are rejected by the evangelical church charity because they’re “sexually impure.”

In its official statement on the subject, the charity organization claims it holds “a positive view of human sexuality,” but then clarifies that “sexual intimacy is understood as a gift of God to be enjoyed within the context of heterosexual marriage.” The Salvation Army doesn’t believe that gays and lesbians should ever know the intimacy of any loving relationship, instead teaching that “Christians whose sexual orientation is primarily or exclusively same-sex are called upon to embrace celibacy as a way of life.”

The organization also has a record of actively lobbying governments worldwide for anti-gay policies — including an attempt to make consensual gay sex illegal. (Yes, you’re paying lobbyists with those purchases or donations.) As the holidays approach, the Salvation Army bell ringers are out in front of stores dunning shoppers for donations. If you care about gay rights, you’ll skip their bucket in favor of a charity that doesn’t actively discriminate against the LGBT community.

In our 11/16 art preview, “Piece Work,” we misquoted an essay by artist Lena Wolff in the paper Quilt Project catalog. The sentence should have read, “Linked to realms of the heart and hand, to the intimate, to narrative, and even to a sense of our own impermanence, the quilt speaks a human language.” In the same article, we also incorrectly implied that some of the artists involved in Wolff’s show, Another Country, were quilt makers when in fact they all work in a variety of media.