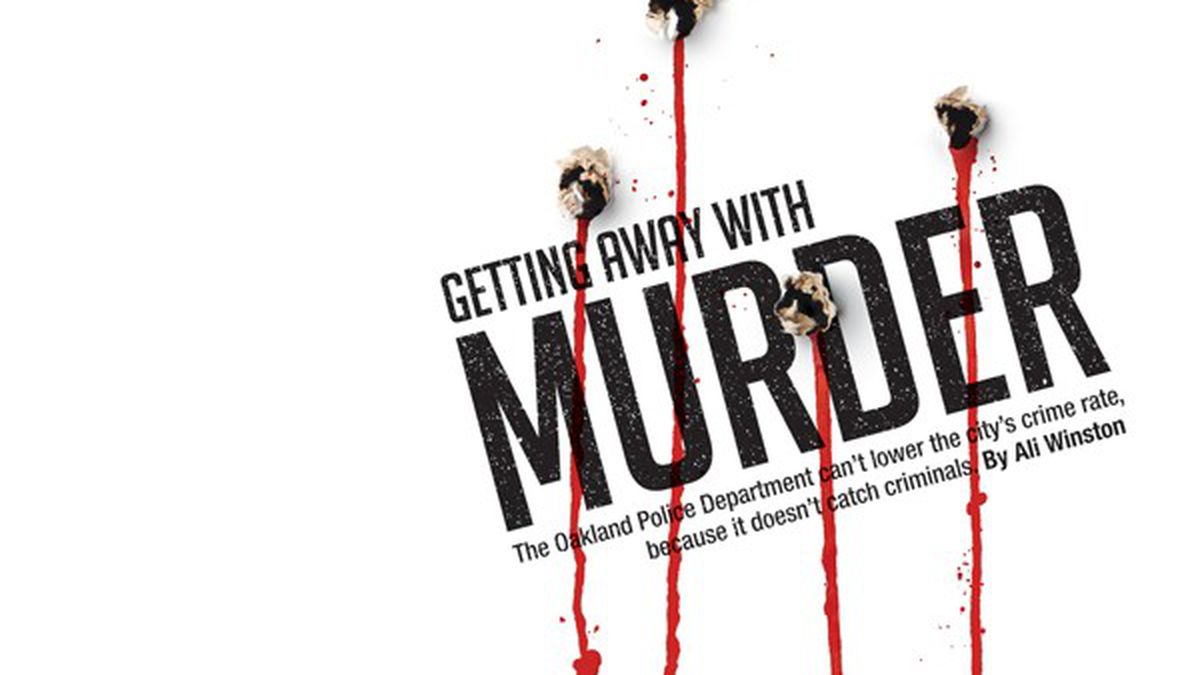 Readers sound off on the Oakland Police Department and the Richmond soda tax.

I appreciate that the Express has devoted this much time and print space to addressing Oakland’s number-one problem: public safety. At the same time, I’m not sure I follow your central premise — that this is somehow a cultural problem specific to OPD. As your examples make abundantly clear, this is a problem of resources: We simply don’t have enough officers to do the job in this city. That is a political problem, not a police culture problem.

We do not have leadership at either the mayor’s level or within the city council that does anything more than make promises about police staffing. Think police officers are expensive? Of course they are — but who negotiated (and negotiates) those contracts? City officials. Think pension costs for city workers — and especially safety workers — are huge? Of course they are — and unfunded pension liability is a serious drag on the financial health of this city. But pensions are calculated to reflect base salaries. Who negotiated the deal for these things? Our city officials. And who continues to see pension obligation bonds (borrowing money to help pay off our pension obligations) as a solution — even though it means we will owe more in the long run? Our city officials. Think police overtime is a huge expense? Of course it is — but when you have fewer officers, they have to do more overtime to cover the same work. And then they do it poorly (as this article demonstrates). But who created a situation in which there would be fewer officers (thus more overtime) in the first place? Once again: our city officials.

You have done a truly commendable job in this article analyzing the specifics of our police department’s shortcomings. But you need to do another article and take a good look at our city government — and the elected officials responsible for contributing to this mess. And while you’re at it, how about including a discussion of Measure Y? This will sunset in about two years, and by that time we will have spent nearly $200 million that was supposed to fund more police and social programs to reduce violent crime. Did that funding produce more police officers? No. Did all the social programs make a meaningful reduction in violent crime? Seriously, you know the answer to that question. The sad truth is, more officers alone will not solve the problem. Some social programs do work — although the metrics they are judged by do not include a direct reduction in violent crime. That needs to change, but voters will likely not trust our elected officials when it is time to re-up Measure Y. And they are right to be cynical. After all that time and all that money, do any of us feel safer here?

Finally, how about including a more thorough examination of our city’s crime-fighting policies? Oakland has no comprehensive plan to address violent crime. Instead, what we have are a series of initiatives — some of which (like the 100 Blocks) were more fantasy than factual. Others — like Operation Ceasefire — have potential, but require consistent, reliable political leadership, and application of resources. Absent that, what we have is a hodgepodge of programs that are not connected and not consistently applied.

The Carrot and the Stick

A mayor the opposite of Jean Quan and Ron Dellums could turn this situation around. That is, someone who stops dishing out money for so many carrots (failed social programs) and who picks up the stick.

The High Cost of Crime

A very useful piece of work; thank you. What remains to be spelled out for Oakland and East Bay residents are the social and economic costs of the ongoing high crime rate. Suffice to say they are enormous and they accumulate in social disarray and economic failure.

The Valley of Death

Several years ago I was running around Lake Merritt and saw a man jumping around and waving a gun, obviously high on something. There were two small children with him. I found a phone and called 911. In three minutes, a police car pulled up and I pointed them to the man, about a hundred yards away. Watching from a safe distance, I saw one officer approach the man while the other covered him with a gun from behind their car. Soon there was a flash in the air as the man threw his pistol away.

I am not condoning the many egregious actions of the Oakland Police over the years, and at the same time you won’t see me walking into that Valley of Death.

We Need a Countywide Crime Lab

As a person who served on a recent jury trial for attempted murder by handgun, this article really resonated. I served as a juror in an attempted murder case in 2009 and I witnessed first-hand everything the article points out when it comes to lack of sufficient evidence-gathering by the OPD, which may be caused either by lack of resources, overworked police, or both.

Setting aside the question of the number of police officers who are really needed, and what their salary should be, I agree completely that an understaffed crime lab in the City of Oakland makes it more difficult to resolve and process criminal cases quickly and effectively. Cases are increasingly based on hearsay and character witnesses, and less on the evidence gathered at the scene of the crime. Jury deliberations take much longer than they otherwise would with good forensic evidence.

Jurors come to court expecting evidence to be produced like it is on TV. However, reality is far different. Forensics isn’t even pursued for most crimes. As a result, jurors have a hard time making up their minds. Many who serve are very skeptical of anything a police officer says, even in court testimony.

So the process of justice takes longer, families of victims of violence need to wait years for closure, and the rate of conviction is also lower. Trying to save money by not staffing or supporting a county crime lab is penny wise and pound foolish.

Alameda County needs to come together and support a county crime lab. This will be good for the residents of Oakland as well as the suburbs like Albany and San Leandro, which depend on a thriving East Bay economy, which in turn includes a healthy and safe Oakland. Crime doesn’t stop at the city border. So why should funding of the crime lab? We need political will at the county level to make the county crime lab a priority.

The Truth About the Soda Tax

I was disappointed with local and national press coverage of Richmond’s Measure N, a proposed tax on sugar-sweetened drinks. Ignoring the regressive nature of this tax, the mainstream press characterized the campaign as being a struggle between the “big-bad” beverage lobby and the “noble underdogs,” Jeff Ritterman and his entourage of dedicated middle class activists. Ignored in this scenario were the targets of this regressive tax: the working class, minority communities, and small local merchants.

Dr. Ritterman repeatedly told the press that there was no organized opposition until the beverage lobby arrived. The press never challenged this assertion. In fact, there was a lot of grassroots opposition from the beginning. This opposition came from all segments of the community, especially the working class elements, but was dismissed by the measure’s proponents and the press, implicitly communicating class and racial bias by assuming that the citizens of Richmond can’t think for ourselves. In fact, we can and have, and two-thirds of the electorate demonstrated this by soundly defeating this poorly conceived regressive tax.

In our November 7 review of Ash Reiter’s Hola, we incorrectly stated that the album was self-released. It was in fact released by 20 Sided Records.

A Deadly Year of Pursuits in Contra Costa County