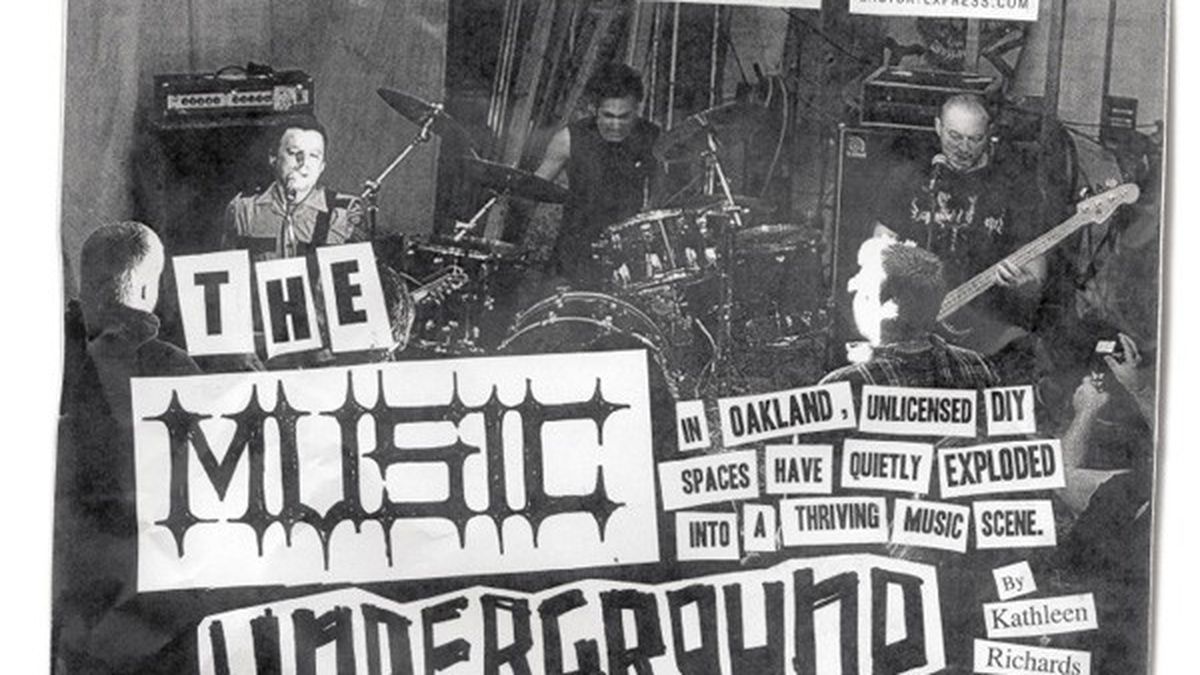 Letters for the Week of November 2

Readers sound off on Local Cafe, the warehouse scene, and our endorsements.

Oakland has a proud history of underground and warehouse venues: 40th St Warehouse, French Fry Factory, 21 Grand (as mentioned), and that’s just in the last ten years. World-renowned, culture-changing shows would happen there that the local bars and clubs turned a deaf ear and blind eye towards as they booked “something that would make money,” or just made an atmosphere that nobody wanted to go to. Almost all of the spaces fell victim to gentrification and misplaced police priorities. It’s easier to bust up a party with loud bands than that it is to find murderers and rapists.

The bad thing about warehouse and DIY shows are their exclusivity. They may allow for people of all ages, but you have to not only know about them, but a young person has to be able to sneak away to get to them. It adds an element of danger and adventure, but it’s something that could be mitigated a bit more if there were more options for music that isn’t just a vehicle for selling alcohol. What are bands supposed to do when the entire culture of a city is vaguely apathetic toward live music at best, and downright hostile at worst? The mayor has shown a complete lack of understanding of why these kinds of shows happen, let alone why a city would want them to occur.Oakland’s arcane and draconian cabaret laws have stifled both innovation and advancement for years now. And although it is slightly better than it was before, the abject lack of understanding by the city of what these spaces do, let alone what they can do for the city, is pretty much absurd. It’s penny-wise and pound-foolish to keep this “cabaret license” charade in place. The city will continue to treat art scenes outside of their personal area of interests as degenerates and potential criminal risks until they wake up. If they wake up.

I Is for Insane

The argument on Measure I is wrong for so many reasons. Oaklanders are already paying way more than their “fair share” as it is. We pay among the highest property taxes in Alameda County already, for far inferior services. On a $500,000 house, an Oakland property owner pays $1,700 more a year than someone in San Francisco. So now they want to tack another $80 onto that? And for what? Nothing! Measure I guarantees nothing. No improvements in any services, no additional police — nothing! The resolution passed by the council is entirely non-binding and could be changed at any time. The amount allocated for police is miniscule — it is not even enough to keep up with attrition, so it is a joke! Councilwoman Pat Kernighan can continue with her threats against the residents, and we will do our best to vote her out of office because she knows full well that there are many other options out there to find funding for public safety. If only city officials could get their priorities straight and stop throwing money away on loans to Your Black Muslim Bakery, settlements to employees who were fired for just cause, and overly generous pension benefits.

Nothing Short of Ludicrous

Your endorsement of Oakland’s Measures, H, I, and J are nothing short of ludicrous. Your reasoning and analysis is totally void of facts. The Express, as a news organization, has completely failed the reader. Your one-liner (22 words) regarding Measure J — come on guys , give me a break. Who wrote this diatribe — the city administrator?

The Stepkids Are No Sly

Your parallel between Rotary Connection, Sly Stone, and The Stepkids is totally out of bounds. Aside from the complete disjunction between musical genres among the aforementioned musical acts, your categorization is not even alphabetically correct.

Above all, I am dismayed that you would elevate The Stepkids to the level of Sly Stone, a Bay Area local and pioneer of soul, funk, and R&B as we know it today. The Stepkids are not on the same playing field as Sly Stone and Rotary Connection, or even the brothers Gibb. I’m very concerned at the disservice you have done to Sly Stone, particularly by comparing him to a quartet of musical waifs.

Please do not be so reckless.

$10 fennel and frisee salad? I’ll take my appetite next door to Adesso.

In the October 26 capsule review of the film Gainsbourg: A Heroic Life, we got wrong writer-director Joan Sfarr’s gender. Sfarr is a man. In the same issue’s film review, “Stray Cat Blues,” we misspelled actress Elizabeth Olsen’s surname.

Facebook
Twitter
Previous articleOakland Police to Jean Quan: Can’t We Take the Day Off, Too?
Next articleOngoing Coverage of the General Strike All Day Today
18,637FansLike
0FollowersFollow
67,429FollowersFollow