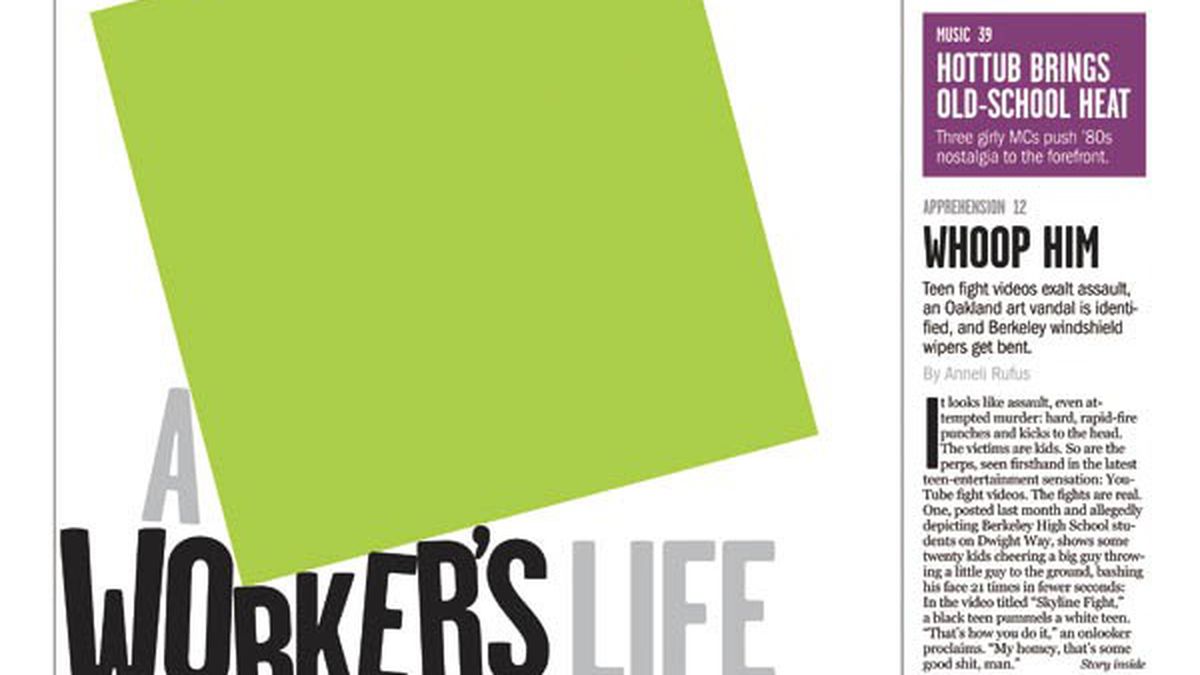 Letters for the week of May 14

Expect Success is the biggest rip-off for Oakland Public Schools. Because of this we have charter schools popping up. It has caused schools to close because they are rating schools according to a test. Have you seen the beautiful colored charts that each school has posted showing where they rate? It all comes from Mr. Rogers’ family, Eli Broad, and Bill Gates. You may care about the $1.3 million house or land, but this gentleman has no real interest in our children. That is the problem we have right now in this city. Because these three individuals are wealthy beyond belief, they want our schools to be run by them. Is Brian Rogers an Oakland parent of a school-age child? Someone tell us what has he actually done to help OUSD that did not benefit his family and family friends. I love Dreyer’s Ice Cream and am glad that they are a part of our community. But I don’t think we need the boss’ son running our school district.

I’ve eaten at the Brown Sugar Kitchen four times in the past two weeks and found the food excellent when not crowded, and mediocre when busy. My first visit was around 2:30 p.m. on a weekday and I found the waffles hot and crispy, and the fried chicken (a wing and a half breast) warm and meaty. The next time I stopped by at noon and got two overcooked chicken wings and the waffles barely warm. When I requested a change, I received two dry, small chicken wings to replace the dried, skinny wings I had in the first place. I’ve also eaten breakfast mid-morning and the chicken and waffles were excellent. I learned that you can request to not have two chicken wings. My advice is to not go when it’s busy, but if you do, order the ribs or the po’ boy, and not the waffles and chicken. It’s a shame because the waffles are the best I’ve ever had. Tanya Holland seems to enjoy what she’s doing and I wish her success; the servers should smile more.

I’d like to thank you for the perceptive review of my show at the Float Gallery (“Beneath the Surface”). I’m not trying to pile it on … but you hit exactly on the spirit of my work which mixes mystery and discovery with a love of materials. For some reason, many people see all “assemblage art” as the same, and I feel mine is quite different. Your review really brought that out. Plus, it’s a treat to be reviewed by someone who knows their art history (I have an MA in Art History), and your reference to Westermann made my day. Sure, “everyone” knows Cornell, and most people know Duchamp, but knowing old H.C. is an entirely different league. Thanks again for the kind words.

We had a fabulous dinner there last night, and lunch a couple of weeks ago was equally good. The fresh Hawaiian Walu was amazing — a thick piece of moist and flavorful fish. Our dinner companion claimed the filet mignon was the best he’s ever had. Portions were generous and prices very reasonable. We appreciated the varied menu selection and wine list, airy and casual ambience, and personal service. Simon was an attentive, knowledgeable, and personable waiter, and the pastry chef stopped by to talk with us. Cafe M is just getting started and we should all want to see this fine neighborhood restaurant thrive.

Fuckin critics … does anything creative satisfy you anymore? I swear you guys should start practice getting more hugs or perhaps focus much of your energy on another hobby rather than being a professional hater. Maybe then you will give respect where it’s due rather than downplaying the actual talent behind a refreshingly unorthodox project such as Marathon of Shame.

“The Chamber’s Candidate Has Quite a History in Business,” Full Disclosure, 4/23

A Great Choice For Council

I think Robert Gammon is right as a journalist to question the financial dealings of Clinton Killian, or any candidate for public office. However, from what I have read of his research, I found nothing to change my mind on recommending Mr. Killian for the Oakland at-large city council seat. I think Clinton Killian will be a great city council person, notwithstanding the alleged personal financial problems dating back some ten years ago.

When you consider that Mr. Killian created the largest minority law firm in Oakland, if there are going to be financial disputes, then they are going to be proportional to its size. Large multi-billion dollar corporations file for bankruptcy all the time. Yet when one of us does it, we should embroider a scarlet “B” on our shirts. Anyone who is a small-business person knows that we are all just a few weeks away from bankruptcy ourselves. Plus, the so-called lien filed by the City of Oakland for not paying his garbage bill is total bullshit. Anyone who is late paying their garbage bill has a lien placed on their property. Whether it is the resident’s or the city’s fault, if it shows up as being late, you get a “lien” which is a pain the ass trying to get undone.

With regard to the sexual harassment, it was settled out of court and it appears that this “he said, she said” case is ancient history. As voters, I think we have to make smart choices. If you will recall President Bill Clinton got caught having oral sex performed on him in the Oval Office. In addition to being just plain rude by not reciprocating, it was also a pretty stupid thing to do. The press and the right wing jumped on it; yet the American public wisely never felt that his bad behavior warranted impeachment. The economy was going pretty well at the time and he was a pretty good president, so why ruin a good thing just because he was caught doing something that regular people are doing all the time? My family and most particularly myself can provide numerous examples of far worse behavior.

I think Clinton Killian is an excellent choice for a city council person. He was an excellent planning commissioner, a Stanford and UC Berkeley Boalt Hall graduate, and is a very good newspaper columnist who really understands this city. Over 50 percent of the money to pay for city services comes from the building industry. Whether you support growth in Oakland or not, we need someone who really understands how to get the most out of building projects in Oakland to pay for all those cops, firefighters, and all the other public services.

Mr. Gammon is correct to have written the article on Mr. Killian. However, what is disturbing is Mr. Gammon’s apparent selectivity.

The East Bay Express won four awards in the 2007 East Bay press Club Excellence in Print Journalism contest. Staff writer/calendar editor Rachel Swan won a first place for cultural affairs reporting for three stories: “Breaching the Velvet Rope,” Fast Forward to the Past,” and Battleground Sproul.” The contests judges praised Swan’s work: “Whether it’s uncovering how hard it is for two straight guys to start a lesbian bar for free-jazz aficionados or surviving right-wing agitators baiting lefties at UC Berkeley, one need travel no farther than the East Bay Express’ Swan for the inside story. This work is as graceful as the author’s name implies and soars with a savvy, delicious wit.”

In our May 7 story about green jobs (“Harnessing the Power of Green Jobs”), we incorrectly credited the photograph. It was actually taken by Michele McGeoy.