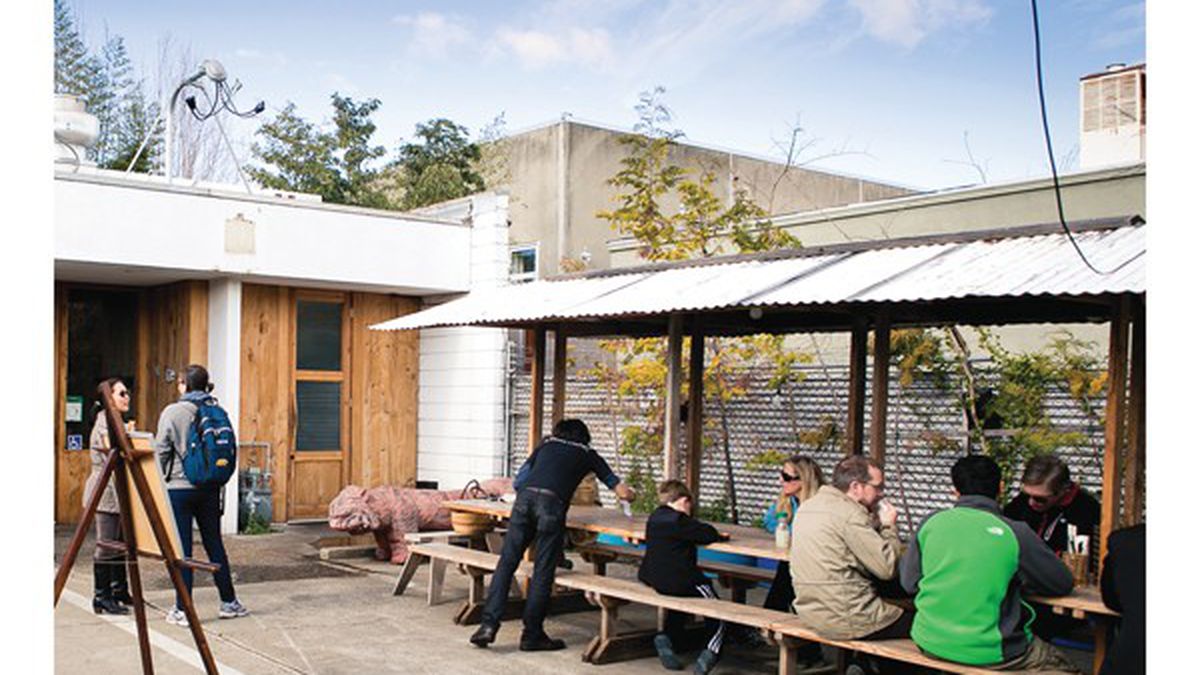 Letters for the Week of March 13

Readers sound off on guns, First Fridays, and Haven.

People often blame other residents for failing to come forward and testify against crimes they have witnessed. But when most people know the prosecution system and OPD cannot protect witnesses, don’t blame residents for clamming up. Appreciate the people who do risk their lives by testifying.

A Limping Dog and Pony Show

I appreciate your close reading of the interpretations of the tracks, which I think makes for a fine, fair review of the recordings alone. There are some seriously overlooked or flatly ignored elements, though, that made this the single weirdest clusterfuck live show I’ve ever been to. Your rundown doesn’t translate anything about the audience experience of this near-$30 Rickshaw show, totally sold out and packed to the walls with people who, in the end, mostly took away that it was at least nice to be in a room full of people who also liked Radiohead. There were odd, confusing, overwrought instructions about how the show would run (only sometimes realized — watch the stage! Now watch the screen! Wait, these musicians clearly hate being interviewed — why are we doing this again?), coupled with weird self-congratulatory moments from everyone who had the mic about how visionary this whole thing was, as if we should all be more grateful than the exorbitant price we paid to get in. Yes, the set changes were “complicated”— sometimes taking as long as ten minutes between performances for an album of tracks that were not supposed to be broken up. By the second intermission, and increasingly through the show, people all around me were turning to each other to quizzically, shyly figure out from each other how they were supposed to feel about this. Nobody expected Radiohead proper, because we knew better, but my God: By the middle third of the album, people all over the venue were being less shy about recognizing together what a total shitshow this was.

The musicians mostly hovered outside, and there was great shrugging and shaking of heads that went beyond the normal post-show “Did-we-do-all-right?”s. Judging by the way the bands were talking and the breakneck acolyte praise on the UnderCover Facebook page, the organizers of this thing seem to be sort of feared and respected in the SF scene, but everybody was so busy patting each other on the backs (even as the stage management was at a complete breakdown standstill) that I’m not convinced they were at all aware of the audience’s despair at what was happening, or of the conversations happening in literally every corner of the club about this whole thing being the worst, limping dog and pony show of egos that the city has seen in recent memory.

Yes, the easy availability of firearms is a nationwide problem that can be reduced with a better national system for background checks and better enforcement locally regarding gun crimes everywhere. Yes, the gun lobby has worked successfully to prevent such improvements.

On the other hand, there are plenty of cities around the country comparable to Oakland that have much lower rates of violent crime, gun-related or not. Oakland’s violence is the product of Oakland’s cultures of violence. Pointing to the gun lobby doesn’t get us anywhere in terms of reducing violence here.

We need to keep our eyes on our own backyard. And we need to think very hard about how to deal with our cultures of violence in a way that Oakland’s citizens will accept and support. It would be good to explore such ideas and write about them.

So let me get this straight. We close down a dozen blocks, open up the hottest art venues in town, put up too many stages to count (rocking everything from funk to pop-rock), pack the streets with food trucks, have hella vendors all over the place … on a Friday night … and city officials want to “de-emphasize the party aspect of First Fridays.” Okay! I will never understand people’s hard-ons for frivolous regulation. Here’s a bold idea: Arrest those who are publicly intoxicated and have some modicum of responsibility for yourself and your friends. Or better yet: more bounce houses and lollipops.

What About the Other Shootings?

What is the problem that alcohol causes? Does anybody know if the kid that shot the gun last month was drunk? Why is it that everybody freaks out and needs to shut everything down over some shootings like this one, or the one near Occupy last year, but the other shootings that happen across the city every day are ignored? Maybe the politicians take advantage of some shootings to push the changes that they want anyway.

Understandably, one would like to be fed another utopian hope (to stir one’s emotions) when confronting failed past utopian endeavors. But wouldn’t that be missing the point? I agree that this work might invoke sadness, despondence, and pity. In my opinion, that allows one to begin the process of looking at our environmental/cultural/economic status from a responsible point of view, instead of swapping new utopian visions for the old ones.

It is also understandable, in a capitalist system, to expect art to distract, entertain, offer fantasy or escapism — but it takes courage and conviction from an artist to present the reality she sees, even if this causes discomfort. Congrats to Ms. Escott.

The Express fills a great void. It is one of the very few sources for regular, updated public events in the East Bay. Other papers like The Montclairion are too narrow, too focused on making mountains out of molehills. The Montclairion is delivered for free to your doorstep if your street is lucky enough to be selected as belonging to the “hills.”

For The Montclairion, Oakland is basically Piedmont. There are no shootings, very little corruption, and very few scandals. Pets feature heavily in its content.

The Express, on the other hand, has a muckraking and DIY slant. It loves scandal, corruption, and, recently, guns, everywhere. Reading the Express is like watching a Western: Everybody is getting shot and talking about shooting.

I am a supporter of muckraking, as long as there is an end to the muck. As long as muck does not make more muck.

The Express must draw a line between acknowledging muck and ignoring good things. Upton Sinclair wasn’t just a politician: He was an artist, too.

I’d like to see more cover features about local artists, musicians, and venues. They are the filter that we pass through society for issues. If there are problems in the world, locally or globally, artists both reflect and reflect on those problems, like Marvin Gaye’s record playing in Richard Pryor’s apartment in Berkeley.

Zahra Noorbakhsh and the Atheist-Muslim Connection