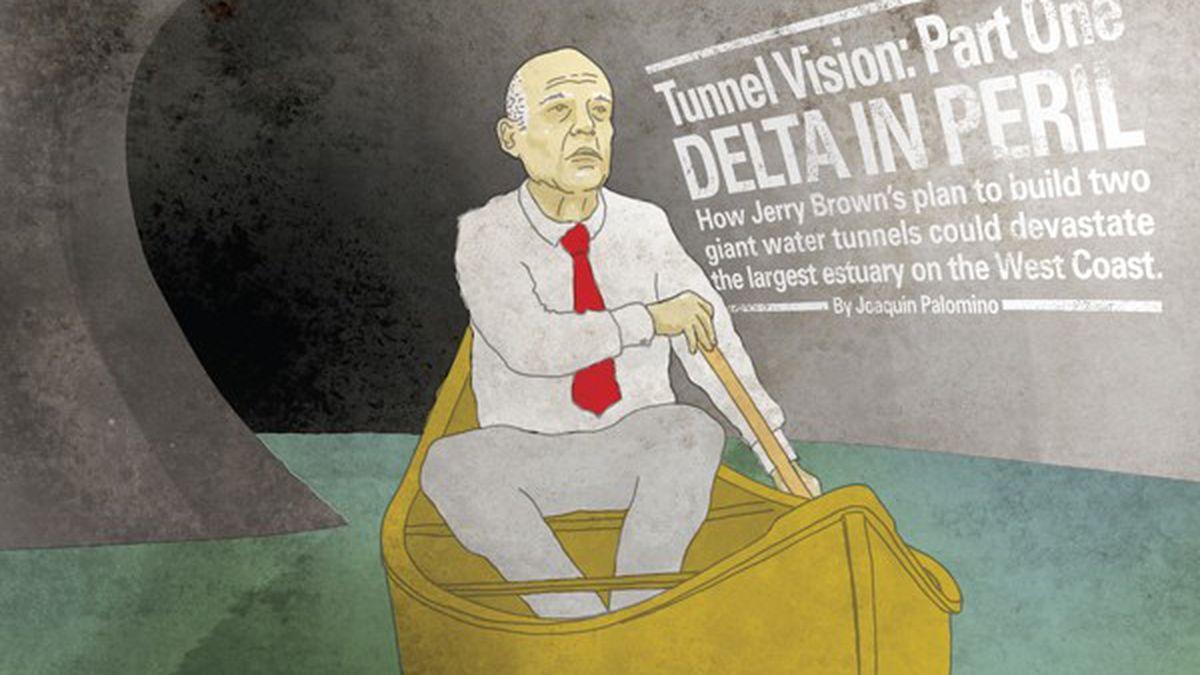 I just read your article about the FEMA, EIS, and UC’s plans. If you do another piece you may wish to talk to the Sierra Club and other environmental groups such as the California Native Plant Society. You would have learned that the issue is not as simplistic as [Dan] Grassetti [of the Hills Conservation Network] portrays it.

The Sierra Club, California Native Plant Society, and the Golden Gate Audubon Society have supported the transformation of the hills from the very fire dangerous Eucalyptus plantations to the restoration of less fire-dangerous and more ecologically diverse native habitat that is less costly to maintain over the long run. The issue is complex.

A major issue is how to prevent a repeat of the 1991 fire. Continuous, routine maintenance is necessary. The eucs require much more costly maintenance if they are not removed to be fire safe. Native habitat does not. I have worked on this issue for 25 years as the Sierra Club’s leader. My concerns have been to restore native habitat but also to make sure any fire protection measures were cost-effective so that the agencies could actually continue to do the required maintenance in perpetuity instead of abandoning the maintenance work after a few years when they could no longer afford the expense that is required to maintain eucs. You know, I am sure, that in California “deferred maintenance” is a major issue and problem with public agencies. In the past after a fire, agencies would simply remove vegetation and declare the area fire-safe and then leave and do nothing. A few years later, when the exotics had taken over, they were faced with a greater fire danger and a removal at a far greater cost, which they could not afford to do. Maintaining old large eucs is very, very costly. Mr. Grassetti’s proposal would require far higher amounts of maintenance money to be spent every year and at some point, the agencies could not continue that level of expenditure and would no longer fund it. That is not fire smart or ecologically sound.

In point of fact, the East Bay Regional Park District is finding that its attempts to maintain eucs through the very method Grassetti has advocated cannot be sustained financially. The UC’s approach is the most cost-effective and environmentally sound. Take a drive up Claremont Avenue from the hotel to its intersection with Grizzly Peak. On the Southside you will see the restored habitat from the past tree removal. On the Northside you will see the park district’s method, which leaves the eucs.

UC is to be commended for doing the right thing both for fire safety and for the restoration of native habitat.

Since I have spent 25 years on the subject, I have given it the nickname “Vegematic,” in part because of the HCN attacks on Sierra Club and CNPS for advocating native habitat restoration. Mr. Grassetti’s organization has publicly stated that it opposes the restoration of native habitat, which was clear from the quotation you had from Mr. Grassetti. Unfortunately, he knows very little about which he pontificates.

If It Ain’t Broke

Kathleen Richards’ reporting on UC’s tree removal plans was well worth reading. It was good to see this topic being addressed locally. She covered many important aspects of the situation and gives good service to comparing UC’s plans for forest management with those of the East Bay Regional Park District. The grotesquely deep mulching schema proposed by UC is especially of interest. I’ve seen piles of mulched trees several feet deep sitting for multiple seasons on City of Berkeley property, and guess what — they became covered with nonnative species! (A curious aside is that these mulch piles make wondrous mushroom gardens.) The issue of herbicide use (present in all the forest management plans for the East Bay hills being considered for funding by FEMA) was not so well treated though, and is a deal breaker for me. There are better alternatives than funding Monsanto.

The above aside, our local landscape has been managed for something like 10,000 years by various groups of people for their own purposes. Our current dense forest condition is relatively new. As little as two hundred years ago the area was described as large swaths of open space akin to a savannah. This was most probably due to periodic burning, maybe even anthropogenic burning. Certainly no fire departments existed then to suppress naturally ignited fires should such a rarity occur here. If the current dense shade canopy is the condition we collectively want, then we collectively need to figure out a way to maintain it so it doesn’t become a liability as so many disastrous hill fires have demonstrated.

I found your article on UC’s tree removal plan rather offensive for numerous reasons.

First, your article reeks of a strong disdain for native plants and those of us trying to restore them. Invasions of nonnatives are one of the leading causes of the current extinction crises. Nonnative plants cause massive harm when they replace native ones: They don’t provide food for native animals, and replacement of native plants by nonnative ones is ecological harm by definition, because it eliminates native plants and lessens global biodiversity.

Despite the clear and unequivocal biological and ecological needs to preserve and restore native plants, you denigrate these needs with comments like, “whether UC’s plan to cut down all nonnative trees in Claremont and Strawberry canyons is necessary,” “an alliance between UC and the native plant community,” and calling the plan to remove nonnatives an “ulterior motive” (the latter two quotes by Dan Grassetti). You also comment that, “Dan Grassetti of the Hills Conservation Network believes UC’s project is being driven by a native-plant agenda,” as if that were a bad thing. You really should bone up on some ecology and wildlife biology before casting negative aspersions like this.

Second, the article panders to the human fear of fire. Of course fire can destroy homes, kill, and maim, but you did not provide any countervailing facts, such as the fact that natural wildfires are necessary in order for ecosystems that evolved with fire to be healthy. Suppression of natural wildfire leads to all sorts of ecological harms, such as fires that are unnaturally bigger and hotter, and unhealthy forests where there are few, if any, saplings (many conifers need fire in order for the cones to release seeds). No one forces rich people to live in the hills, and if they choose to do so, they should accept the risk of wildfire. What they should not be allowed to do is to harmfully alter natural ecosystems to fit their own desires.

Third, eucalyptus trees are nothing but a scourge outside of Australia. Not only do they replace native trees and other plants, they poison the ground so that nothing but eucalyptus can grow. Many local environmentalists have been working for years to eliminate eucalyptus trees in areas that are large enough where that removal could make a significant difference, such as Tilden Park, and it’s a black mark on the East Bay Regional Park District that they gave in to selfish people and eviscertated their plan to remove this scourge.

I’m not a supporter of the University of California. This is a school that helped create nuclear weapons and continues to help propagate them, that runs roughshod over the needs and desires of people and communities near its campuses, and that supported apartheid in South Africa, to name just three things off the top of my head. However, UC is on the right side on this issue. This article seemed to be nothing but provision of a mouthpiece for some rich people who live in the hills, don’t give a damn about the natural world (that is, the real natural world, not the artificial one they would create), and want the ecosystem altered to suit them, despite the ecological harm that is still causing. Shame on the Express for publishing this garbage, I certainly hope you’ll make amends by publishing an article that makes the case why eucalyptus and other nonnatives should be removed and replaced by native trees and other native plants.

As a forester it is beyond me to realize the absurdity of the schemes to cut down “non-native” trees. For some reason (unknown) the mania for removing such trees has grown to fantasy proportions requiring fantastic amounts of money. It is time to stop this mania. How? Not known yet.

An Ecological and Health Disaster

I don’t think any trees should be cut, not even for thinning. It’s not necessary, especially if dry litter is removed periodically. Besides being unnecessary, tree cutting is harmful because it is being followed up by herbicide on the stumps and on “unwanted foliage.” No herbicides should be used, ever. All living organisms, including us humans, are already poisoned through and through. This means enormous suffering in the form of illness, disability, and death. It makes no sense to continue poisoning ourselves and all life around us.

The proposed plan would create a definite ecological and health disaster lasting for generations while actually increasing the risk of wildfire — all under the pretext of preventing a fire disaster that might never happen. There are real fire prevention measures, like creating and enforcing better building codes and better landscape maintenance by homeowners, some of which have already been done.

A life-sustaining plan would be to hire unemployed people to clear dry forest litter whenever needed and maybe remove low-hanging branches. Don’t give more money to Monsanto and Dow or to logging companies.

UCB was incredible in 1990 for me simply because of the serendipity of who I met in which classes. The heated debate following us to Cafe Strada. Meeting in person and going to real-time office hours of faculty who I then sought out later as advisors. Relationships matter. Having paid canned instruction just doesn’t replace that. My daughter took online remedial math at Cal State East Bay and easily passed. But she had to drop the next class in math … she wasn’t adequately prepared. Keep it public and when online, online with UC faculty to supplement, not replace real in class debate!

The photo that ran with our June 19 Culture Spy, “For the Love of Color,” failed to credit photographer Amelia Sechman.

Corrections for the Week of September 2, 2015