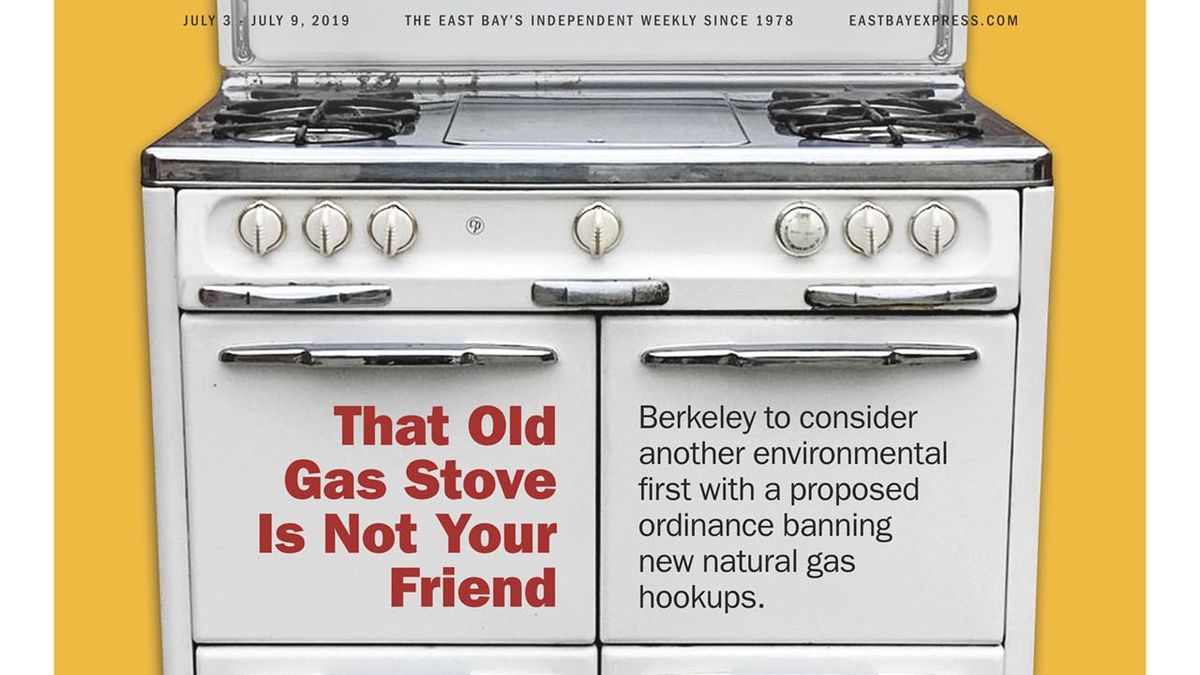 Letters for the Week of July 31-August 6

That Old Gas Stove Is Not Your Friend, News, July 3

Electrify, fine, but where does the electricity come from? Electricity IS now and will be for the foreseeable future more expensive. The argument that gas MIGHT be more expensive in the future is purest speculation on the part of politicians looking to put forward “feel-good” legislation. We have to face it, those “horrible heating coils” are, by and large, the vast majority of modern electric appliances both currently in service and affordably available to buy. Anything other outlook is elitist wishful thinking. Yes, methane IS the majority component of natural gas. However, when it is burned, methane is NOT released. Carbon dioxide is, as is carbon monoxide. Raising methane as an issue is disingenuous at best and probably outright dishonest. All of that said, this IS the kind of thing to be expected of Berkeley politics.

When electricity is your only choice, watch the rates for it skyrocket even more. Take away your choices and feed the monopoly.

Natural gas as a heating source has one huge benefit — thermodynamically speaking, 100 percent of its heat value is made use of, whether for cooking or space heating, since it does not require boiling water or turning a motor. This is in contradiction to its use in power plants where water and motors are needed and the efficiency is closer to 50 percent (half of all heat is required by physics to be wasted). Electricity coming from fuel burning power plants is a terrible waste since half of the fuel value never becomes electricity. However, if the electric house is married to a sustainable electricity source, such as a house that provides all of its electricity from its own roof, that makes the electric usage more reasonable. Directly absorbing heat from the sun, on a roof, without passing through electricity is even more efficient. Cost is an irrelevant parameter for making decisions. We only have one planet and the cost of its destruction overwhelms all other costs by far. I recommend Green Illusions by Ozzie Zehner of Cal Berkeley for a common sense view of how to use energy.

Not stated in the story: An induction cooktop only works with metal pots and pans. You can’t use a Pyrex or Corning Ware pan on that type of stove, because only conductive metal cookware can be heated by induction.

The city of Berkeley should look into the feasibility of banning the release of intestinal gas. Perhaps a bond issue could be floated to provide public dispensaries for Bean-O or similar products.

Richmond’s Keller Beach is a Hidden Gem. But You Might Not Want to Swim There, News, July 3

They Close the Beach When It’s Red

The traffic light metaphor/symbol at the plaza on the way to the beach has a red light. What you need to know is that when it turns red, the Supervisor of Miller Knox Park/Keller Beach closes the beach. The Rangers go out there and put up barricades with signs that say Beach Closed. That’s serious. … I’ve been living across the street from Keller’s Beach for decades. I can count on one hand the number of times the beach has ever been closed.

That’s How You Reward Our Loyalty, Warriors?

What’s a Music Festival to Do When Its Venue Becomes a Homeless Encampment? Music, July 3

As a homeowner whose house is right across the park from Mosswood, THANK YOU, seriously. Thank you for working with our park neighbors to make sure they wouldn’t be displaced. That move is truly in the punk ethos, and I hope the city takes note that plenty of us are happy to live alongside folks in tents. Last year it was heartbreaking watching folks be displaced (studies have shown that unhoused people cannot rebuild security and safety when they are continually forced out of stable situations). This year’s Burger Boogaloo was fantastic, we’ve enjoyed watching the festival grow and change over the years and bringing great energy to the park.

I still wish Berkeley’s People’s Park had such a concert with such clout.

Learning From the Master

Did I miss something in my reading of this or was there an error in the report? The article lays out in detail the actions Jim Oddie and Malia Vella (though not explicitly named, credibly linked) took to interfere with the city manager’s duties to independently hire a new fire chief, right down to verbatim quotations from a recorded phone call. But in the final paragraph, Oddie and Vella claim to be totally exonerated by the findings of the Grand Jury. Did I misread the article or have Oddie and Vella ripped the page on gaslighting right from the current President’s playbook?