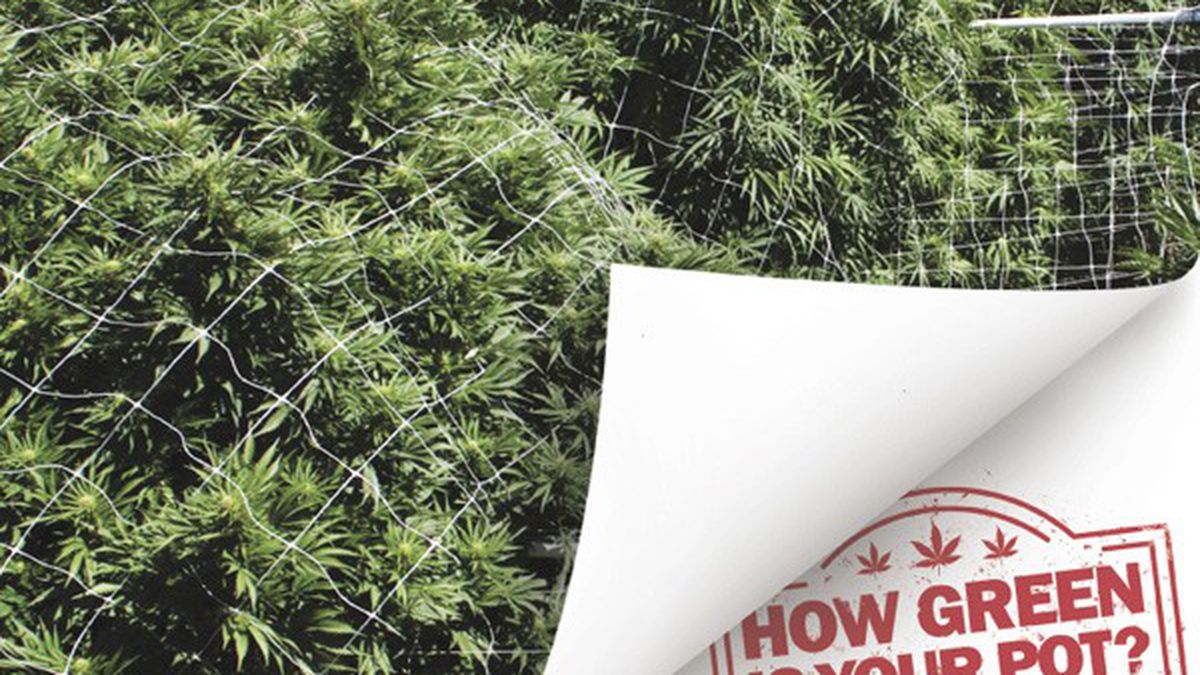 Letters for the Week of July 27

Readers sound off on organic pot, BarSpace, and Terri.

Excellent article. Outdoor organic is the only responsible way to grow! I will never put indoor fake sun-grown frankenvapor in my body again.

Thanks for showing the ignorance of Richard Lee and Steve DeAngelo and every other dispensary owner who thinks indoor is better. Indoor is good, if you like “frankenweed.” The synthetic chemicals and fake lighting are trying to copy what Mother Nature give us. There is a bias against outdoor grown because the dispensaries [advance] the propaganda. They can make money by selling indoor grow products — they can’t sell the sun. But, we have sold sand to the Iraqis, so anything is possible.

Finally, the debate that we need to bring to the table. Outdoor growing will help America’s small farmers, save electricity, and is healthier and better for you. (If you choose to toke.)

This is a terrible idea. The company may not intend for this type of live streaming to be used by stalkers (or jealous partners), but that is exactly what it is going to be used for. Bars are dark for a reason. If people wanted to be recorded drinking and having a good time doing whatever else comes with it, they would drink in public. Guess I won’t be going to Somar, and will definitely be checking which other bars use this service so that I can avoid those bars as well.

If you look around, just about every bar and business in Oakland and San Francisco has surveillance cameras, though my assumption is that it’s for security purposes and is just monitored by someone in a back office somewhere.

“High in the mountains of Belgium and the Netherlands?”

That must have been awfully strong beer. They are not called “the Low Countries” for nothing. The highest point in the Netherlands is lower than Tilden Park. Apparently, there is one spot in Belgium that is a bit higher, but not exactly a mountain.

I got to see Terri at this year’s Seattle International Film Festival, and though there are many reasons I like the film, one of the biggest is because it didn’t have that payoff we all expect. Instead of the nerds winning, the goth girl putting makeup on to find out how beautiful she really is, or an exercise montage leading to a dance-off, the one we are left with is simple, elegant, and most of all, truthful. I haven’t seen the most recent Transformers, but if you are looking for expected payoffs, I’ll bet good money that there is a big robot showdown in the end, as called for.

Terri: fully recommended for people who like something unexpected.

Bravo to Karen! I admire her hard work and dedication to bringing fun, community-centric events to our ‘hood! I really don’t get the criticism. There are always going to be hiccups in a new venture and I see the positives far outweighing the negatives. Can we please celebrate the positives?

Honestly, I would not attend the event if it were at Jack London Square or at City Hall. I love the fact that my family and I can walk to this event.Oakland Tech is public property and finding uses for the property seems like a no-brainer.

Sure, it’s muddy, but that doesn’t seem to stop the crowds. I also wholeheartedly agree with Hester that finding underutilized spaces — or “deserts,” as you call them — is a great way for people to discover new parts of their neighborhood. I think the lawn at Studio One is going to be a great alternative.

As Hester claims, this is about celebrating our little community of North Oakland. I am amazed and proud that Temescal has this kind of event and others like the street fair, the movie night, and the farmers’ market. I may be wrong but I have not heard that Hester is trying to make a city-wide event. Great if many come from far and wide, but I don’t think that is the point.

Also, I like the fact that this was more of a guerrilla-type event. Work with the city? It is a minor miracle that food trucks can even operate on public property. Why would we want the bureaucracy to ruin it?

Does Birdsall know how difficult it is to get through the permitting process and bureaucracy of city and county agencies to open a restaurant? I am sure every food establishment in our neighborhood has a tale of woe. We should be rejoicing that this is happening at all.

Without people like Hester, I think our neighborhood would not be as special as it is, so please, let’s encourage her and others to keep up the good work!

P.S. I couldn’t care less how they do things in North Berkeley. This is Temescal. 😉

This is unacceptable and a huge black eye on the State of California. We should be ashamed. We are only beginning to understand the risks of this extraction method, and it’s clear that only PG&E will benefit, at the citizens’ economic and health expense.

In our Best of the East Bay issue, we misspelled the name of restaurant Uncle Willie’s BBQ and Fish. In the same issue, we misstated the name of the car repair company Precision People’s. Also, the reader’s pick for best shoe store is actually called The Next Step.

In our July 20 music story, “Enter the Clowns,” we incorrectly identified the label that Circus Bella came out on. It was self-released.

In our June 22 issue, we failed to credit the Culture Spy photo to Christine Zona.

Congratulations to music editor Rachel Swan, who won first place for music reporting/criticism in the category for papers under circulation of 50,000 at this year’s AltWeekly Awards.