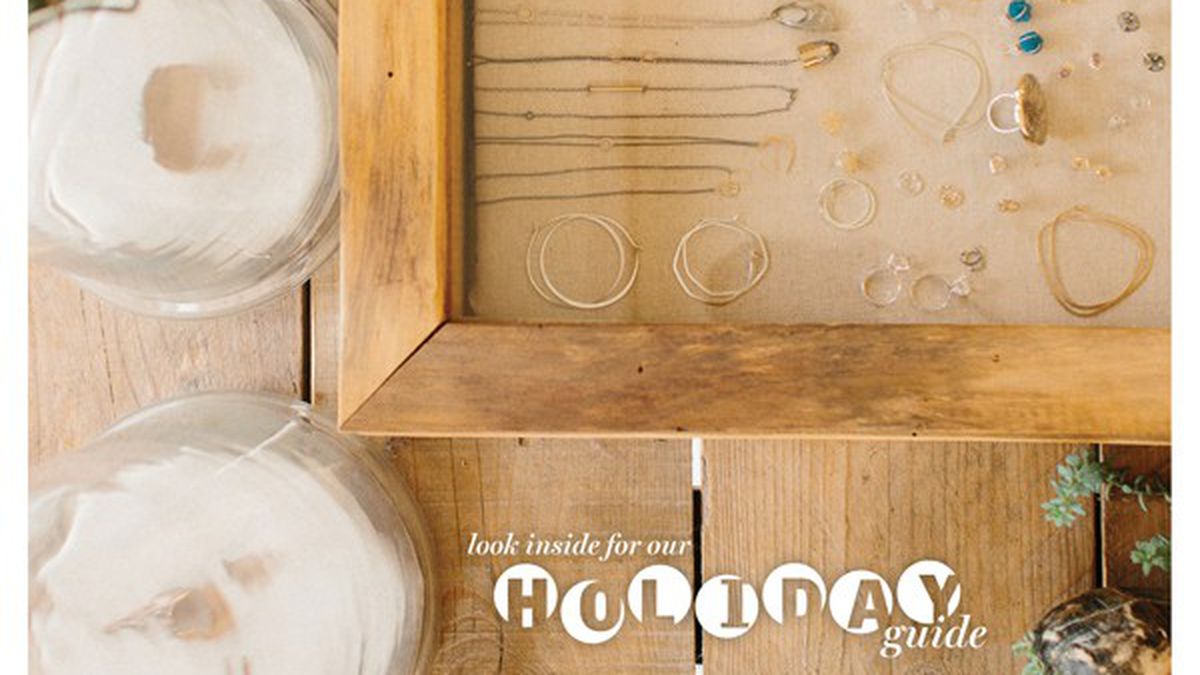 Readers sound off on graffiti, Barack Obama, and Measure T.

Thanks for quoting me, but there’s a lot of nuance and context that was omitted from the quotes included in the article. First off, the author failed to mention that Community Rejuvenation Project has partnered with the cities of Richmond and Oakland on numerous public art projects. We also work with community partners such as Urban Tilth, People’s Grocery, RJOY, Unity High School, ARISE High School, and many others on comprehensive youth development/education programs centered around public murals, which often feature a sustainable environmental health component and/or positive messages that uphold cultural identity. More information about our past and current projects can be found on our website, CRPBayArea.org.

While we recognize that illegal tagging is a problem, and that graffiti is a “hot button” issue that makes it easy for people to point fingers at kids, a punitive anti-graffiti measure that largely duplicates laws already on the books runs the risk of skewing public perception against legal/sanctioned public art projects. I mentioned this to the author during a lengthy phone interview, but for some reason, he didn’t see fit to include this comment in the article.

From an organizational standpoint, we’d like to see policy created that looks beyond the “broken windows” theory and adopts a progressive, forward-thinking approach to blight reduction and abatement strategy. Specifically, we believe that public art, namely a mural program, should be a part of these efforts. There are many reasons for this: For one, it’s more cost-effective than current strategies, and for another, unlike a purely punitive approach to graffiti offenders, a public mural program can be part of a holistic approach that also furthers youth development, antiviolence, environmental awareness, and promotes healthy lifestyles and positive cultural identity.

It took us several months just to get a meeting with department heads to discuss the notion of a public art program that addresses all these issues. It would be unfortunate indeed if those efforts were overshadowed by a flawed ordinance whose ultimate impact could be the increased criminalization of youth, which doesn’t address the underlying causes of tagging, and which makes little to no attempt at diverting graffiti offenders into legal, more positive areas of artistic expression.

The other thing the article fails to mention is that the proposed ordinance contains vague references to “restorative” efforts. In fact, while the city has contracted out to Community Works for its restorative juvenile diversion programs, that organization has no experience working with graffiti offenders, and doesn’t offer an art component to its programs. Therefore, it seems like the mention of a restorative component is an afterthought at best.

That’s a shame, because a true attempt at restorative justice should offer sincere alternatives to strictly punitive measures, such as education and training in art skills, which can actually lead to a career path for youths and allow them to develop their artistic expression beyond simple tagging. Perhaps an author better-versed in the complexities of this topic would have done a better job of explaining those nuances.

I’d also have to question why the author quoted an obviously biased anti-graffiti official in Los Angeles, rather than giving examples of murals right here in Oakland, such as CRP’s “Peace and Dignity” mural at 41st Aveune and International Boulevard or the numerous pieces CRP has done in West Oakland, such as the People’s Grocery headquarters at 7th and Market streets, which have been embraced by the community and have resisted tagging efforts.

Sadly, I was never given an opportunity to counter Racs’ assertion. The implication that artistic murals are somehow more attractive to taggers than blank walls is both erroneous and troublesome. The author also apparently didn’t bother to reach out to CRP founder Desi WOME or any of the other Oakland-based muralists who have done large-scale public projects I suggested he contact, who could have qualified Racs’ comments and given an Oakland-specific answer to this question. Instead, the reader is left with the dubious implication that as goes Los Angeles, so goes Oakland, which is obviously far from true in all cases.

Thanks for pausing to reflect on these important victories, Jay. It is easy to be so focused on staving off the next wave of attempts to deprive Americans of decent living standards that we forget to recognize our successes. Now we need to make sure that the constituencies you listed hold the president accountable for his actions. The election is over, and “the other guy is so much more awful” is no longer a reason to accept mediocrity.

A Cry for Help

Robert Gammon’s election wrap is a cry for help. Darryl Moore and the other councilmembers who supported Measure T got Mayor Tom Bates’ electoral help because they supported Measure T, a developer-driven nightmare for the impacted neighborhood which turned out massively against it.

Gammon claims Aquatic Park would not have been affected, but even the pro-Measure T signs, which seemed to have a shelf life measurable in seconds, boasted of “improving” Aquatic Park.

Someday, when the Express has given up the comedy of using developers’ phrases, such as “which was to include an artists’ colony,” I hope one of their writers will come take a good look at West Berkeley and notice that it is an artists’ colony — because of the thoughtful miracle of the West Berkeley Plan, which, thankfully, evaded Bates’ destructive Measure T loopholes.

As a longtime environmentalist, I am offended by your claim that defeating Measure T caused our climate to take a “hit.” This is grossly misleading at best and not even true at worst. Development causes massive greenhouse gas emissions of its own and there is no evidence that “smart growth” stops or reduces sprawl, which is really the issue here. (Increased greenhouse gas emissions, which further contribute to climate change, are a byproduct of sprawl.) The evidence instead seems to show that developers end up building sprawl regardless of smart growth. Smart growth seems to be just a developer ploy to have their cake and eat it too: They get to build both in cities and in previously undeveloped areas. You should be more careful about getting into bed with developers — their main goal is money and they’ll say anything to get it. However, for the sake of argument, let’s assume that smart growth actually works.

First and foremost, neither you nor those who oppose development — the people you derogatorily call “NIMBYs” — ever even mention the actual problem, which is ever-increasing human population. Those who support “smart” growth are therefore trying to fix the problems caused by human overpopulation and ever-increasing growth by doing anything but dealing directly with those problems.

On one hand, I fully understand the concept of smart growth and I support it to a point. People should live near where they work and shop, and building homes along public transit lines and near workplaces makes sense. But on the other hand, those of us who have two or fewer kids are not the cause of this problem. If we don’t want to live in densely populated areas we should not be forced to do so. I lived in San Francisco on more than one occasion totaling almost fifteen years, and I can attest to the fact that due to its dense population it often felt like I was crammed into a cage with other city rats: Too many people, too much noise, too many cars, etc. I recently moved back to Berkeley after a long absence and find it really pleasant to be away from all that.

So, what to do? Well, smart growth is fine to an extent, but in a relatively small city like Berkeley, it must be very limited; 75- or even 50-foot-tall buildings anywhere in Berkeley outside of downtown are too big, and nothing at all should be built within sight of Aquatic Park or any other park. In fact, ecologically speaking, lack of parks and open space in Berkeley is a far bigger problem than lack of housing; there are already plenty of people here. However, in order to try to stop or at least reduce sprawl, we should be willing to put up with a little more housing development if it can be shown that doing so will reduce or eliminate sprawl. But Proposition T went too far and it’s a good thing it was defeated. I live very close to the areas where the development would have taken place and would have considered moving had it passed.

What should be done in Berkeley first is a study, by an actually neutral party that is not in any way connected with developers or their politicians, that shows that building more housing in Berkeley would reduce or eliminate sprawl somewhere. If this turns out to be the case, any development here must come with a prohibition on development on the natural land that those who propose the development claim to be saving from development. And any development must be limited in size so that it does not significantly alter the neighborhoods and areas in and near which it is built. This would actually be “smart” growth, and reasonable people should be able to agree to it.

Those of us who live in Berkeley chose to live here, not San Francisco or any other densely populated city. If you want to live in a place like that, move to San Francisco and leave the rest of us alone. All housing development in Berkeley should have to prove that it’s saving development of natural land somewhere else and should be limited in size to what is appropriate for the area. And if you really care about problems of sprawl and climate change, the best thing you can do is to limit your family to zero to two kids, encourage others to do the same, and make contraception, abortion, and sex education readily available to everyone. The environmental and ecological problems of this planet are caused by human overpopulation and overconsumption. Doing other things instead of fixing those problems is akin to rearranging the deck chairs on the Titanic, and forcing those of us who don’t want to live in densely populated areas and did not contribute to this problem is simply immoral.

If the alternative to many people dropping their absentee ballots at a polling place on election day is for those people to mail their completed ballots a week or two earlier, then a delay in announcing winners is worth the wait because giving people time to consider their votes makes for better informed choices.

One effect of the growth of absentee ballot use is the shortening of the period that candidates and proposition advocates/opponents have to communicate with voters. Less of an issue for national elections or well-funded statewide ballot measures, but shortening the period by even a week is one less week that challengers and newcomers have to reach voters and one week sooner that they have to raise the money to pay for the mailers, etc. to reach voters.