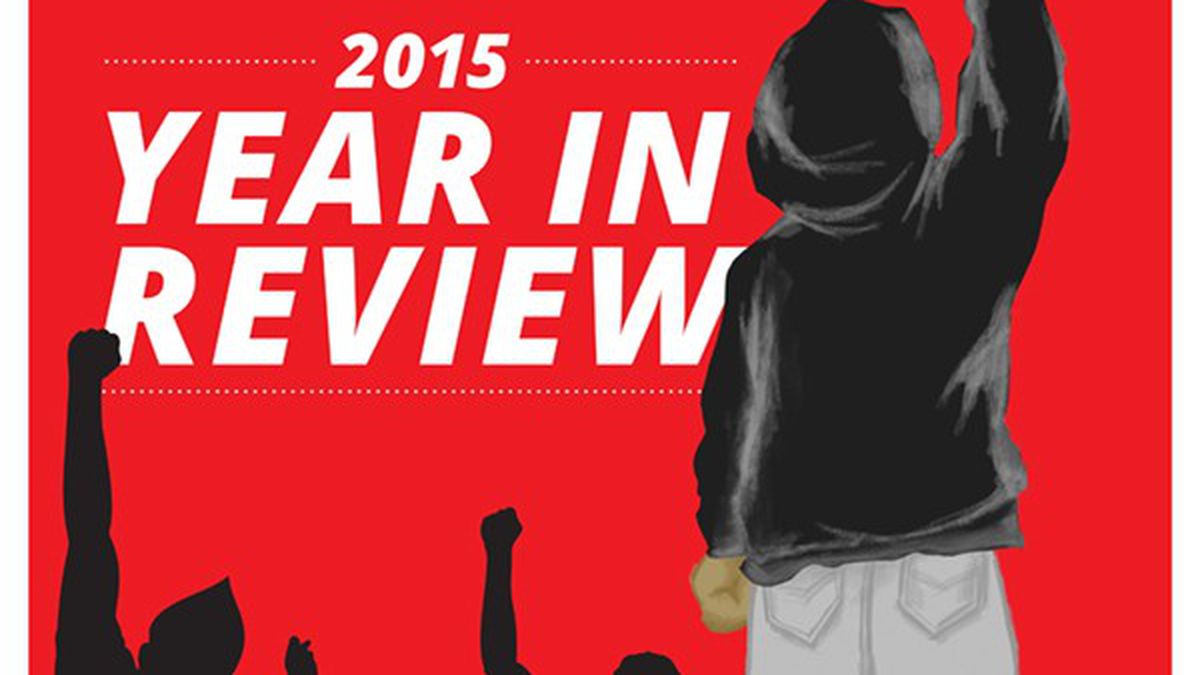 Letters for the week of December 23-29

Readers sound off on year in labor, food, and privacy.

What About
Campus Labor?

Good article overall, but missing was a mention of all the labor activity on campuses, from adjunct organizing in private higher education to big ongoing contract fights (California State University system, University of California lecturers, and City College of San Francisco) and resistance to attempts to close CCSF (American Federation Teachers 2121 there and the Save CCSF Coalition). Other campus workers (grads, service, and clericals, etc) have also had big fights and won some. Labor, in many forms, is alive and well on campuses, and needs to be treated like the “real” workers and unions they are.

Whenever I have visitors, I send them to Swan’s Market as a starting point. It does not hurt that the surrounding blocks are beautifully restored. Old Oakland is turning into a gem!

As an addition to your nearly exhaustive year-end review, I would add the progress [Oakland] City Hall has made in moving to protect the privacy rights of Oaklanders. After the city spent years operating surveillance equipment for years without safeguards, the city council in 2015 unanimously adopted two citizen-crafted privacy and data retention policies for the Domain Awareness Center and a thermal imaging camera. On December 15, the council’s public safety committee unanimously forwarded to the full council an ordinance to create a standing privacy committee to serve as an advisory body to the council. This ordinance is scheduled to be heard on January 5.

While the 2015 legislative sessions across the country produced a flurry of privacy-conscious bills, especially in California with the California Electronic Communications Privacy Act and bills SB 741 and SB 34, it was the sometimes heated and always robust conversation in Oakland that caught the national and statewide attention of elected leaders and good-government groups. Activists, regular citizens, law enforcement, and city staffers were all able to sit down and discuss what each needed to be comfortable in moving forward. The Domain Awareness Center helped ignite a necessary conversation. It is very encouraging to see Oakland lead the way.

Contrary to your recent article, approval of the Harold Way Project for downtown Berkeley is a very unfortunate development. This project will close the Shattuck Cinemas, the heart of moviegoing in Berkeley, for three years. The ten-screen Shattuck Cinemas is the best place to see foreign and independent films, many of which will now not be shown in Berkeley. Harold Way construction will also negatively affect restaurants, cafes, and bars as many fewer moviegoers will visit downtown Berkeley.

The developer has promised to replace the theaters, but it would be best to believe that when you see it. Those with a long memory will recall that the promised Fine Arts Theater never managed to reopen. Also, the developer is apparently receiving financial “community benefits” credits for replacing theaters that are already functioning quite well as they are. By this logic replacing existing sidewalks should count as a “community benefit.”

The Harold Way Project will also be located just one short block from Berkeley High School and will strongly impact the educational environment for the immediate area. That’s why the Berkeley school board originally voted 6-1 to oppose the project.

Both of these negative impacts will result in only market-rate units affordable only to very high-income groups. I don’t oppose tall buildings in general, and I don’t oppose any other project now planned or being built in Berkeley. Harold Way is just the wrong kind of building in very much the wrong place.

I found your holiday guide cover to be especially imaginative, eye-catching, and well-executed.

A’s to Oakland: Piss Off, Again