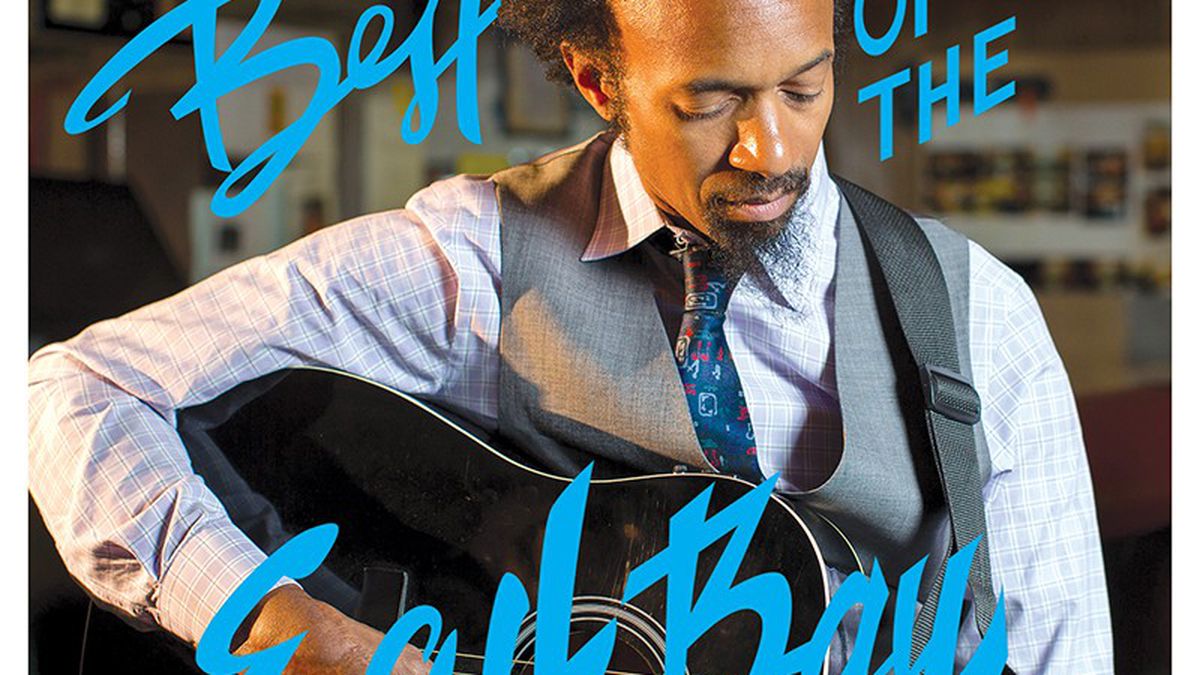 Readers sound off on Best of the East Bay, Cal's curtailed family healthcare, and more.

I agree with this perspective. Mr. Finnell has brought professionalism, experience, and commitment to police accountability in Oakland. We expect that he will continue to strive to strengthen police oversight and confront the racial disparities that continue to exist in police encounters.

I have been more impressed with this local campaign than anything that has happened in years in Oakland. Shutting down the city council meeting seems to have been an effective strategy in gaining time and media attention. It’s hard to come from behind and organize neighbors effectively. A million thanks to the person who leaked the memo from City Attorney Barbara Parker that might have killed the sweetheart deal with UrbanCore. So many of the most important city decisions happen in “closed session,” and that’s a shame for community activists who should at least have a chance to weigh in. Same thing happened with the five new Bay Bridge billboards (although we at Scenic East Bay were able to help pull the plug on two of them.) Kudos, Eastlake United for Justice!

Trap and release is humane to wildlife and to feral cats. Most importantly, it keeps Oakland from having to kill feral cats and stabilizes the cat population in our communities. Thank you, Sarah Rogers and your volunteers, for showing everyone the humane way to manage our feral cat issues. There are dozens of volunteers, vets, foster homes, and Oakland merchants behind these efforts. We should be proud that Oakland is leading the way in demonstrating that feral cats have been part of healthy human communities since the time of the pharaohs. Let’s hope other cities and communities adopt similar organizations and methods. And yes, I have a formerly feral cat that was trapped and released and socialized by Sarah and the great folks at Feral Change.

Retiring Land Is a Winner

An excellent article illuminating a huge cost savings that ought to be implemented now. With no construction involved, its efficacy can be evaluated swiftly — much earlier than any tunnel completion. Even at a cost of $1 billion, it is 1.4 percent of the projected costs of Brown’s $67 billion tunnels, a project that will surely have $4.7 billion in cost overruns if history is any indication — overruns five times the entire cost of this approach. With this plan in place, 454,000 acre feet of immediately needed water could begin its flow to high priority uses — perhaps to those now willing to pay higher rates, thus offsetting the $1 billion cost. Non-partisan logic says this is a winner.

The City Is Out of Control

Once again, the City of Oakland ignores its own policies and ordinances in order to cut backroom deals with certain people. It’s out of control and spreads throughout the organization. Why do we have rules when you can just make them up as you go? At the end of the day, who is accountable? So far, the answer is nobody!

How outrageous as overpaid politicians and administrators run amok at Cal and waste billions on pushing paper. Restore these benefits immediately and fire administrators who won’t be missed. By the way, Cal professors are vastly underpaid relative to administrators. It’s a sick system that pays $500,000 to a politician lawyer to be the head of Cal and allowed an administrator with no particular skills to make $180,000 plus benefits and hire her boyfriend at more than $100,000. It took a near faculty revolt to get admin to fix the problem.

Great article! Thanks, Susan Cohen, for good reporting, and thanks, John Ready, for telling it like it is. And thank you, Arran Phipps, Kayleigh Cassella, and family, for putting your health issues in the spotlight over and over for the benefit of all of us.

There are more than 37,000 grad and undergrad students at UC Berkeley. (About the same number as when I attended Cal, but SHIP didn’t even exist then.) About 22,000 are enrolled in the school’s Student Health Insurance Plan (SHIP). Note the name: Students’ Health Insurance Plan. No mention of dependents. Was Cal nice enough to cover dependents for a number of years? Yes. Is Cal obligated to continue providing such coverage forever? No.

The school’s University Health Services (UHS) can no longer afford to offer SHIP to Cal students’ dependents. This affects only around one hundred of the 22,000 students enrolled in SHIP. Should 21,900 students have to suffer to subsidize insurance for those 100 students’ dependents? That seems illogical and inappropriate. With $6 million in increased healthcare costs looming for the 2015–16 school year, UC Berkeley decided to eliminate dependent care coverage in order to keep fees for students as low as possible.

Cal students are smart. They presumably know about birth control and adult responsibilities. They should know that the time to have a family is after completing school and finding jobs. Those who do not understand this are at best immature. It’s not UC’s responsibility to take care of their “family mistakes.”

Yes, students with kids might have to rely on free Medi-Cal care or private insurance and change physicians. They should have thought about this possibility before having children. I have a single female family member who came into Cal this fall as a freshman with only her Medi-Cal insurance. She has a boyfriend at Stanford who’s a junior this year. Will they get married? I don’t know. Will she allow herself to get pregnant before graduating? Definitely not. Coddling one hundred students with dependents to the detriment of 22,000 others makes no sense. There are thousands of other equally talented and qualified individuals who can fill the one hundred or so slots (and need healthcare assistance only for themselves) if existing students can’t take care of their own personal responsibilities.

People like Mr. Phipps and Ms. Casella are in the distinct minority and need to consider the priorities in their lives. It’s very childish and unrealistic for them to expect UC to bail them out of dependent healthcare expenses. It shows lack of maturity on their part. If they are full-time employees of UC as Mr. Phipps states/implies, I concur, UC should offer you and your family some type of insurance either via Obamacare or other approved plan. If you’re not full-time employees, welcome to the real world. Being a student is not the real world. The real world is much more vast and complex. It wasn’t until after I graduated and was immediately drafted into the service, and then years later found a job in the private sector, that I began to truly understand the real world and realize how naïve I was as a student.

Many laws, regulations, rules, etc. that were appropriate and affordable a decade ago are no longer so, and, hence are changed or repealed. This occurs daily somewhere in the United States. If you believe UC is doing something illegal, then take them to court. (I had to do that once against a national multibillion-dollar corporation — with one attorney. We won.) People whining about the purported injustices they (mistakenly?) think have befallen them or others accomplishes nothing. Take concrete action.

The recent actions by the CPUC are not as nonsensical as Robert Gammon suggests. The change in rate structure to two, instead of the previous four, tiers was mandated by AB 327 enacted in 2013 because the original setting of four tiers instituted in 2001 to discourage waste by levying much higher charges on high users did not promote conservation and, in fact, resulted in low-use customers being subsidized by high-use customers.

The complexity of setting fair rates and also fostering desirable behavior is compounded by the need to compensate utilities for maintaining their infrastructure by levying a fixed charge irrespective of use and the discounting of rates by law for ratepayers with incomes twice the poverty level or lower.

Technological changes such as solar energy competing with fossil fuels also bedevil rate-setters, as does the lack of appropriate data to evaluate possible rate formats. The rates in question apply to three investor-owned utilities (including PG&E), none of which is empowered to decide rates, although their opinions are heard, as are those of ratepayers.

Also, the changes in rate structure should not affect the amount of revenue collected by the utilities. Is it any wonder that social unrest results when we lack all the facts?

Wind Turbines Are Being Held to an Unfair Standard

If we are going to squelch clean wind energy because of the killing of winged creatures, then we should equally ban automobiles, which kill far more animals and birds every day than any wind farm ever will. And we haven’t even started talking about the slaughter that goes on every day for meat consumption in this country. While I am more of a fan of VAWT [Vertical-Axis Wind Turbine] technology, we ought to work with what we have before global warming has us all under water.

Don’t Forget About the Pollution

It’s not just noise pollution, of course. Airplanes spew air pollution that also eventually reaches the ground and water. Even a small aircraft — the little propeller planes of general aviation — create huge amounts of pollution. In fact, general aviation contributes 50 percent of the lead in our atmosphere. They’re the only method of transportation I know of that is still allowed to use leaded gasoline, with lead levels eight times higher than the old automobile leaded gas, which was outlawed. And they get much worse gas mileage than cars, so they use twenty or thirty times the amount of lead. I hate to think what’s in jet fuel.

Anyone interested in this subject should walk the Oakland project site at the North Oakland Sports Complex at the top of Broadway. What you will see is a eucalyptus grove that is a weed-infested and drought-stressed collection of sickly trees. Branches on most trees have broken off and now litter the forest floor and all the new epicormic growth is being eaten by beetles. The eucalyptus are infested with the eucalyptus leaf beetle (Chrysophtharta m-fuscum), which came into Southern California from Australia in 2003 and which is not controlled by any of our native parasites or predators. C.H. Sellers in his book Eucalyptus: Its History, Growth, and Utilization states that Eucalyptus globulus (Tasmanian blue gum) “is a species of no great drought endurance,” and this is quite obvious to the casual observer. In comparison, the native bay and oaks are doing quite well.

Our July 29 music story, “Monkey Wrench the Mourning,” misstated Richard Lyons’ membership in Negativland. He’s a founding and current member. Our July 29 Events preview, “Out to Redefine Safety,” erroneously referred to Zachary Norris as a co-founder of the Ella Baker Center. He is the current executive director. And our Best of the East Bay 2015 editors’ pick for “Best Twitter Hashtag for Oakland Politics” in People & Places erroneously stated that the first #OakMtg tweet was by Sean Sullivan on July 28, 2009. Instead it appears that Jonathan Bair (@dto510) was the first person to tweet the #OakMtg hashtag on July 25, 2009.