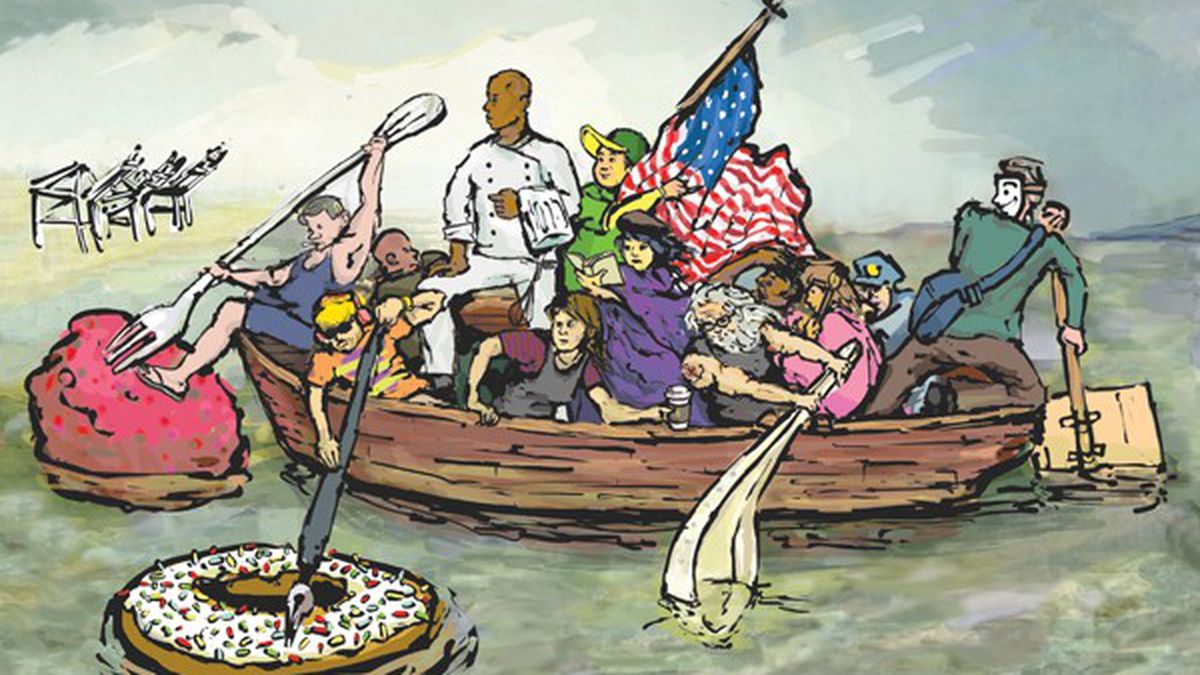 Letters for the Week of August 1

Readers sound off on Harborside Health Center, Drakes Estero, and our Best Of issue.

What kind of idiot publication would run a “Best of …” that makes Lake Merritt sound like skid row while encouraging alcohol consumption just outside the fence of a children’s playground? Yeah, I know, it’s not about pot so you don’t give a shit, but for those of us who reside near the lake and are often left to pick up bottles and cans while enduring people pissing all over everything with their favorite “alcoholic sidekicks” — well, it’s just irresponsible writing (again) on the part of the Express to further encourage the nonsense.

Another layer peeled back from the rotten onion that is Oakland’s interest rate swap and pension obligation bonds. Not much has improved in the dysfunctional government of Oakland in a decade, as shown by the recent council approval of another $200 million pension bonds. But the good news is that the regular media coverage of Oakland government has vastly improved in just the past six months because of several professional journalists at different publications who are not reluctant to tackle complex fiscal issues.

I can tell you from experience paddling in Drakes Estero over the years that the harbor seal population is not threatened by the oyster farming taking place there. The harbor seals and oystermen have been living in equilibrium for a hundred years. The Lunny family has cleaned up the site a good deal after taking over the mess left from the days of the Johnson’s Oyster Farm and have been using the same low-impact methods these past years. For this they should get some credit.

The harbor seals are serving the function of the spotted owl and marble murlet. Instead of trying to preserve old-growth redwood trees, folks are trying to restore and preserve a natural wilderness area. I am in agreement that commercial exploitation of the estero is counter to this goal, and although I have enjoyed oysters from this estero, I am willing to forgo them in the future — a small sacrifice for me. The Lunny family has a different point of view of course — to be expected from any landed gentry.

The real story is the “informal” connections between rich, landed families and their abilities to move politicians to do their bidding. It is no coincidence that Feinstein is also of the rich, landed aristocracy and that she would have an inclination to lend a helping hand to her kind. The harbor seal is a red herring. The “experts” are to be had at every turn. The real issue is one of aesthetics and appreciation for unspoiled public lands. Trying to find a scientific basis for argument in this matter is a waste of time.

Exposing Dr. Goodman’s rash accusations and faulty reasoning is terrific news! For five years, he has used his wealth and prestige to bamboozle our community. His cherry-picked charts and specious claims are notorious for whipping the scientifically gullible among us into a frenzy against the National Park Service. It’s embarrassing. Good riddance to this West Marin variant of “Tea-Party Birtherism.”
Let Senator Feinstein know her crusade to kill wilderness is wrong-headed and based on amateurish fallacies: https://www.feinstein.senate.gov/public/index.cfm/e-mail-me

Spot on, Mr. Gammon. And I come from the opposite side, of thinking that Jean Quan is purposely failing to tell the truth. But if I were to give her the benefit of the doubt, I would tell her exactly what you say here. She is failing to gain and maintain the public’s trust. And in today’s day in age, it couldn’t be more important.

There seems to be a weird, politically naive streak running through many folks in the pro-medical-Cannabis community these days. They either fail or refuse to see what is going on with all this hassle being brought down on the industry by US Attorney Melinda Haag. It really doesn’t take a political expert to figure out that Ms. Haag’s real agenda is to sow discontent and anger within President Obama’s base in this very blue state. Whining and carping at Kamala Harris and Obama is just what Ms. Haag and her right-wing cohorts, still embedded in the Department of Justice, are hoping to achieve.

So sit on your hands, whine and desert the president this Election Day, and you will get a result similar to that of the 2010 midterms. All of you weak-kneed faux progressives will really have something to whine and grouse about if Romney wins.

This is what I’ve been saying for some time. There are a lot of us here on Piedmont Avenue who are very good at what we do, and we have merchants who are listening. This should go on growing into something quite wonderful. CK Gallery is only a beginning to the gallery scene that could and should exist here on the Ave.

A Slap in the Face

The closing of Harborside is a slap in the face to every voter in the state of California. We took the time to vote on this issue, and passed the law by an overwhelming 80 percent. Let’s put the cannabis issue aside for one second and ask the federal government why it is interfering with state law when we the people of California have already spoken.

One more question, Mr. President: Are you willing to put Jayden David back into an ambulance?

The World for Joe Rut

Glad to see this well-deserved article on Joe Rut. Thanks for the great job you do covering local musicians. The “Plastic Jesus” story is a great hook, but I don’t think the article fully conveys how good this guy is. I first heard him as lead guitarist for Loretta Lynch, one of my favorite local bands. I was really impressed with his guitar work. Then I caught him at an intimate cafe gig. Man, really good original songs, solid vocals, charming stage presence — the whole package of what I want in a singer-songwriter. And yes, he’s got some really funny songs, but he also has some beautiful deep ones.

In our July 25 feature, “Betting on Steam,” we mistakenly attributed the quotation beginning, “Roughly half of the total project costs …” to Steve Ponder. It was in fact Bill Glassley of the California Geothermal Energy Collaborative who said that, and who should have been named in reference to the collaborative.

Editor’s Note: The original version of Len Raphael’s letter contained an error: It stated that the Oakland City Council approved two hundred pension bonds when it should have stated “$200 million pension bonds.” This version has been corrected.

Feast of the Survivors

Best Bike Ride Through the Backwoods