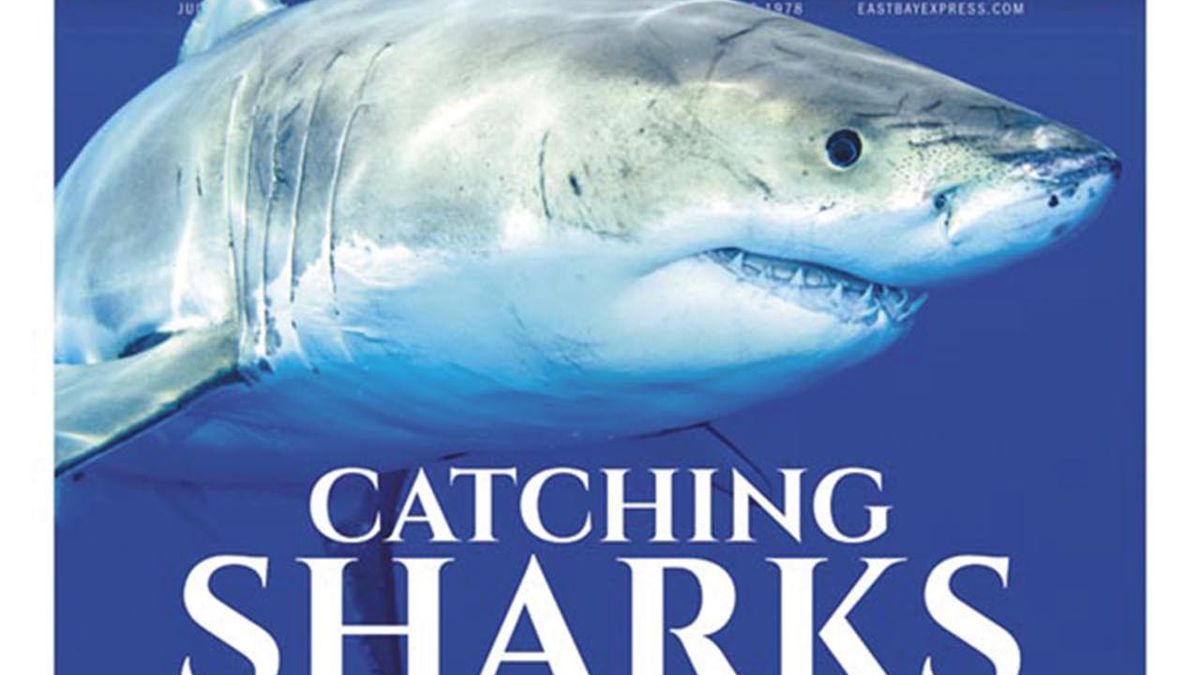 Catching Sharks in Order to Save Them, Feature, July 24

Thank you for your article in the July 24-30 edition about Chris Fischer and his Ocearch group that highlighted the great harms that result from anthropocentric thinking, especially when that thinking is totally devoid of empathy. Mr. Fischer made dishonest and provably false claims about sharks not suffering from having hooks penetrate their mouths and being taken out of the water, among other forms of torture that Fischer and his group inflict on these animals as a matter of course. All you have to do to know whether sharks suffer from being hooked, taken out of the water, and having tags inserted into their bodies would be to ask yourself whether you would suffer if that were done to you. Forcing a shark above the water is the same as forcing a human below it, and a hook or anything else penetrating skin hurts. Duh!!! Moreover, the more severe stress that a wild animal must suffer — like the stress that Fischer is causing to the sharks he captures — the shorter that animal’s lifespan will be, something that your article didn’t mention.

To show just how disingenuous and dishonest Fischer’s claims are, instead of addressing the pain, suffering, and stress that he’s causing sharks by his tagging methods, Fischer resorts to personal attacks against his critics: they care more about themselves than “the rest of the world,” etc. The fact is that it is undeniable that Fischer’s methods cause pain and suffering to sharks, so he resorts to this distraction when asked about the harms he inflicts on sharks.

The only legitimate claim that Fischer might be able to make about what he does would be if he could show that his data had saved more sharks than he tortures with his methods. Tagging wild animals is unnatural and always unpleasant for the animals. Scientists also tag wolves in order to see where they travel, but those scientists have legitimate claims that because of the attack on wolves created by ranchers and their supporters in Congress, some wolf protections would not be possible without the information gained from those tags, and therefore the harms of the tags are outweighed by some protections won for some wolves. Can Mr. Fischer make that claim? Because according to your article, he cannot.

It seems to me that Chris Fischer has made a livelihood out of tagging sharks and making TV shows about it. Whether it’s ego, money, or some combination, Fischer denies any harms he’s causing to sharks in defending what he does. As Upton Sinclair pointed out a long time ago, it’s almost impossible to convince someone that what they’re doing is bad if their living depends on doing it. That sounds like a good description of Chris Fischer. Kudos to Skyler Thomas and others for shining a light on this illegitimate tagging of sharks, hopefully it will be brought to an end very soon.

The shark “Nicole” that we tagged off South Africa and went to Australia, was NEVER caught and cradled. That is a mistake in this note. During our pioneering South African study we caught and SPOT tagged 18 white sharks, and we also jabbed 25 pop-off archival tags to other white sharks, without catching them. Nicole was one of the latter. Our study, as any true scientific study, had clear objectives and carefully chosen methodologies, and it provided real useful information for management, information already published in one of the most important peer-reviewed journals in the world (Science). Our data from South Africa helped get the Great White Shark listed in Appendix II of CITES. I can attest to this because I personally presented these results during the CITES CoP in Bangkok in 2004 and it was at this meeting that GWS got listed in CITES. By using both types of tags (SPOT and pop-off archival tags) during our study we learned that white sharks leave the protected waters of South African and go into Mozambique, and also that they perform one of the longest return migrations known among sharks. Nothing new has come out of Ocearch’s South African study. The need from Ocearch’s frontman to put other studies down and minimize their importance, together with his continuous claims of “being the first to … the best one … the one and only” only show his hunger for limelight and exposure, and his inherent lack of understanding about what science is.

Where to Eat on New Year’s

Daily Roundup: Feds Don’t Know What To Do With Oakland, Nelson...