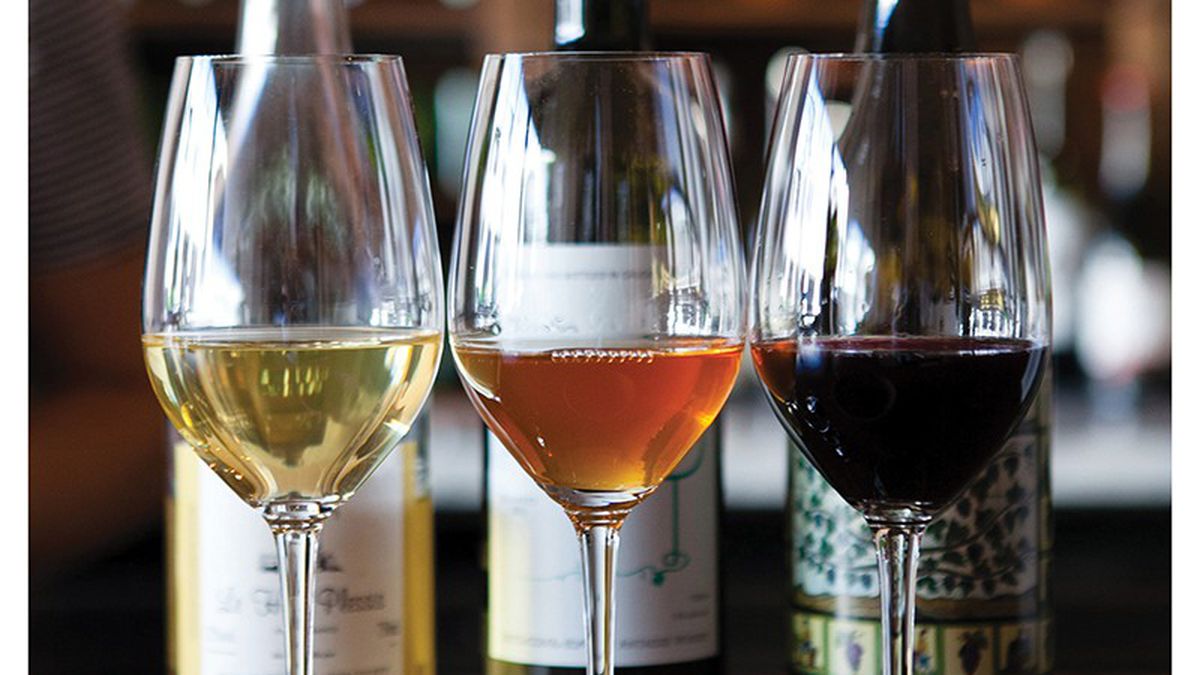 Readers sound off on police accountability, a plethora of wine shops, and Robert Gammon's departure.

Unfortunately, this article and similar articles illustrate that there is a war on the police generally promoted by the far left of the Democratic Party, which is now in control of the Democratic Party. This is particularly unfortunate for Oakland, since there is a dire need for strong and effective law enforcement in the flatlands. There is rampant petty crime, drug dealing, gun violence, and danger in the streets. The dangerous gang activity in the streets should be the focus of our city officials. Yet, all they do is to hamstring the police, protecting the criminals that should be put in jail. Those who do not understand this have no idea as to what actually goes on in the streets of Oakland. It is a crying shame.

I find it interesting that the topic of police reform brings so many right-wing loonies out of the woodwork. The notion that “there is a war on the police generally promoted by the far left of the Democratic Party” is not even close to being true. In Oakland’s case, the entire department has been under a consent decree since 2003, not because citizens are at war with police, but because of police misconduct. To say that the Oakland Police Department has been resistant to reform is an understatement. Progress under the consent decree has been at a snail’s pace, while the Citizens Police Review Board has been ineffective and under-resourced.

The larger question here is, what’s wrong with police accountability? Wouldn’t that make for a better department and build trust with the community. More crimes would be solved. With any luck, a reformed police commission would also bring about a drop in the tens of millions of dollars Oakland has paid in misconduct lawsuits. These millions of dollars aren’t available for schools or parks. Painting this as an ideological or partisan issue, when it’s really just common sense, is entirely misguided.

Nice article on a wonderful establishment! The author might also have noted that Oakland has a number of forward-thinking wine shops that specialize in natural wines, including Oakland Crush, Ordinaire’s retail section, Paul Marcus, and Bay Grape. Let’s also give a shout-out to Trail Marker among Oakland’s natural winemakers!

Nice article. However, you like many others, neglect to mention another local winemaker from Berkeley who is one of the pioneers in the low-alcohol, no new oak, non-manipulated style of wine. That would be Steve Edmunds of Edmunds St. John. Just because he’s been at it for thirty years doesn’t mean he still isn’t on the cutting edge, using concrete eggs for his Rocks & Gravel blend as one example.

Bob, I hate to see you go. Seven Days is the way I get my day going. It’s much more stimulating than the proverbial cup of coffee. I have to say, without the Express in the last year, we may have never known all the shenanigans around the E. 12th Street parcel fiasco, and today’s piece redefining what affordable housing means in Oaktown is the kind of journalism I hope the Express will continue without you. I am so very grateful for the cover story the Express did on Oakland’s mobile food policy and the lack of permits for food trucks that caused then food writer Jon Birdall to describe me as “calculating or clueless!” I happen to know where you’re headed, but I wish you’d replace Chip Johnson’s column for the Chronicle. But maybe that is truly dreaming. Blessings on you.

Moving here from Los Angeles in 2008 (the day of Obama’s election), I quickly became a devoted reader of the Express. You introduced me to the real Oakland and I always read your stuff first. Thank you for reporting facts.

Yes, Robert did the best article on AC Transit and the new buses from hell. I was always surprised when Chris Peeples from AC Transit’s board, usually a man with intelligence and reason, didn’t want to admit to the mistakes made by the board. It was terrific journalism, and Chris was apparently caught in the middle of a thorny issue. He took to throwing the reality exposed in the article under the bus!

The absolute refusal of towns in Silicon Valley to add housing to keep up with the business expansions they permit should be added to this critique. This is another aspect of privilege and inequality — the homeowners of San Mateo and Santa Clara counties cannot bear to have any part of their towns devoted to denser housing. They want to maintain a small-town or suburban environment even as they encourage Silicon Valley companies to expand and bring in new employees from outside the Bay Area. The entire Bay Area is screaming about housing inflation caused by this privileged selfishness. An indolent Mayor Ed Lee in San Francisco has done nothing to bring the ABAG cities together to discuss smart growth; rather, he promotes the same kind of mindless business expansion in San Francisco, letting the housing chips fall where they may.

Bravo! Thank you for challenging the “let the market fix it” myth and for acknowledging that we need a multi-faceted approach to the housing crisis which includes new construction, mandatory requirements for a percent of all new units built to be affordable to normal humans, and strong rent control policies. It’s time to overturn Costa-Hawkins and vote for common sense rent control policies that allow working class people, artists, teachers, and bartenders to live in the same cities that they work in.

Rent controls and eviction limitations are well and good, but they provide no relief to the people moving to the region, or when a renter’s housing needs change. It further concentrates demand into the tiny fraction of homes that become available each year, or throws even more people into the maddening melee of buying a home. The frenzy over the few available homes sets the market price, which trickles down to land values and existing rents. Only supply increases can create the breathing space for normal price discovery. In regions with less restrictive zoning and permitting regimes, this process can occur relatively quickly. Instead, in the Bay Area, tight zoning and long, drawn-out processes over notification, community input, environmental clearance, and understaffed city departments mean supply delivery is badly out of phase with demand cycles. It’s a compounding effect where the long process fails to deliver at the top of market. A deficit that is then carried over to the beginning of the next cycle. A downward spiral. All to preserve private privileges of space, views, parking, and traffic. What a mess.

As a woman with a tick-borne illness which has led to me becoming increasingly invisible to my former colleagues and friends, I would have very much liked to have attended. Until you go down the rabbit hole of chronic illness, you have no idea how marginalized you can become. For people who are chronically ill, it is a monumental task to put something like this on; thanks so much for doing it.

Majic Moonjynuh rocks. And for better or worse, they sound way more like Black Sabbath than King Crimson. The concept album will be amazing.

Thank you for writing one of the only critical reviews of this movie. I have rarely left a film so infuriated by the story. After drone attacks have taken out several weddings, a few hospitals, and who knows how many innocent people around the world, we are meant to believe that one little girl selling bread can cause a global crisis of military morality. It is palpably ridiculous, and the fact that this film is being hailed as a complicated exploration of modern day warfare is further proof of how clueless audiences are about how warfare is exercised every day. I am stunned by the reactions this movie has received.