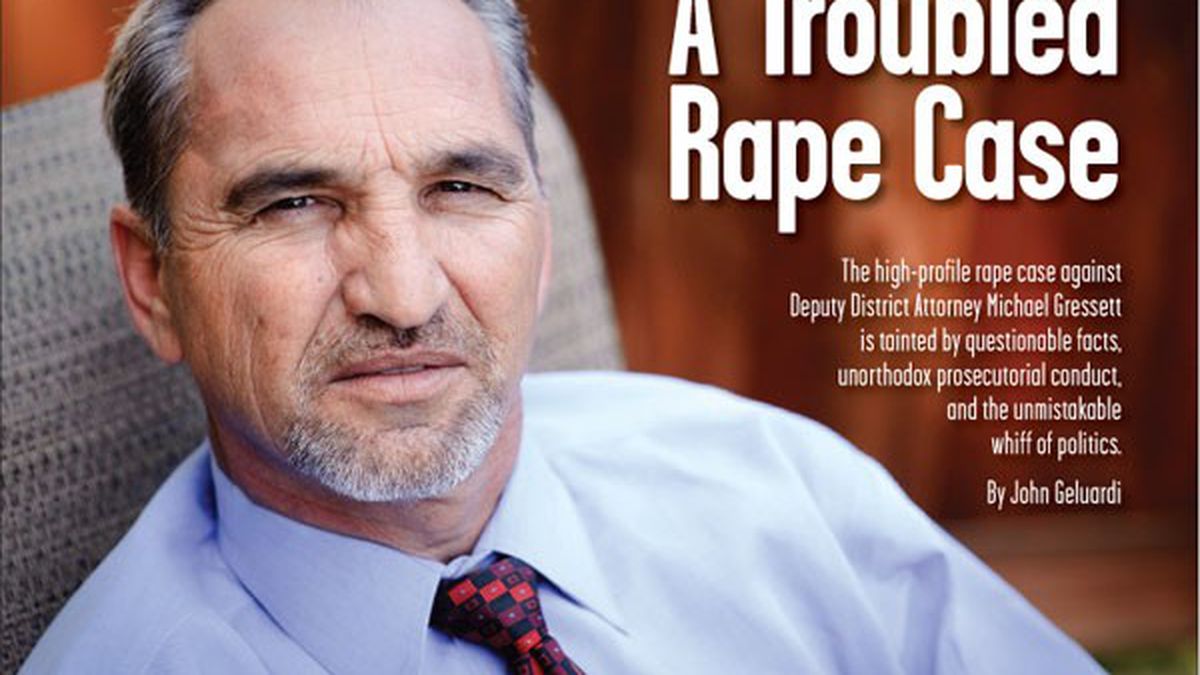 Readers sound off on the lost runner, our CD reviews, Don Perata, and KPFA.

My Mind Has Been Opened

Thank you for the in-depth investigative report on this important
story. I have to admit that when I first heard about an
“aggressive” DA and a much-younger ADA, I jumped to conclusions that
are clearly not warranted. Now, I have an open mind

Why do various articles keep emphasizing Don Perata’s name
recognition?? All I have is NEGATIVE name recognition from years of his
influence peddling, power-mongering, and so many shady dealings with
his political opponents, and campaign donations from all the Good Old
Boys. As a long-term Oakland resident, why can’t I recall even one
thing he did to help those he served in those many terms in office? He
takes credit while others did the work. When I see his name on the
ballot, I will rapidly skip over it.

How Can He Show His Face?

I am surprised Don Perata is not ashamed to show his face in Alameda
County where so many voters already know that IRV/Ranked Voting
elections allow better democracy. Many of us have long known that
Perata was the one in Sacramento preventing voters statewide from
modernizing to ranked voting. IRV is the election system that
counts the will of the most possible voters in the decisive round of
vote counting, there is no honest reason to oppose it.While he stalled,
we have had to rely on politicians like Debra Bowen and locals Keith
Carson, Loni Hancock, and Kriss Worthington for any progress towards
IRV modernization.If Perata had not killed the bills to allow IRV
modernization statewide, Oakland and Berkeley would already be
demonstrating how much better democracy can be, and setting an example
for how failing war-torn so-called “democracies” like Iraq and
Afghanistan can also modernize to the better/best election system and
resolve their issues without violence.Instead, Perata has consistently
tried to maintain the status quo money-dominated two-party election
system because he is more confident of raising money and using
insider-party politics than he is of getting actual voter support.

Chris Thompson’s chronicle of the latest spitting duel at KPFA
starts with a slap at Glenn Beck and ends announcing that the executive
director of Pacifica is planning to oust KPFA board member Brian
Edwards-Tiekert, presumably for his ideological impurity.Just as our
president responds to diversity at Fox News by trying to trump the
First Amendment and freeze that network out from contacting the people
we pay, so, too, KPFA honors the basic leftist tenet that diverse
colors are cool, but diverse opinions must be disenfranchised.

It’s no accident that another board hopeful is Henry Noor, whose
antipathy towards the most religiously diverse and free-speech-honoring
nation in the Middle East (Israel) is well-known.

In 1968, as an anti-war activist, I was surrounded by leftists more
interested in grabbing power than in enhancing freedom.I’d love to see
someone on the left champion change I could believe in.

The fight at KPFA has nothing to do with democracy; the main
factions in the dispute are the old Jewish-Stalinist guard and
associates, and the newest crowd of racists of color and associates;
even though, sometimes, they cross-breed.

They’re all opposed, not just to democracy but, most of all, to
socialism.

In the last ten years they’ve drastically reduced the talk shows and
only a few programs still allow some listeners’ calls; they’re
carefully screened. Once they identify a caller who’s not going to walk
their line or the guest’s line, the caller is disconnected, bypassed,
or unceremoniously cut off.

This breed is totally disconnected from the US working class and it
can only survive in Berkeley, even though, lately, its had serious
trouble meeting its fund-raising goals. Its disappearance wouldn’t be
any loss to revolutionary politics for it is a total distortion of what
“revolutionary” means.

The Elephant in the Room

Neither the author of the article on the wanderings of John Mintz,
nor subsequent writers of letters to the editor, seem to grasp an
important fact:

Mr. Mintz, as described, appears to be an individual with an autism
spectrum disability.To the unaware observer, it is easy to write off as
mere flakiness Mintz’ odd behavior, such as repeatedly getting lost in
the woods overnight.  But there are some important clues provided
in the narrative:

Insensitivity to heat and cold — and failure to anticipate the
weather, plan, and dress accordingly — are all red flags that
this guy is either an Asperger’s Syndrome person or a high-functioning
autistic.

The fact that he apparently lacks the “executive function” to learn
from his mistakes and modify his behavior provides more data to suggest
he’s on the spectrum.

Finally, the fact that he has not come forward to sue the
Express for defamation, or at least written a letter in his own
defense, makes it very likely that he’s some kind of Aspie.

Maybe he is embarrassed, or maybe he is oblivious. But hey,
tell him it is okay to be who he is. He just needs to have some simple
habits and have some “cueing and setup” to follow a few
procedures.

For those who care about this man, I would suggest that you train
him, through repeated nagging and reminders, to tell a particular
person when he plans to go wilderness running and to “file a flight
plan” with you.I would also make him a laminated checklist with stuff
he needs to take with him: GPS, water, cell, and that the
batteries are charged. Help him make up a kit.

It is good that he is enjoying the wilderness and staying physically
fit, rather than becoming a couch potato, like many people with
developmental disabilities.

Give Wynton His Props

Wow. I remember I used to feel similar about Wynton, and, on the one
hand, must forgive what you wrote, on the other, my opinions on him
weren’t printed for countless impressionable readers, who may take your
words and steer their ears and hearts away from Wynton. Through KCSM,
the Berkeley Public Library CD collection, the Ken Burns Jazz series,
and a few books, I’ve learned to respect him and his devotion to the
art of jazz music. He comes across as a very direct, matter-of-fact
spokesman for and about jazz, but make no mistake, he is the real deal.
Many music critics in the past (white and widely published) ignorantly
downplayed jazz musicians, not exactly knowing what they were hearing,
as jazz developed. They controlled whether butts were in seats or not.
Musicians playing for a living may have had to go overseas, some due to
loss of their cabaret card, some to pursue appreciative audiences
— and, of course, a better living. One critic said Ellington’s
best was behind him early on, he then proceeded to win countless best
jazz this and best jazz that awards for twenty additional years
(Downbeat Magazine). (Thanks to the Duke for sticking it out, as
our world is better for it.) You know a lot about music, and may have
your opinion on Wynton for reasons I’m not aware of. I hope not. As far
as I can tell, Wynton singlehandedly blew fresh wind into the sails of
jazz when it desperately needed it. It is well known when on tour,
Wynton would make a point of visiting local schools to encourage
students in jazz programs. (He could have been chasing skirts, like
most of us would have.) Wynton has long been known to have an attitude
jacket by interviewers because he is so straight forward and refuses to
continue the impediment of jazz by bad press. Nobody likes a “know it
all,” but when asked, Wynton will give you both barrels. He is not
famous for smoothing things out. Wynton is very aware of jazz roots in
blues, which formed directly from the end of slavery. The fact
that this amazing human expression came from people who couldn’t read,
or lived in horrific conditions conjured up a jealousy or resentment in
existing musical establishments, making it even harder due to the
embedded racial condition. Yes, Wynton is very Wynton, but calling him
a snob seems, to me, very shallow, and unrespectful of the whole
picture. Mr. Keresman, please forgive my rambling and poor computer
skills, but (if I may) recommend a book by Albert Murray titled
Stomping the Blues. Maybe you’ve already read it, but I suspect
not. Wynton didn’t come from a dirt-floor shack, neither did Miles, but
Louie did. My favorite quote of all time, which is built up to and
substantiated very cleverly before stated is on page 148, “Louis
Armstrong, Promethean bringer of syncopated lightning from the Land of
the Titans.” Wow. Oh, thanks for hipping me to my next CD purchase.

Attached is a letter sent to Oakland City Reps. The parking in this
city is getting out of control.

Dear Oakland Representatives. I am writing to let you know how much
I love living in Oakland. I’ve lived here for six years now and know
that of all the places I’ve resided (Montana, Seattle, Sacramento, San
Ramon, San Diego, etc.) Oakland is the place I am meant to be. The
diversity and culture and sense of Oakland pride makes me proud to call
myself a resident. This is why it saddens me to no end to have received
a notice in the mail (nothing was left on my vehicle) informing me of a
$100 parking ticket (given on a Sunday and increased from $35) for
parking in MY driveway that happens to sit on part of the sidewalk in
an area that has more residential buildings than parking spots. My
boyfriend and I are both out of work and don’t exactly have $100 lying
around … upsetting in the least, but it doesn’t stop there.

While we’ve been looking for work, we’ve been using the downtown
24-Hour Fitness almost every day of the week to try and stay sane. On
Monday 11/2/09 while at the gym my boyfriend and I noticed we were
being given yet another parking ticket and ran out to ask your parking
enforcer why (we had paid our $2 for the hour the same way we do at
least six days a week and give Oakland a minimum of $65 a month in
parking). She stated it was because we had parked between two parallel
parking spots, the same way everyone, everyday park along the front of
24-Hour Fitness — DAILY! I’m there nearly every day and this was
the first I had seen of this. Most of the time this parking enforcer
drives on by, but this day she decided to give our car and only our car
a ticket. I wasn’t aware that you could not park in an available spot
if the entire row of cars parked half a space off. Had I known, I
wouldn’t have parked there and now instead of owing you guys $100 I now
owe you $165 of which I don’t have on top of beings harassed by your
inconsistent parking enforcer who clearly doesn’t care! This does not
make me want to live in Oakland and give you my tax dollars.

My suggestion is that you clean up this city and the miss use of
city dollars by YOUR city administration and stop leveling the city
deficit on the unemployed residents who call this place
home!Thanks,