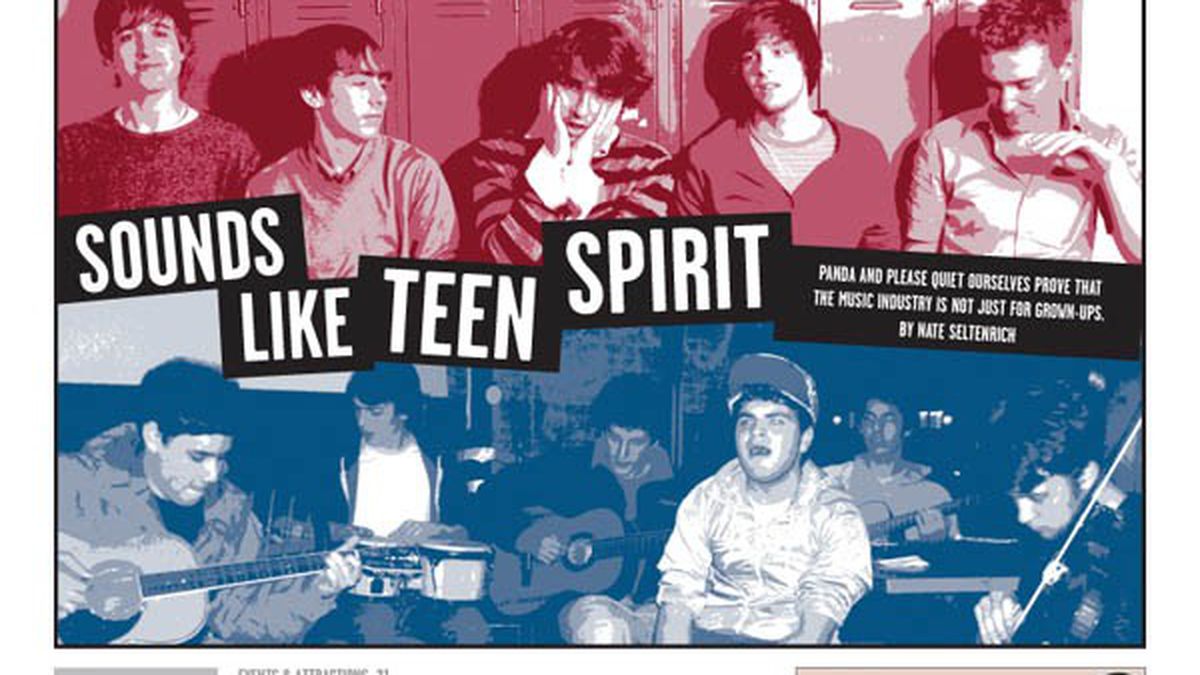 Give ‘Em the Boot

Alameda Mayor Beverly Johnson was elected to City Council on the same ballot that authorized AP&T to make its ill-fated foray into the telecom business. Ms. Johnson has held office as council member or mayor ever since, and during the entire duration of the debacle that is AP&T Telecom’s division. When this story broke in 2006, during her re-election campaign, the only thing the local papers could print was “Mayor Johnson was unavailable for comment.” And strangely, the AP&T annual financial report, for the year ended June 30, was delayed until after the election. Alameda Councilmember Marie Gilmore has held her seat for the past five years or so as AP&T has fell into the sinkhole — and she’s done nothing about that. It’s time to give her the boot in November too.

I am a regular at the Mint Leaf restaurant. I was disturbed by Anneli Rufus’ review. A nasty and unpleasant tone permeated the article leaving the readers with a bad taste in their mouth toward the restaurant under review. In the opening paragraphs, Rufus attacks bistros in general, “capitalism and its victims” and the “robotic wine machine.” If anyone was a “victim” it was the restaurant at the hands of a reviewer who was negative, unfair, and inappropriate.

What is unfortunate is that the reader may generalize from Rufus’ criticism of bistros in general as “cramped, claustrophobic, self conscious” to the restaurant under review. Contrast the décor and atmosphere of the Mint Leaf, which is roomy, high-ceilinged, reasonably quiet in the eating area, and overall very pleasant and relaxing. I wondered why Rufus felt that it was her job in reviewing this restaurant to take up one quarter of the review as a platform for her diatribe against bistros in general. She rails against them; “the tiny upmarket bistro table is part of the capitalistic machine and you are its oppressed victim.” Rufus seems unaware that the reason people go to bistros is because they want to be close to or on top of each other, feel the buzz, eavesdrop on the conversation in the next table; maybe even start up a conversation with people next to them; all of which is enhanced by the closeness of the tables. Going to a bistro for a private, intimate conversation is like choosing to go to a fish restaurant and ordering steak, then complaining that the fare is not to your liking. If Rufus wants to have a private conversation and “tell secrets” that will not be overheard, I suggest she hire a therapist. She will be the only one in the room, and confidentiality ensures that no one will “hear” what she reveals. Unfortunately, the price will run around $125 for fifty minutes and she will leave hungry. Contrast The Mint Leaf where you are made to feel welcome: where you can comfortably hangout for long as you wish; prices are very reasonable and, when you leave, your belly will be full of delicious food.

If the experience of bistros is so traumatic for Rufus, why not have the Express send an alternate reviewer; one who finds bistros fun, energizing, and intimate. One (wo)man’s nightmare is another (wo)man’s dream.

By the way, where was your fact checker or tape measure? The tables at the Mint Leaf are a comfortable 24 x 24 not the usual 20 x 20 of typical bistros.

This first quarter of the review on bistros and capitalism was followed by an innuendo that there are too many Indian restaurants in the area; “a town rife with Indian restaurants” sounds a little xenophobic to me. Does Rufus dislike Indian food? Also, what was the relevance of the fact that other restaurants are owned by relatives? Rufus’ fear of monopolies?

Then, there is Rufus’ sarcastic retort about the wine machine The unique Italian wine machine is described as “robotic.” Presumably a dig at the mechanization of society. Is this a review of a restaurant or a platform for Rufus’ attacks on the ills of our society? One could easily view the machine as an object of exquisite Italian design, dramatic, streamlined. Of course, everyone is entitled their idiosyncratic take; unfortunately, Rufus’ take too often tends to be hostile and negative. Now, lets be fair and evenhanded; if the size of the tables is a nasty aspect of capitalism then why leave out how democratic the wine machine is. Wine lovers can taste as little as an ounce of a wide variety of wines from the very reasonable to the very expensive. This “robot” provides an opportunity to taste a variety of wines at prices affordable to most.

The food discussion was less than half of the length of the review. I thought her criticism and praise of the food was evenly and fairly balanced.

Rufus also complained about her clouting strangers when she reaches for her bag slung over the back of her chair in crowded bistros.

You shouldn’t be slinging your bag over the back of your chair. That is a sure way to have it stolen. Better under the table at your feet! Maybe you should be worrying more about being a “victim” of a purse snatcher than of “capitalism.” But then, maybe if your purse gets stolen it would give you a chance to complain about that. Complaining does seems to be quite a favorite pastime of yours.

I just wanted to thank you for the fantastic article on Panda and Please Quiet Ourselves! It was informative and thought provoking for me as a parent — great to hear what the Pandas had to say about their desire to be musicians, to make it on their own, and the difficult decision of weighing their parents’ expectation of higher education in conflict with their desire to ride the rising success as a band — tough decision, something Please Quiet Ourselves will soon face. You captured PQO’s current special position of just enjoying creating music on their own terms. Just fascinating reading! The East Bay Express will no doubt be a successful independent local paper with articles like yours and the great graphic layouts of the paper.

I’m Zak from the band the Audiophiles which you mentioned in “Sounds like Teen Spirit.” I picked up the Express yesterday after my bandmate Jeremy called me and told me about it. First off, I’d just like to thank you on behalf of the Audiophiles for the mention of our band in the article. Secondly, I really enjoyed reading the article. Personally, I thought the talk about choosing between college and the band was really interesting. We are going through that now with our drummer graduating this year, and us next year. We have been following the process with our fellow high school bands Panda, and others like Two Seconds, and it’s always interesting to see which way everybody goes. It’s such a big choice, and one that not a lot of people get to make, and it’s so risky either way. I’ve seen it go on since bands like the Matches left high school a few years ago to end up making it big. Thanks again for the mention.

“The Supremes Let John Yoo off the Hook,” Your Words Here, 4/2

After reading the full text of the torture memo, it is my opinion that Mr. Yoo brings dishonor on his family and name by this tortured interpretation of the law. I find it reprehensible that the University of California would continue to employ such a dishonorable person as a professor. I certainly hope that another Nuremburg court is convened and the war criminals that populated this administration are all prosecuted.

“John Yoo Reminds Us Again of His Charms,” Seven Days, 4/9

If you consider the history of Cal’s administration and the actions and policies of the Board of Regents, it is not too surprising that someone like John Yoo would be appointed to the faculty and promoted at Boalt Hall, one of the most prestigious law schools in the country. I was a student there in the mid to late ’60s and the powers that be had very little in common with the students or the outstanding faculty. A while back, I received an issue of the alumni magazine that included what I can only characterize as a puff-piece on this guy. As a lifetime member of that august organization, I wrote to express my outrage that anyone would whitewash this monster. It’s usually hyperbolic to refer to a person or organization as being akin to the Nazis but if the shoe fits … it certainly fits this guy. He should be in prison, not a cushy job at the academy.

Although I understand the opponents’ point of view of the Oak to Ninth project, I think there is way more harm being done by prolonging their fight. How much longer before the developer just throws their hands in the air and says “enough is enough!” and walk away? That will be the day when ANY HOPE of developing the forlorn stretch of Oakland waterfront goes away. Result … a blown opportunity that would have revitalized the area and a rotting waterfront that will exist well into the 21st century.

In “Writing His Own Prescriptions,” (Music, 4/30/08), we incorrectly stated the city in which Winston Goertz-Giffen lives. Although he lives on the border of Emeryville, he technically lives in Oakland.

The Captain and the Kid