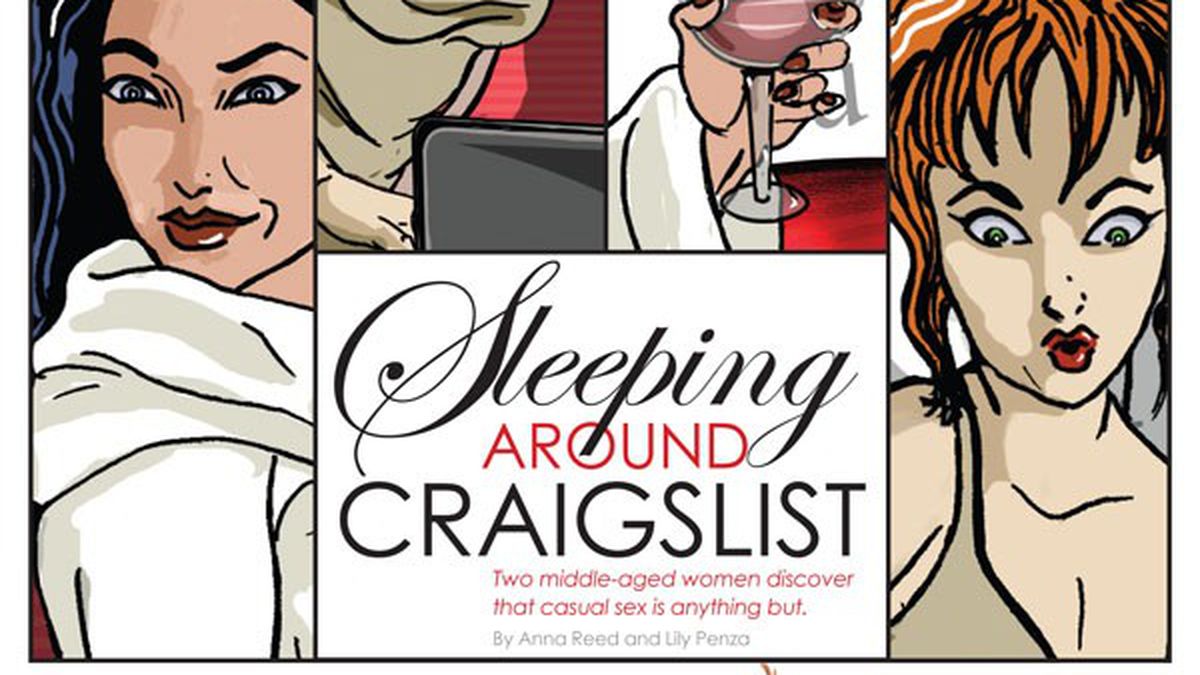 Readers sound off on sleeping around Craigslist, our crime column, corner grocers, BART, breasts, and more.

Fantastic article and very timely! I am a doctoral student at UCSF and I am conducting my dissertation research on exactly this subject: Women who use the Internet to “hook up” for casual sex. In fact, Craigslist was the inspiration around creating the study.

As an (aspiring) academic, I’ve found that there is a huge disconnect between what is available in the popular media around casual sex versus what’s being published in academic circles around similar issues. Most of the academic literature focuses on historically marginalized or “deviant” populations using the Internet to hook up and potential risks to sexual health. It seems like very few people want to talk about their mothers, sisters, daughters, aunties, surfing CL and meeting casual sex partners over lunch for a quickie.

So, of course I shall now rather shamelessly plug my dissertation research study and ask for your collective insights, East Bay Express readers, into online dating, “hooking up,” and love in the modern era! If you are interested in sharing your opinions, there are two ways women can participate in the study: through an in-person interview with me or through an online survey. Participation is confidential and the study has been approved by the UCSF Committee on Human Research.

Anna and Lily, I am so glad that you shared!

No Thanks But Thanks

I have no intention of seeking casual sex on Craigslist or anywhere else, for that matter. But if I were going to, I’d use this article as a guide. What crisp, readable writing, and what a genuinely sex-positive attitude. Lily and Anna, please consider expanding your research into a book for adventurous — and not-so-adventurous — midlife women and men.

This column provides no meaningful reporting and seems to be a vehicle for its author to report on anecdotes about crimes for which she provides no perspective or context. This week’s column was half filled with a rant about staying off mass transit due to crime. The story had no facts. The blurb provides anecdotes about three robberies in or around BART and two robberies on the streets of Berkeley. In fact, there isn’t a single fact to suggest that this alleged crime wave (hey wait, recent figures show crime is DOWN) is keeping anybody off mass transit. The remainder of the column is about two criminals who announced their pathologies via rap releases and on MySpace pages: the column mocks the two evildoers by providing titillating and outrageous quotes. This is news?

Asking liquor stores to carry more fresh fruits and vegetables is one approach that organizations have adopted to remedy the lack of access to fresh, healthy, affordable foods prevalent in neighborhoods throughout Oakland’s flatlands. It is a constructive strategy, but, as your article “Rethinking the Corner Store” indicates, the economic difficulties facing store-owners and neighborhood residents, as well as the environmental conditions in the neighborhoods, present barriers that require Oakland to address food-access issues at a deeper, systemic level.

If we are going to “rethink the corner store,” then it is time to rethink the economic conditions, social environments, and policies that have resulted in 284,970 Oakland residents, living in the flatlands, who cannot access fresh, healthy, affordable foods in their neighborhoods, and who are unable to play outside with their families in a setting that is both safe and attractive. Asking store-owners to stock fresh produce is a beneficial start. With an estimated $1,260 being spent per person — an aggregate amount in excess of $354 million per year — in the Oakland flatlands every year on twenty basic food items, this endeavor suggests a potential increase in revenue for local store-owners and the communities in which they live and do business. But Oakland holds deep-rooted, complex patterns of inequality, poverty, health disparities, and violence that have woven a web that cannot be untangled by autonomous efforts and single organizations. Shifting the systems that keep healthy food unaffordable and inaccessible, that have store-owners struggling to remain economically afloat, that create environments in which residents do not feel safe, demands an intentional, cooperative plan that can draw on the resources offered by community members, organizations, government, and businesses. This shift needs to occur to create change and a healthy Oakland. That is where the HOPE Collaborative can make a difference.

Funded by the Kellogg Foundation, the HOPE Collaborative is focused on transforming the policies, practices, and systems that shape our food and fitness environments to bring about sustainable community change. Organizations and nonprofits, like the Alameda County Public Health Department and Alameda County Community Food Bank, are collaborating with community residents, policy makers, businesses, and other institutions to transform the food and fitness environments in neighborhoods suffering the most from health disparities. This collaborative seeks to create vibrant Oakland neighborhoods that provide equitable access to affordable, healthy, locally grown food; safe and inviting places for physical activity and play; sustainable, successful local economies — all to the benefit of families and youth in those neighborhoods. This collaborative is you. If you would like to become involved or would like more information, please visit our web site at OaklandFoodandFitness.net or call us at 510-273-9147.

We don’t need more BART abusers taking advantage of lax enforcement. Talk about a captive audience. As regular commuters know, it is often impossible to change BART cars to avoid threatening situations (real or imagined) because the doors are blocked. Thanks to East Bay Express, at least now we know to avoid patronizing La Peña Hybrid Experimental and Performance Ensemble.

Hi there! I am grateful your review [of Hidden City Cafe] included info for vegetarians. You did miss the scoop on weekend brunches — a Vegan Special which is very yummy with potatoes, black beans (yes very delicious), and grilled veggies. It’s not often a “straight” restaurant includes the word vegan on its menu!

A Time to Plan

California’s projected growth by 2030 is expected to increase to 46 million residents according to the US Census Bureau. I’m seriously concerned about how California’s projected growth will be handled as each county faces water use and urban development issues in the near future. California’s Carbon Tax went into effect as of July 1 to make industry responsible for its reduction in greenhouse gases, which is a step in the right direction. But what is each county doing to be greener?

The slowing of the economy is our golden opportunity for creating more sustainable cities. We need to stop piecemeal development and focus on the large picture. We have to ask what our city’s infill-potential is. To keep our open spaces available for wildlife communities and future generations to enjoy, we must ask how we will commute from our place of work, worship, home, and recreation in order to limit our own carbon footprint. Now is the time to plan a more sustainable future.

If we do not plan how our population growth and our actions impact the natural world, we will be controlled with disease, shortages of fresh water, shortages of food, etc. We have a choice and we can teach our children to be responsible stewards within the global community.

Our July 2 Apprehension, “What a Tool,” misidentified the tree-sitter activist Marisa Schneidman. The arrested activist was Gabrielle Silverman.