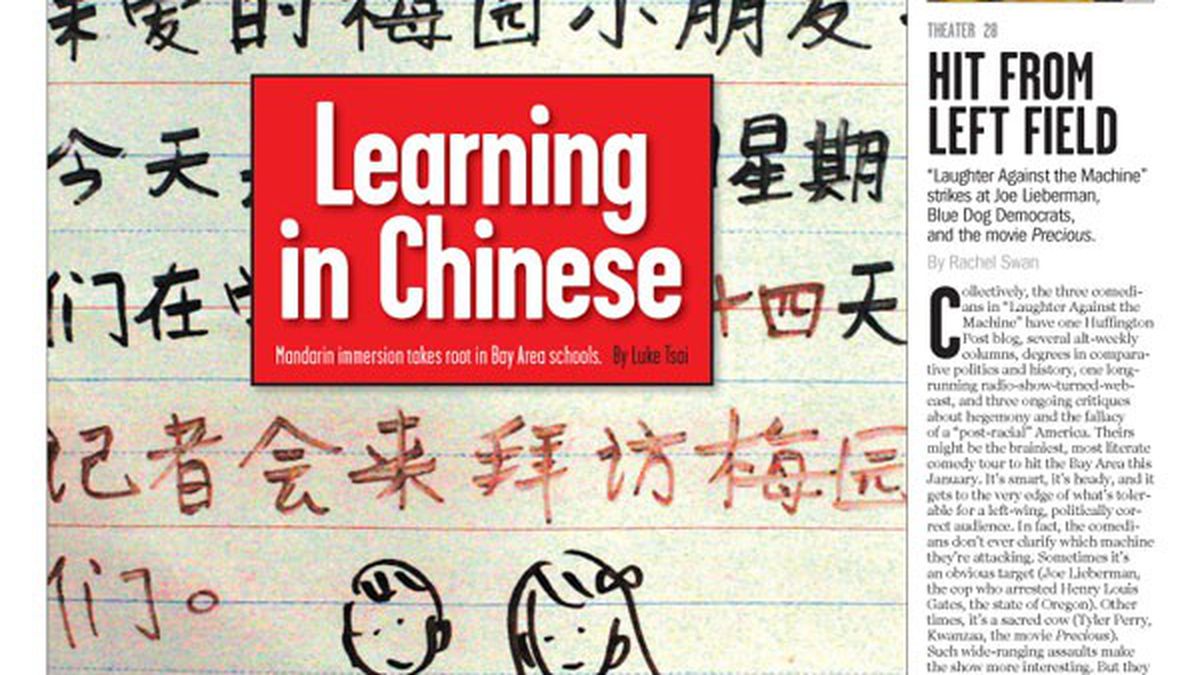 What’s Wrong With That?

As the parents of two recent Berkeley High grads — who between them took all four AP science classes available at the high school — we support the plan to integrate science labs into the regular school day. It also makes sense to us that most students should take college-level courses only after they have completed the corresponding high-school level course — such is the norm at virtually every other high school in the country.

Science courses ordinarily offered to 9th-11th grade students should be rigorous college-preparatory courses. And it should be possible for these courses, like all other core college-prep courses at BHS, to be taught effectively within the regular six-period school day, freeing up zero and seventh period (and terribly scarce resources) for enrichment and support. As it now stands, four to five of the six extra positions funded by BSEP are devoted to before and after school labs — granting science courses 20 to 30 percent more instructional time than other courses. The high school proposes to redistribute these enhancement funds more equitably. What’s wrong with that?

Berkeley High’s Race to the Bottom

Yesterday, President Obama expanded the “Educate to Innovate” Campaign for Excellence in Science, Technology, Engineering, and Mathematics (STEM) Education to help prepare over 10,000 new math and science teachers and train over 100,000 existing teachers. The President’s goal in the “Educate to Innovate” campaign is to lift American students to the top of the pack in science and math achievement over the next decade. Ironically, the Berkeley High School Governance Council just voted to eliminate separate science labs sections, six science teachers, and reduce instructional time in chemistry, physics, biology and environmental science by 20 to 30 percent.

The separate science lab sections at Berkeley High are funded with local Berkeley Schools Excellence Program (BSEP)/Measure A taxpayer money with the explicit purpose of expanding course offerings. For twenty years Berkeley taxpayers have been supplementing state funding with BSEP money. These labs occur during the first and last scheduled periods of the school day (known as “zero” and 7th periods). Students attend labs one or two times per week. Historically, Berkeley High has had an exceptionally strong science program because of the additional instructional time devoted to UC/CSU-approved science courses. Berkeley High students consistently average a 90 percent pass rate on advanced placement science exams compared with a national pass rate of closer to 50 percent. All Berkeley High students are lucky to be able to participate in a richer science education program than students at other California public high schools. Voters expect that local BSEP taxpayer money is targeted to education programs that work — Berkeley High science is one that does.

On December 8th, the Berkeley High School Governance Council, composed predominantly with non-science teachers and staff, voted to cut six science teachers and reallocate those funds for unspecified “equity” purposes. This amounts to a grab of taxpayer funds to support untested and yet-to-be-defined equity classes and de-funds science education to the tune of $500,000 (six full-time equivalent teachers at $84,725 each).

The process of educational decision-making and governance at Berkeley High should concern the community. No discussion or even mention of science education is indicated in the record of the meeting. This is not the way to set school policy or educational priorities. In fact, at the Berkeley High SGC, community input is actively discouraged and the SGC has violated repeatedly provisions of Public Open Meeting laws known as the Brown Act. Additionally, the California Education Code mandates that the School Governance Council be composed of 50 percent community and 50 percent school representatives. The Berkeley High SGC has 22 percent community (4 parents, 4 students) and 77 percent school representatives (27 principal, teachers, classified staff). The voice of the public has been marginalized. Finally, small school teacher leaders form the majority of SGC votes. No wonder that small schools (comprising only 25 percent of the total BHS enrollment) reap the benefits of smaller class size, lower student/administrator ratios, and supplemental resources. They have the votes.

In a time of continuing state budget deficits, we must watch carefully how both state and local BSEP money is managed. The illegally constituted SGC approves the use of BSEP funds at Berkeley High. If BSEP funds need to be reallocated in order to backfill state budget shortfalls, science education should not be the first on the chopping block. Berkeley High BSEP money supports a variety of positions — volunteer coordinator, drummer for dance, a CAS video technician, parent liaison, a student court coordinator, intervention coordinators, as well as college counselors, academic support coordinator and tutors. How is it that credentialed science teachers are the first choice of the SGC to cut? Science education is a national priority, it should be a priority at Berkeley High as well.

We all realize that in tight financial times available resources need to be more carefully managed. BUSD has recently applied for federal Race to the Top money. If the prioritization of budget cuts starts with Berkeley High science education, I fear we are in the race to the bottom. The school board should be insuring that all Berkeley High students are receiving the quality science education they deserve. Please don’t eliminate separate science lab sections, six science teachers and reduce science instructional time by 20 percent to 30 percent. Berkeley High needs to be striving for excellence in science, technology and math education for all students. That is equity.

In our December 23 story about the proposal to cut some advanced and college prep science labs at Berkeley High School to free up money to address the school’s racial achievement gap, “Berkeley High May Cut Out Science Labs,” we should have specified that these labs are currently held before and after school in periods zero and seven. The proposal will reduce science lab instruction time at the high school, but not eliminate it. State-mandated science lab instruction time will continue to occur during the normal school day.