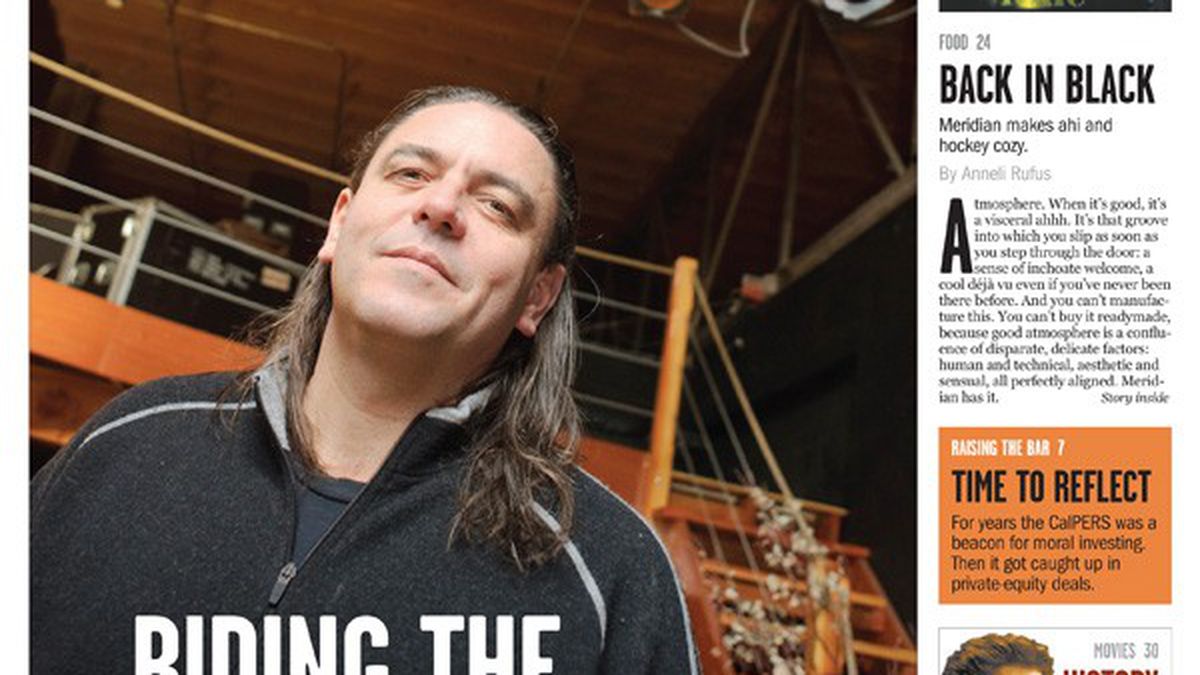 Readers sound off on our review of the Jonah Kit and Zoyres Eastern European Wild Ferment, and Soundwave Studios.

Hmmm, finally someone has defined sprechstimme. It’s off-key.
Thanks. Now I can hate Arnold Schoenberg, Alban Berg, and Kurt Weill.
Oh yeah, and Bob Dylan. Let’s throw in Captain Beefheart. If I had more
faith in this community, I would hope that this “review” would only
further expose the critical shortcomings of this community. Is this our
musical journalism? If so, I must say that it is off-key. Anyway, if
you long for the lost art of songwriting, buy this damn album. It’s
more legal than killing an indie rocker, and it accomplishes more.
Enduring art never fails to provoke this response from critics, aka
professional bitches. It presents a challenge. Please meet the
challenge.

I’ve seen the Jonah Kit live, and Watchman does a credible job
writing and performing his caffeinated folk tales of modern life. While
some of his lyrics may be a little Dylanesque, my guess is he’s been
listening to Bowie for vocal inspiration. His voice is quirky, but
perfect pitch isn’t everything — if it were, we’d have to condemn
such talented songwriters as Jonathan Richman and Lou Reed to the trash
bin.

Being a music reviewer in the SF Bay Area is a very relaxing gig. So
much diverse talent packaged into non-threatening pillows of bliss. I
get sleepy just thinking about it … yawn. And just when I’m about to
nod off to never-never “outsider folk” land, here comes the Fricking
Jonah Kit daring to scream original songs in my ear. Damn you, Jonah,
for being so original and in my face. Let me deal with this one quickly
… ignore how great the songs are … ignore the brilliant production
… dwell on how his voice makes me squirm … throw in a Dylan
reference for good measure … so I can finally go to sleep and dream
of two-chord songs without choruses.

Don’t Hope Too Much

The bigger issue is that both political parties use cultural issues
to win elections but then govern with largely the same corporate
agenda. The Democrats aren’t as bad as the Republicans, but all of us
who want real change should focus more on traditional issues of
political economy and work with disillusioned Republicans to fight
corruption. I say let’s start with public funding of elections. It’s
not a liberal or conservative issue but one that anybody who cares
about democracy should advocate.

Soundwave has been the best thing that ever happened to me. I moved
to the Bay Area in 2001 and started my first band the Stonedmasons. We
were among the first set of bands to move into the monthly studio
building and shared a space with stoner-rock staples Greenhouse
Effect.

Since then, being a part of the Soundwave family has brought me into
a close-knit family of musicians and producers that I feel privileged
to have met — Testament, Flipsyde, Third Eye Blind, Man Made God,
High on Fire, and MIRV, to name a few. Heck, I even saw Lars Ulrich at
a 4/20 anniversary party there a couple of years ago.

My most humbling moments came over the last year when my current
band, Soul Broker, was praised by metal gods Exodus and Testament (who
both caught glimpses of us during rehearsals at the hourly). The other
proud moment for us was when Dave Lopez caught us at Eli’s Mile High
Club in Oakland. He heard about the show through the Soundwave family
and came up to me to tell me how much he enjoyed our set. I told him I
was a big fan of Flipsyde, to which he replied “yeah, yeah, thanks …
but YOU guys were really awesome!”

This is the kind of support that crosses genres — from a
Latin-infused hip-hop guitarist to a blues-based metal band vocalist
— in an atmosphere that only Soundwave can provide.

So, Al, a big thanks from Soul Broker for all that you do. We can’t
thank you enough.

Jocelyn Wiener painted a compelling, and accurate, picture of our
WriterCoach Connection (WCC) program at Media Academy in Oakland’s
Fruitvale District. Like the neighborhood it’s in, the school presents
a highly diverse population, and significant challenges to the
education process. But we’ve found the school district and Media staff
to be wonderfully receptive to community volunteers and the students to
be smart, personable, and, after some understandable skepticism at the
beginning, engagingly open to the one-on-one interaction offered by our
writer coaches.

Full information about WriterCoach Connection, including how to
become a coach, is at WriterCoachConnection.org and I
invite anyone to contact me about the program at 510-528-5066. This
year, 325 WCC coaches are working with 1,600 students in seven East Bay
schools and will have conducted more than 11,000 individual writing
conferences by the time we hit summer.

It took us eight years to get to Oakland, and we’re here to
stay.

If we include big bands in the genre of jazz (who can argue that
Louis Armstrong wasn’t jazz?) then we must say that the roots of
klezmer in America go way back before 1993, back to Arthur Pryor’s band
in about 1915 to 1920. In fact, Pryor’s band is on the cusp of the big
band sound and the klezmer sound, especially in his later works.

Also, it’s important to note that Louis Armstrong was raised in part
by Jewish foster parents, the Karnofsky family (who bought him his
first trumpet). It’s likely that he went with them to synagogue and was
influenced by the music.

So, if anything, it could be said that klezmer is at the root of
jazz.

It’s so nice to read a review of Zoyres, especially by someone who
is conversant in music. The folks of Zoyres put together some really,
really good music. They’re a treasure.