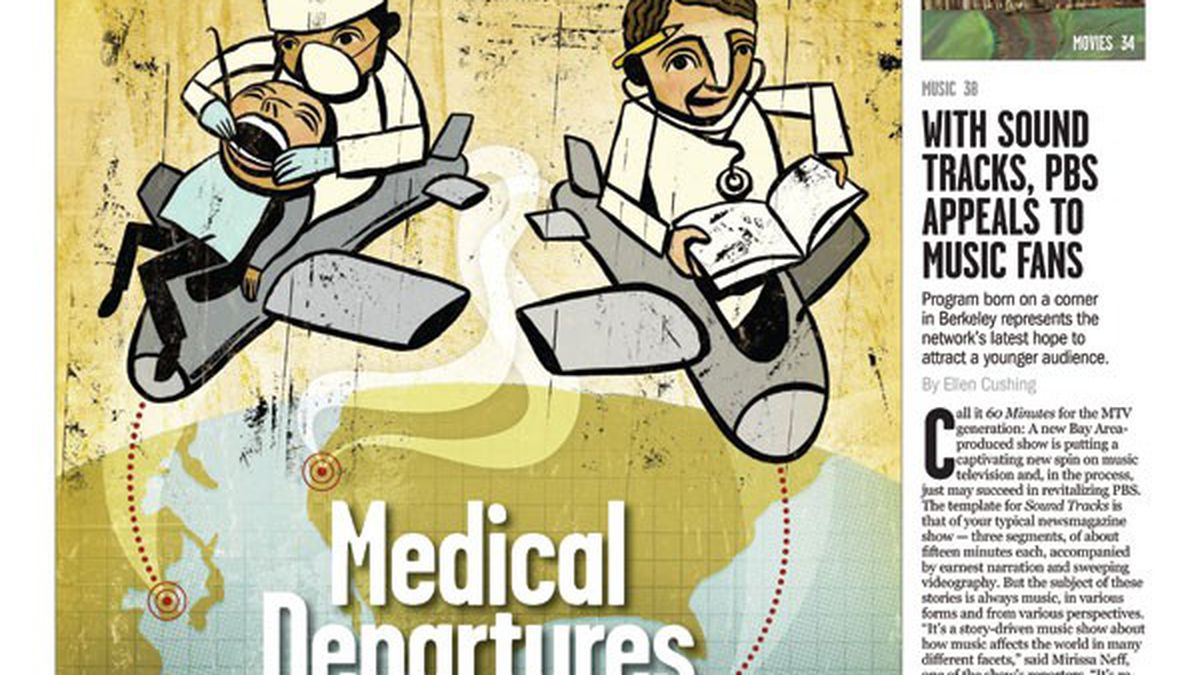 Readers sound off on third-wave coffee, barbecue, roadkill, and Alameda's Measure B.

Based on your article I made a few forays into the coffee 3.0 world. I am through. Just a thought for the owners and staff of these establishments. You may be packing them in now, but when the day comes when there is a specialty coffee outlet on every other corner and there becomes serious competition for customers you may find yourself wishing that you had been a little more welcoming to those of us who are not twentysomething hipsters with Apple laptops which is, yunno, pretty much all of the rest of humanity.

The coffee wasn’t all that much better. Back to Peet’s.

While I welcomed your endorsement, you really need to stop with the overtired and plain wrong “Measure A is racist” line. This false, overworked line has been trotted out almost since the measure was passed, by people in Alameda trying to foster the sort of developer giveaways you decry in your endorsement.

Since Measure A was passed, the racial diversity of Alameda has steadily grown — we have a large representation of African American, Asian and Hispanic or Latino people in Alameda. Roughly half of Alameda’s housing stock is comprised of rental units — largely apartment buildings and single family homes converted to flats. A quick check of the US Census data is all it takes to confirm this. The largest housing blow dealt to the African-American community in Alameda was when Mayor Beverly Johnson facilitated the mass evictions at the Harbor Island Apartments in 2004 by the Fifteen Group, which had nothing to do with Measure A.

The state law — on the books since 1979 — has always enabled this; the developer need only submit plans to request the density bonus. However, in December of last year, Alameda City Council passed a local ordinance that specifies just how the density bonus is to be implemented and what concessions granted to the developer. As your companion article states, SunCal themselves claim that they get the development done by using the density bonus law.

The reason for Measure A, and for the ongoing staunch defense of it, is rooted in a fact you don’t even acknowledge — Alameda is an island. Oh sure, you wave your hand over “the transportation problems that come with 4,400 new homes.” But the fact remains that there is no committed funding for a new bridge or tunnel for Alameda, no place to terminate one on the Oakland side in any event, and no practical solution in sight in terms of a high-frequency rail service. (BART has vague, un-funded plans for a spur line in, wait for it, 2040.)

Alameda residents will support the right sort of development at Alameda Point. There’s a lot of support, for example, for a focus on a sustainable energy research and development campus instead of 4,400 homes and the accompanying transportation problem — 70 percent of Alameda leaves the island to go to work each day already. But we won’t be snowed over by SunCal, any other developer, nor the editorial board of the East Bay Express.

SunCal, the would-be developer for the former Alameda Naval Air Station has put an initiatve on the ballot for February 2nd. The initiative is pure fiction. In the beginning of the initiative they promise a long list of amenities, including a sports complex, to be paid for by up to $200 million from the developer. $200 million is not nearly enough for the dreamy verbal pictures in the initiative according to the City Treasurer. It gets worse. At the third page from the end of this 488-page document, SunCal posits that the $200 million may be only a loan to Alameda. In other words, if the residents of Alameda want these amenities, they will have to raise their property taxes to pay for them