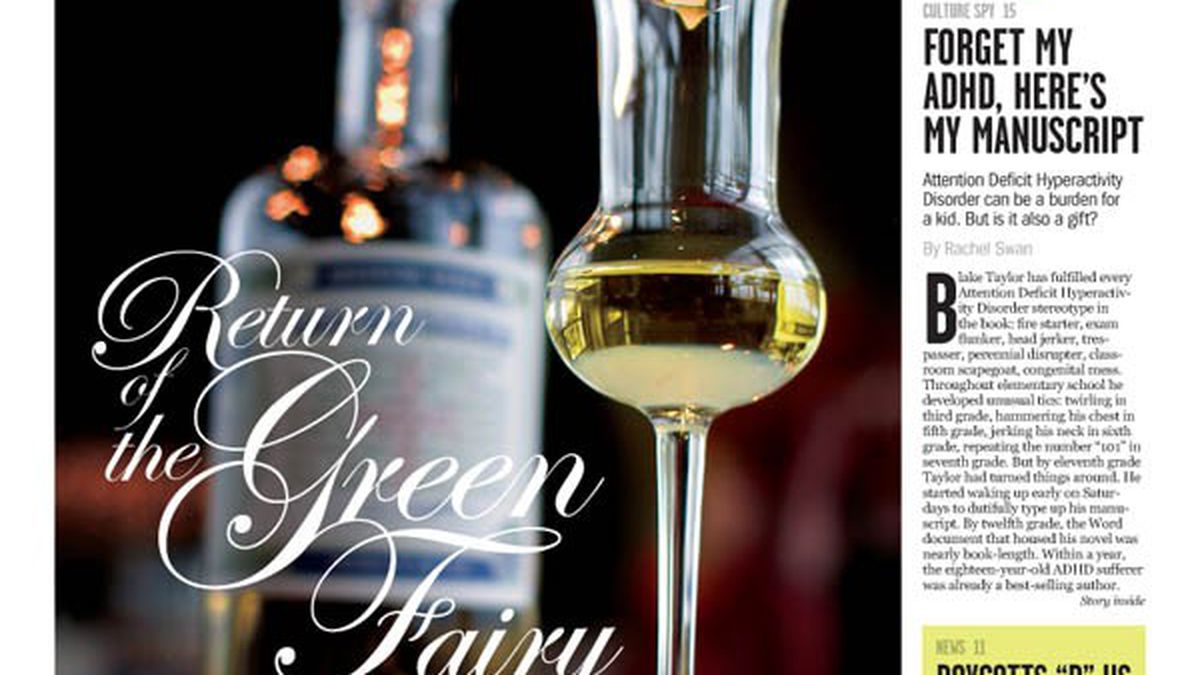 So now your intrepid police beat reporter Anneli Rufus wants us to believe there was no police violence at the Feb. 22 protests in Berkeley, that those poor riot-gear-clad officers were provoked and threatened by a group of Berkeley High School students yelling at them. And Berkeley taxpayers paid how much in overtime for this farce!?!

I personally witnessed police shove one man to the ground in front of the police station, as I’m sure the dozens of others who were outraged that the cops started pushing students around also saw. This was after a youth was arrested and students and World Can’t Wait folks gathered in front of the police station to call for the youth’s release. Does poor old Police Chief Hambleton really expect us to believe that the police were afraid the students would try to storm the station to release their comrade? The students aren’t that stupid, as BHS spokesperson Mark Coplan seems to think. He insults the intelligence of these thinking young people when he says they are “fourteen, fifteen – literally babies.”

My fifteen-year-old son was among the protesters. He’s a veteran of dozens of protests since he was a baby, including the first protest against the then-impending Iraq war in October 2002 in Washington, DC. He’s lived almost half his young life under the shadow of George Bush’s war; he and his fellow students know they are targets of the predators at the Marine recruiting station, and that the endless oil war/terror war is running out of willing cannon fodder. I was so proud of my son that he skipped school March 19 to protest again and chanted “Hell No! We Won’t Go!” But Anneli Rufus is just outraged that students would commit the heinous crime of skipping classes, saying nothing about the war crimes these students refuse to be part of.

To suggest that these intelligent young students are stupidly following the World Can’t Wait crowd because they are given free T-shirts and bandanas is ridiculous. They can think for themselves. I told my son to be careful and be aware that there are agents provocateur who do try to incite violence. I know from 25-plus years in leftist politics that the Revolutionary Communist Party has engaged in this before; their cult of personality around Chairman Avakian doesn’t serve any useful purpose. It’s certainly possible that World Can’t Wait recruiters hide behind youth while screaming at police. It’s certain that Marine recruiters hide behind police while lying to our youth.

If you’re looking for “embedded” journalism that lies in the service of an illegitimate war, you don’t need to turn on Fox News. Just check out Anneli Rufus’ article “Who Baited Whom at Berkeley Rallies?” Not only is Rufus’ attack on antiwar protesters one-sided, quoting extensively from a police spokesperson and other pro-police sources without any commentary from World Can’t Wait, but the article completely evades the substance and nature of the two sides that have been facing off in Berkeley. On one side are the protesters, tired of waiting (five years now) for their “elected representatives” to stop an illegal and immoral war that has already taken 1 million Iraqi lives and forced 5 million to flee their homes, and determined to bring it to a halt by stopping the lying recruiters from sucking more young people into it. In opposition, pro-war forces (bearing signs like “Waterboard the Liberals”) are trying to intimidate and silence what they perceive as a real threat to the status quo.

Rufus quotes the school district’s PR man, Mark Coplan, who accuses World Can’t Wait activists of provoking police while “hiding behind” the youth (whom Coplan calls “literally babies”). This is false, condescending, and paternalistic. The youth have minds and opinions of their own. In fact, one of the best things to happen in Berkeley in a long time is that so many high school students have taken stopping the war into their own hands.

Who is really manipulating the youth? Antiwar activists who tell the truth about the war, or the recruiters with billions of dollars at their disposal to lie to the youth? Who lurks around grade schools in souped-up Hummers, telling kids that war is like a video game? Do recruiters mention that one-third of women soldiers report being raped in the service? Or that this war is based on 935 lies told by the Bush regime? Do they describe the war crimes that US troops are ordered to carry out every day, including torture, collective punishment, and targeting of innocent civilians? If the recruiters told the truth, no one would join. Nothing about this war and occupation is “honorable” and troops that carry out these orders should not be supported.

Military recruiters do not have any “right” to be in Berkeley or anywhere else, since their “right” to recruit conflicts with the right of the Iraqi people to live and to be free of an illegitimate war and occupation.

I can remember going for a walk along the estuary near the so-called Tidewater area by High Street in the late 1960s and a guard pulling a gun on me, ordering me to get out of their private property or he was going to shoot. Me, just some knucklehead brown kid wanting to enjoy a walk along the water’s edge on a Sunday afternoon, having my life threatened for not knowing I was trespassing on some industrial property seems pretty crazy. Even at that tender age, it wasn’t the first time I had looked down the barrel of a cocked gun. I called him every swear word I could think of, daring him to do his worst, but eventually I retreated back to High Street, steaming mad.

Industrial land is an important issue. As an Oakland construction contractor, I know how hard it is to find. But when certain industrial properties become available, such as properties along the waterfront, we want to make those areas available for all to enjoy. Crushing rock or cement plants or storing huge stacks of cargo containers are important, but I think most people will agree that regaining access to our waterfronts is more important and the smart thing to do. Why would anyone want to keep a potentially beautiful waterfront area inaccessible to the general public? I thank Ignacio De La Fuente for having the brains and the balls to fight for us to gain access to the waterfronts of Oakland. It’s our estuary and we shouldn’t have to trespass in order to enjoy it.

“Though Oakland Is Up in Arms About It, Crime Is Actually Down,” Full Disclosure, 3/19

As usual, the East Bay Express seems to have it out for Ignacio, and leaves many stones unturned. Let’s have some real investigative reporting and get some coverage on Nancy Nadel’s idiotic campaign to reduce density in the urban core of downtown Oakland (lowering height limits), which directly contradicts sustainable urban planning principles.

Regarding the supposed success of Dellums and team in corralling funds from the Measure Y to pay for more officers, let’s get some in-depth coverage of the details. Among other things, this move is said by those who follow this to be both illegal and shortsighted as the officers’ funding will not be met in future budgets given deficits and projected shortfalls. None of this is mentioned in your article here.

Our local bloggers are doing a fantastic job of covering some of these things. It’s time for our local publications to do more than report the surface of the matter and get us some substantive information.

Candidate Mario Juarez’ quote that the Unity Council “encourages employees to advocate on behalf of Ignacio” is totally false. I worked for the Unity Council from 1999 through 2006 and I was never asked, or even heard a hint, that we should work on behalf of any candidate for any office. Indeed, I can remember on more than one occasion CEO Gilda Gonzales warning staff that if they are involved in a political campaign to not work on any aspect of it during work hours and to never do anything that would imply that the Unity Council favors one candidate over another.

The Unity Council is a first-class nonprofit that does incredible work for the Fruitvale district. Both under the direction of Arabella Martinez and Gilda Gonzales, the Fruitvale, and Oakland in general, has benefited greatly from the hard work of the Unity Council. It’s a shame that anyone would drag their good name in the mud to further their political aspirations. No wonder Juarez got himself kicked off their board.

Why don’t you first put his own colorful fun bed right beside yours. Have it reallyjolly, with what he likes on it, and pictures and things above it, stars on the ceiling, etc! Pull it up close and maybe share a reading lamp for the two of you. That way, you are sort of like good roommates.

Get a dog! Get a little one, if you cannot have a big one. Dogs love to sleep anywhere you will let them on your bed. They are SO agreeable!

Start going to folk dance, take your son with you and let him learn too! You will meet the best friends you have ever had in your life. I have friends today that I met at folk dancing in 1975. Dancing is not boring like the gym.

Let us know your good results. Love, Nana (I have no grandchildren, so I am a vicarious one. I hope you don’t mind!)

I just read the thoughts of “One Unhappy Reader” in your March 19-25 issue. I want you to know that I completely agree with his observations. Like that reader, I have read your paper since it first was published and am very disappointed by your new typeset which strains my eyes to read (even with my glasses on). Please keep your older readers in mind and return to your previous typeset.

What Were They Thinking?

Yet another nomination for the “What Were They Thinking?” Award: An Environmental Fair Take Action to Reduce Your Carbon Footprint was scheduled for Saturday April 5 at CSEB Concord Campus — a site not served by public transportation on weekends.

In the March 19 story “Return of the Green Fairy,” we misspelled Whisper patron Aaron Pelachaux’s name.

In our April 9 story “The Feminine Abyss of Aixela,” we misspelled the stage name of Syrai Nahagua Kyoko Iviena Kei Furia.

With regard to our March 26 story about the White Horse Inn, Neil Down identifies as queer and not bisexual.

The April 9, 2008 Full Disclosure, “Oak to Ninth Still in Court,” misstated the year in which the parents of Oakland school board candidate Brian Rogers’ parents gave him the property now occupied by his $1.3 million home. It was 1998 — not 2002.