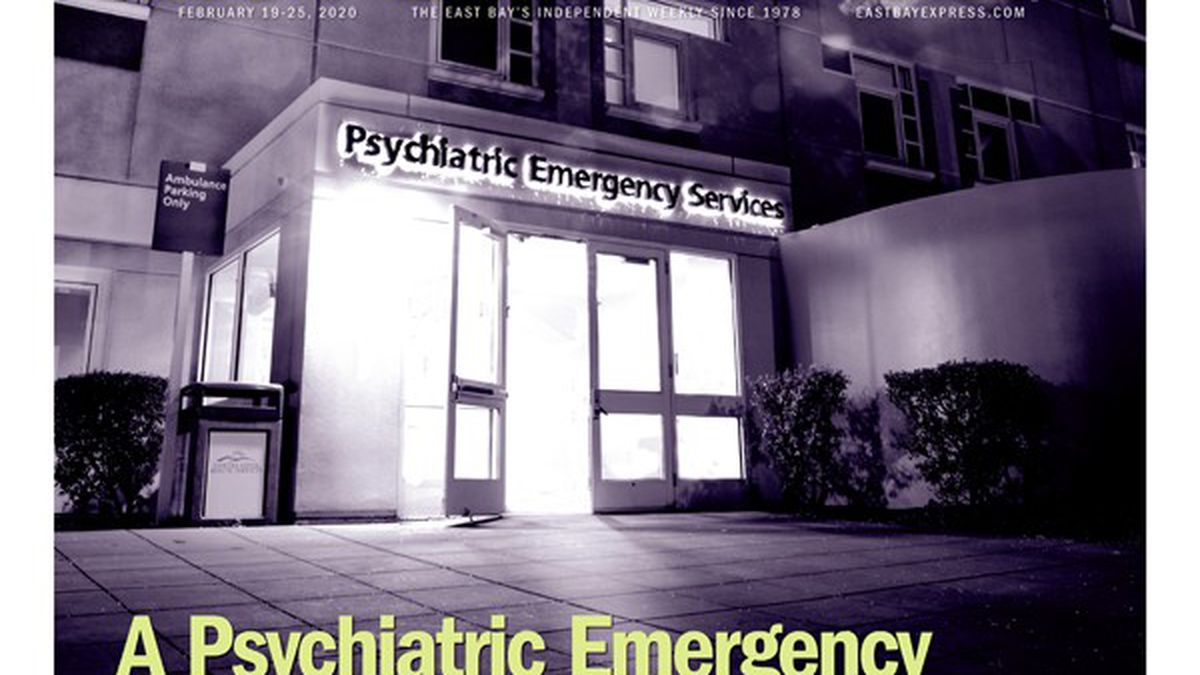 Contra Costa Should Protect the Vulnerable

Wow, thank u so much for this report. I attend the childrens and tay meeting every month and u actually gave me some history I didnt know! I believe this is a very important subject because we need to protect the vulnerable and u cant get much more vulnerable than a child or someone with a mental health challenge.

Thank you so much for bringing media attention to this issue!! So grateful for the advocacy!!

I’m only at the beginning of the article and just want to say that the 14-year-old girl should have had a gown on and the nurse wouldn’t have needed to lift her shirt just to check her heart rate. Just saying that sounds strange to me. Not that it’s the most important part of this article but it IS important. A nurse lifting a 14-year-old girl’s shirt is not OK in my opinion.

As Mr. Godley seems to be calling the shots here, I would suggest he be required to spend three days in the facility as a patient. Perhaps the bean counter turned patient would have an epiphany and realize what pain and trauma his sterile accounting decisions are causing and/or perpetuating.

That’s yoU aNd I Tee whY!

Just learn from other countries like the Netherlands. No one want to take shrooms or truffles every day. Services like these offer professional guidance, but light doses can be used recreationally. As long as you do not get treated like a terrorist by the police, it is all quite safe. PsychedelicInsights.com is an example of the new type possibilities.

Some Environmentalists Are Disappointed With Governor Gavin Newsom (News), Feb. 19

Here’s part of the problem, conflicts of interest: The Governor appoints the secretary of resources, the director of the Department of Fish & Wildlife (DFW), and all five members of the Fish & Game Commission. Most people think the F&G Commission tells the DFW what to do. NOT SO! The commission is strictly an advisory body. CASE IN POINT: Back in 2006, the commission twice voted unanimously to have the DFW cease issuing import permits for non-native bullfrogs and turtles. (California annually imports some TWO MILLION bullfrogs — the majority are infected with the dreaded chytrid fungus.) The DFW declined. When challenged by an irate commission president, Dan Richards (the guy who got railroaded due to his perfectly legal mountain lion hunt in Idaho), the DFW’s then deputy director Sonke Mastrup responded, “The director acts at the pleasure of the governor.” Say what?! So much for the democratic process and any real concern about protecting the state’s natural resources. The commission and department received more than 3,000 letters & emails in support of the ban, from major sporting and environmental groups, animal welfare advocates, and the general public. The late Judge William Newsom (Gavin’s father) sent a support letter, as did former Resources Secretary Huey Johnson (twice), all to no avail. The entire system needs reworking, IMO.

Newsom has completely abnegated any progressive credential he might have had. He’s in the pocket of Big Ag.

I do appreciate a really good old-fashioned, but I also appreciate something that is over the top awesome. There is room for both

LOL. Yeah, we just are short on hipster $5 donuts, and it’s really killing the vibe around here.

Not everything needs to be artisanal. Or does it? Because, you know, a beard and a flannel shirt helps you see reality, bro.

The City Council and Mayor of Oakland have traditionally scapegoated OPD chiefs. It’s nothing new.

Kirkpatrick was doing a good job and I can’t even imagine where the next chief will come from, but I know one thing. They will demand a huge salary and golden parachute, because they know that they won’t last long.

Civilian firing by an appointed commission is beyond stupid. It’s appalling.