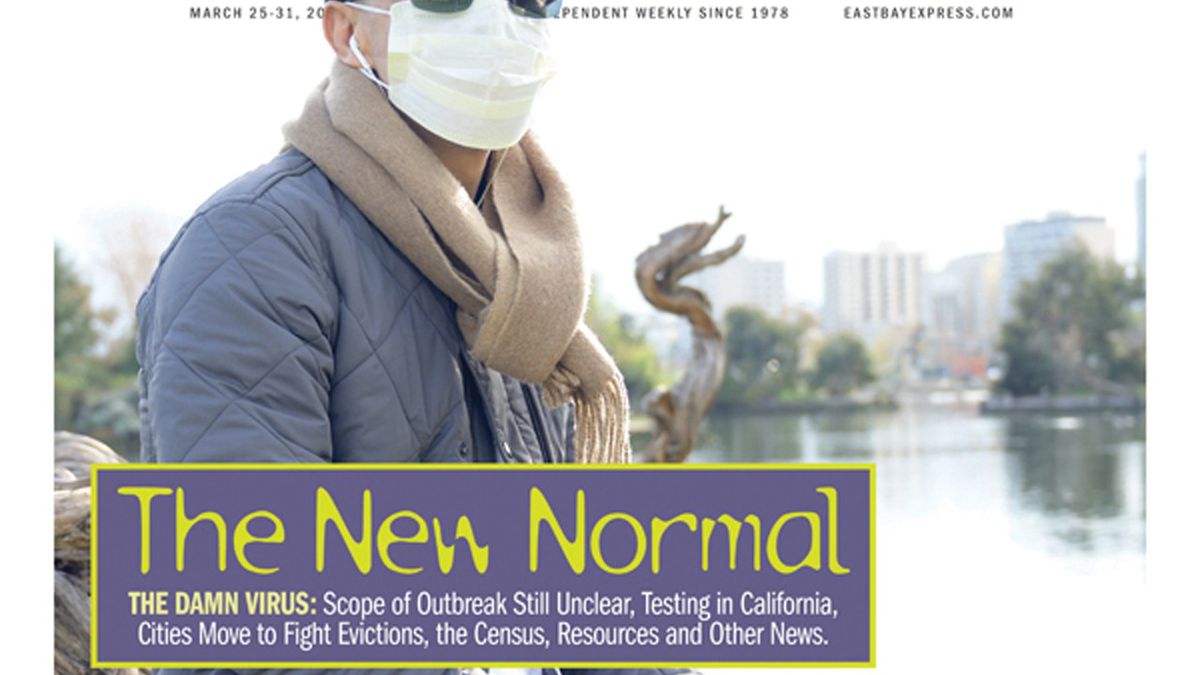 We Need a Better Testing System

I share this experience of getting sick and asking the medical staff at Kaiser repeatedly to test me. I went to the emergency room — which was nearly empty at the time — and they still wouldn’t test me. It is ridiculous because this means that the numbers are so inaccurate, we have no idea how many cases there are in the U.S. I dare say, as the tech capital of the world, I would think we’d be able to figure this out a little faster. I feel compassion for the medical professionals — all of whom said they WANT to test but can’t. How frustrating it must be for all of them. We need a better system. “TDTS: Trump Delayed Testing Syndrome,” doesn’t work. Take care.

Senators Should
Not Sell Stocks

Anyone with high level clearance and received classified information should have to be blacklisted. I haven’t work for a company yet where I haven’t been blacklisted at one time or another; all because I work in IT. It’s crazy that is not already in place.

Pay Rent If You Can

Thank you for this fair and accurate write-up of my position. In the end, what I thought was missing in the emergency ordinance was this: if a tenant can still pay part of the original rent even after losing some income because of the crisis, they should do so, and if such a tenant *refuses* to do so, then in my mind that kind of a tenant should *not* be protected by Alameda’s Covid-19 emergency eviction protection ordinance.

Remember: there’s still several people who are still working during this crisis, some full-time, some part-time, many remotely. In the worse-case rent scenario, what if a tenant under cover of this ordinance refused to pay even a reduced rent, even though they could, and then subsequently skipped town when the moratorium ended, leaving the mom and pop landlord behind?

But even if I didn’t vote for this emergency ordinance, I was happy that the Council adopted the rent pay back idea I raised, which I got from San Francisco by the way.

It Can Only Get Better

Good riddance. EBE has been torturously spiraling down for a long time. It had become one of the best examples of low-quality confirmation bias anywhere.

It can only get better.

Newsom’s executive order today does not enact a moratorium on evictions. All it does is give a tenant who has fallen behind in rent 60 days to file an answer to the eviction. It does not actually provide a defense to the eviction; it just delays when it goes to trial. And this is only if the tenant gives the landlord written notice within 7 days of an eviction notice of the reason that they fell behind. It doesn’t prevent a landlord from filing a new eviction and doesn’t prevent them from prevailing once it does go to court. It does prevent the actual eviction from being carried out until May 31, 2020. But a person can fail to pay rent if they are laid off, have an eviction filed against them, lose in court, and have the sheriff show up to lock them out after May 31, 2020.

Don’t Judge All Hayward Teachers As the Same

To get the infection rate data we don’t have to test everyone who wants a test. Much more useful to test statistically valid samples of the population.

Making the test more widely available to people with samples or just people who want to know if they’re infected for various reasons, is a waste of resources. Not as if we have meds or different treatments for those w symptoms who test positive, vs that sick who test negative.

And much lower risk to the health workers administering the tests.
Main exception to random testing of samples should be for symptomatic people who live with others who are symptom free.
(btw, article in NYT pointed out that even though Fed got insurance co’s to agree to pay for the tests, that does not cover the ER facility and doc charges to administer the fees. Those can be a couple of thousand dollars.)

Most Oakland residents will affirm that the new minimum wage had two primary effects. It increased the economic wellbeing of some employees and reduced the number of employees working. It also had a side effect. Many, many Oakland restaurants went from full service to self-service to stay in business. Many others went out of business.

The Trouble with Kaiser’s Technology