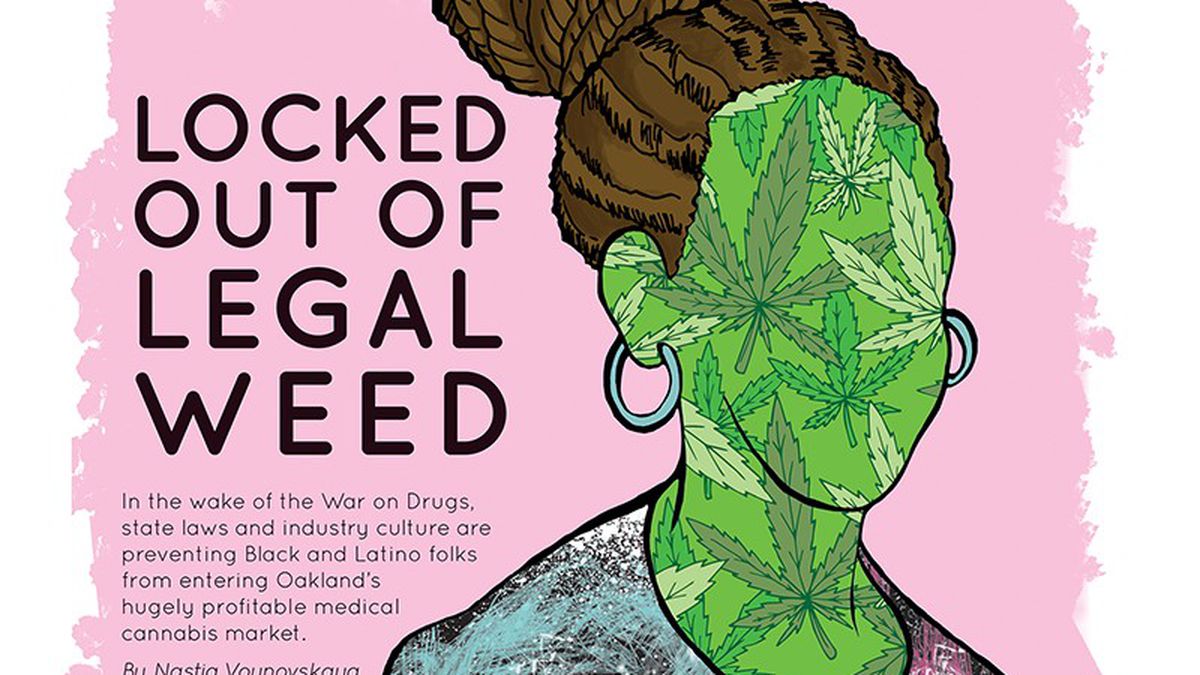 Readers sound off on the cannabis industry, labor practices, and Antoinette.

Impressive article. Impressive organizing by Supernova and others. There should be no barriers to ownership or licensure in any business based on prior convictions for drug crimes. That goes for medical marijuana and the adult use of recreational marijuana, should it become legal. California and the nation have permanently disenfranchised people for selling a small amount of a commodity that another adult wanted. It’s wrong and it’s racist.

Great in-depth article. The cannabis industry really has a chance now to make a positive social impact on Oakland, rather than blindly focusing on the almighty dollar.

Businesses that seek to avoid paying for workers’ health care have a strong incentive to offer less than thirty hours of work per week to their employees. That’s the threshold of what constitutes “full time” employment with regards to the Obamacare employer mandate, which just fully kicked in this year. So, get ready for a lot of service sector jobs that offer workers 29.5 hours per week. Now, that doesn’t explain the issue with the chaotic and inconvenient scheduling, but I’m sure it is part of the reason these workers can’t get more hours, even when they want them.

As one who stayed at the Claremont many times over the years, before it became chichi, it is appalling to hear how fancy the hotel has become. I’d often look forward to quiet, excellently prepared breakfasts, even having one’s omelet made to order. The view, the quiet atmosphere, and the remarkably reasonable prices, given the setting, always made the Claremont a go-to dining experience. Too bad that the food mavens have trashed the place. Thanks for the warning!

I wonder if UC Berkeley professor Richard Walker has read Henry George’s Progress & Poverty? It is one of the most praised and glorified American books ever written. It simply solves many of the issues Walker examines. And the history of how this book revolutionized the world, but then was marginalized by ivory tower elites, also helps explain why the cost of housing is still such a problem.

I just spoke with some anti-gentrification activists at the Oakland City Council meeting last night. They told me with a straight face that they wanted to stop all luxury housing in the entire Bay Area, and only allow the building of low-income housing to stop the gentrification of the region. I asked them how they could actually stop investors from building any market rate housing and they simply asserted that they could. I asked them what it cost to build one unit of housing, and they didn’t dispute the cost of $300,000 to half a million dollars, but they said there were enough state and local funds to build low cost housing. I proposed we needed to build more housing at all income levels and they sneered I was one of those “supply side people.” One of the pair said he knew how to crash the real estate market. I asked with great interest how we could do this and he said that currently the City of Oakland pays landowners of vacant land in Oakland not to build housing in order to keep the price of real estate high. “If housing were built on the vacant land it would lower the price of housing,” he said. I jumped on the comment to say I completely agreed with him. More housing would help to lower, or “crash,” the market price. He then seemed to realize that he was also a supply sider.