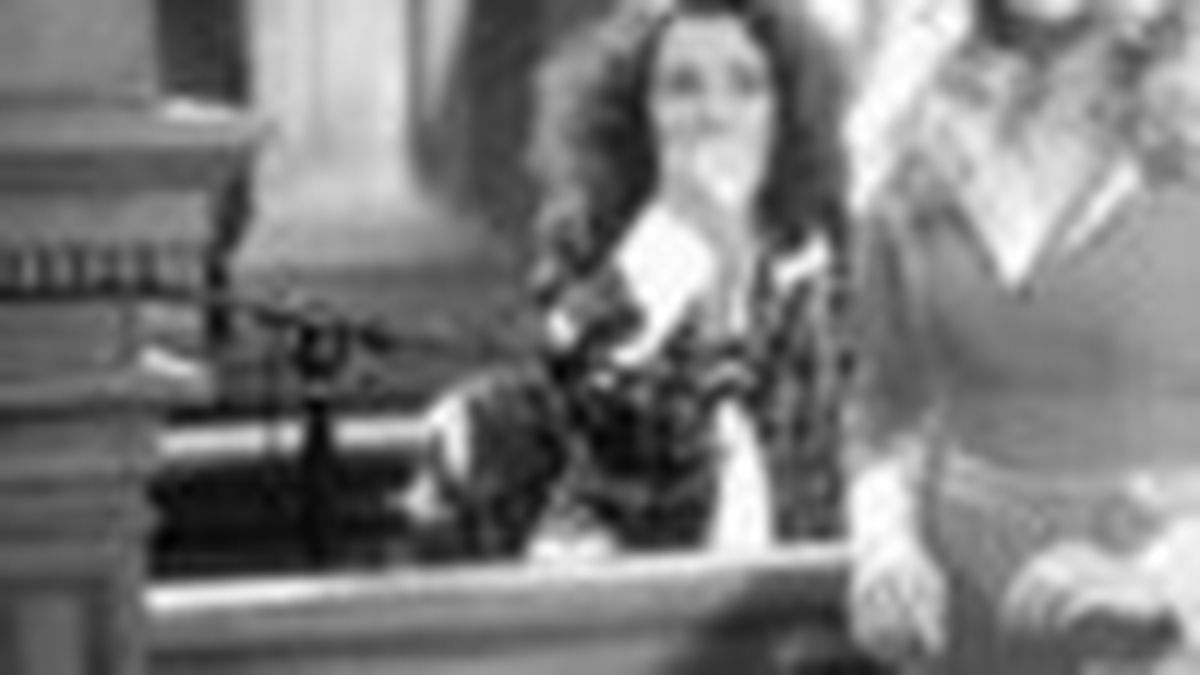 Back in her early teens, Reese Witherspoon proved herself a terrific actress in her big-screen debut, Man in the Moon in 1991. Since then, she’s done first-rate work in critical hits like Pleasantville, cult faves like Freeway and Election, and underrated gems like Best Laid Plans. So how is it she now finds herself stuck in a tepid, by-the-numbers vehicle like Legally Blonde?

Let’s start with the title: Legally Blonde is yet another pun based on the similarity between “blonde” and “blind,” in the grand tradition of Blond Ambition and Blonde Fury. Yet, while unoriginal, it manages to add a soupçon of distastefulness to this well-worn gag by being the first to riff on a phrase referring to actual sightlessness.

We do not slouch from bad taste … if it’s at least in the service of something really, really clever. (Springtime for Hitler leaps to mind.) But in this case, sad to say, the title is a good sampling of the wit level of the film as a whole.

Witherspoon plays Elle Woods, a spoiled, brain-dead sorority bimbo from the Delta Nu chapter at “CULA.” (The portrayal of this thinly disguised Southern California campus’ student body should be grounds for a class-action suit on behalf of the hard-working kids down in Westwood.) Elle thinks her boyfriend, Warner (Matthew Davis of Tigerland and Pearl Harbor), is about to pop the big question before heading off to Harvard Law School, but she’s living in a fool’s paradise.

Instead, Warner breaks up with her, explaining that, while he loves her, she just wouldn’t be an acceptable wife for the East Coast establishment lifestyle his parents have chosen for him. (His brother has just gotten engaged to a Vanderbilt, a match that in the film’s view must obviously be loveless, since, gosh, Ms. Vanderbilt has committed the horrible sin of being homely.) But Elle, like countless other lovelorn airheads before her, has pluck (and apparently limitless money and unbelievable luck), so she decides to get into Harvard Law herself and show that snooty ol’ Warner that she can be everything he’s looking for.

Clearly this is not high realism we’re dealing with, as Elle proceeds to do everything so totally wrong in the application process that the admissions committee is inexplicably impressed and lets her in on the grounds of “diversity.” (Let us briefly pause to consider the fact that Elle seems to be applying at the end of her senior year in order to start school that fall. They could have at least attempted some lame explanation for that.)

Next thing ya know, there’s Elle and Warner both as first-year students at Harvard Law, where our heroine quickly embarrasses herself by dressing and acting exactly like the absurd ditz that she is. You’d think that someone who was an honors graduate of CULA’s Fashion Marketing B.A. program might know that heels and flouncy pink outfits are not really de rigueur on Ivy League campuses, but not our Elle. All of which gives lots of ammunition to Warner’s spiteful, snobby new fiancée, Vivian (Selma Blair, who also appeared with Witherspoon in Cruel Intentions).

You know where this is heading. Through a remarkable series of coincidences, Elle finds herself working as an intern in the defense of an accused murderer, whom she just happens to know and who, being her cultural twin, she can relate to better than any of the other lawyers can. And eventually, somehow, the specialized knowledge she has about fashion, makeup, and hair care will end up saving the day.

The final big courtroom scene demands comparison to the climax of My Cousin Vinny, another moron-shows-that-book-knowledge-isn’t-everything legal epic. Vinny was not a great film, but Marisa Tomei’s big-revelation testimony was a genuinely exciting, invigorating, funny scene. The equivalent sequence in Legally Blonde has almost no impact: It isn’t set up as well, and it flies by so fast that it makes the abrupt final confrontations in the Perry Mason TV show seem positively leisurely. (There is also the weird notion that one male character’s having a boyfriend makes it impossible that he might also have a female lover. In the world of Legally Blonde, bisexuality doesn’t exist.)

Making his feature debut, director Robert Luketic is never able to overcome the basic flaws that underlie the entire concept. That is, in the manner of Mike Nichols’ Working Girl — which was surely the model for this — Elle is supposed to be a basically good soul without a trace of snobbery, who is smarter under the surface than she has ever cared to find out. But unlike Melanie Griffith’s Tess, who was being held back by her economic background, Elle is a rich kid who has been held back by her own loathsome choices, someone whose actions early on do betray dismissive, superior attitudes based on the shallowest of criteria.

Witherspoon is an inherently likable-enough presence to nearly pull this off. (That likability is why she can get away with playing characters we should hate, like the violent, foul-mouthed girl in Freeway.) But the muddiness of the basic concept and the thinness of its execution eventually defeat even her talents.