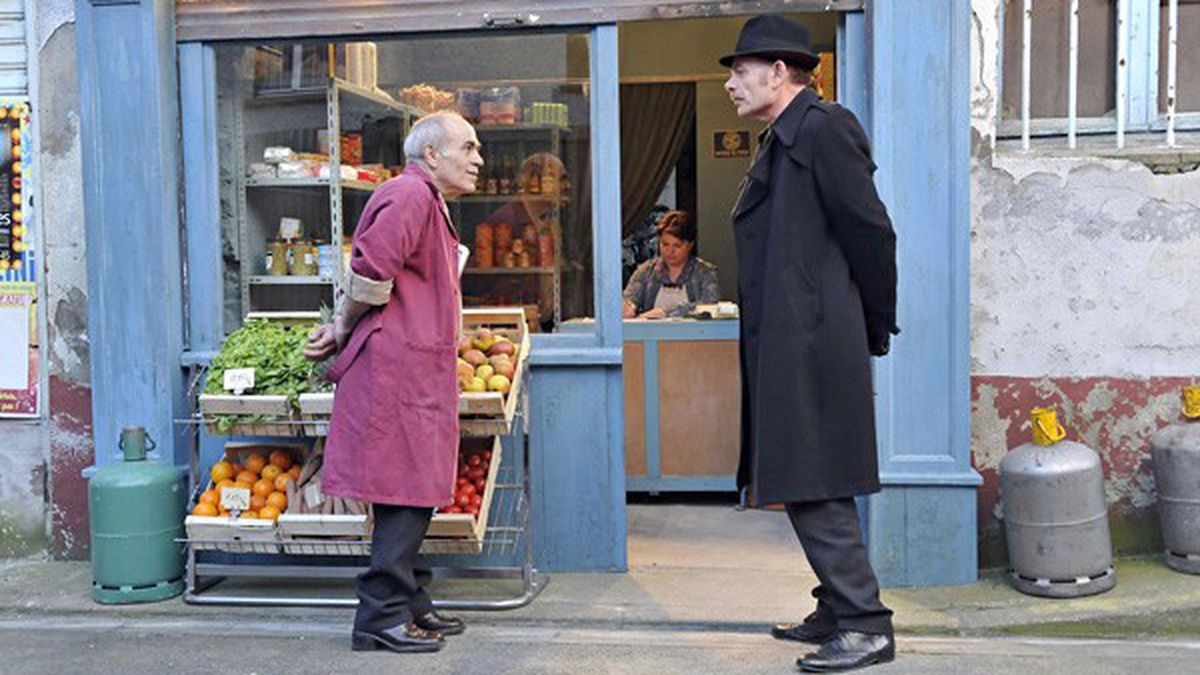 The art of everyday life.

Aki Kaurismäki is one of those filmmakers — in common with the late Raúl Ruiz and the Dardenne Bros. — who have gigantic international reputations in the art-film world but who are practically unknown to the casual moviegoer. And so talking about Kaurismäki’s latest, the deceptively subdued Le Havre, should involve briefly discussing the need for “art” films in the first place. That need is not taken for granted. But given that artistic expression is a necessary part of human endeavor, let’s proceed from there.

Just as the spheres of visual arts, music, theater, and literature benefit from the co-existence of accessible, easy-to-grasp works alongside challenging ones, the vitality of film depends on the interplay of ideas from all points of view — lowbrow, highbrow, in-between, and off-the-charts. It’s a spice-of-life thing.

That is, even if we’re really more thrilled with Pirates of the Caribbean: On Stranger Tides, it’s nice to know that we can drop into the Pacific Film Archive later that same day and investigate the quiet, ironic slices of everyday existence created by Mexican director Nicolás Pereda, to name one example. Human beings do not live by heavily advertised movie stars and theme-park-attraction motifs alone. One gets bored; a steady diet of candy is unhealthy.

Not that Le Havre is such a remote, rarefied experience. It tells the topical story of Marcel Marx (André Wilms), a poor, elderly shoeshine man in the title French seaport, who comes to the aid of Idrissa (Blondin Miguel), a young illegal immigrant from Africa who’s trying to get to London to reunite with his mother.

It’s a straightforward yet completely artificial scenario, featuring the Finnish writer-director’s customary declarative shot blocking and even, unnatural lighting, with welcome overtones of Italian Neo-Realism. Marcel, his wife Arletty (Kaurismäki regular Kati Outinen), and their sympathetic neighbors may be plain working people but they know how to smuggle someone out of town, and everyone joins in except for a police informant played by New Wave icon Jean-Pierre Léaud. The dénouement has a fairytale ring to it. Even snoopy police inspector Monet (Jean-Pierre Darroussin) has a soft spot for the kid, and Kaurismäki lets his homage flag fly with the characters’ names: Marx, Arletty, Monet, Idrissa, Becker — a philosopher/painter/cinéaste’s palette of personages.