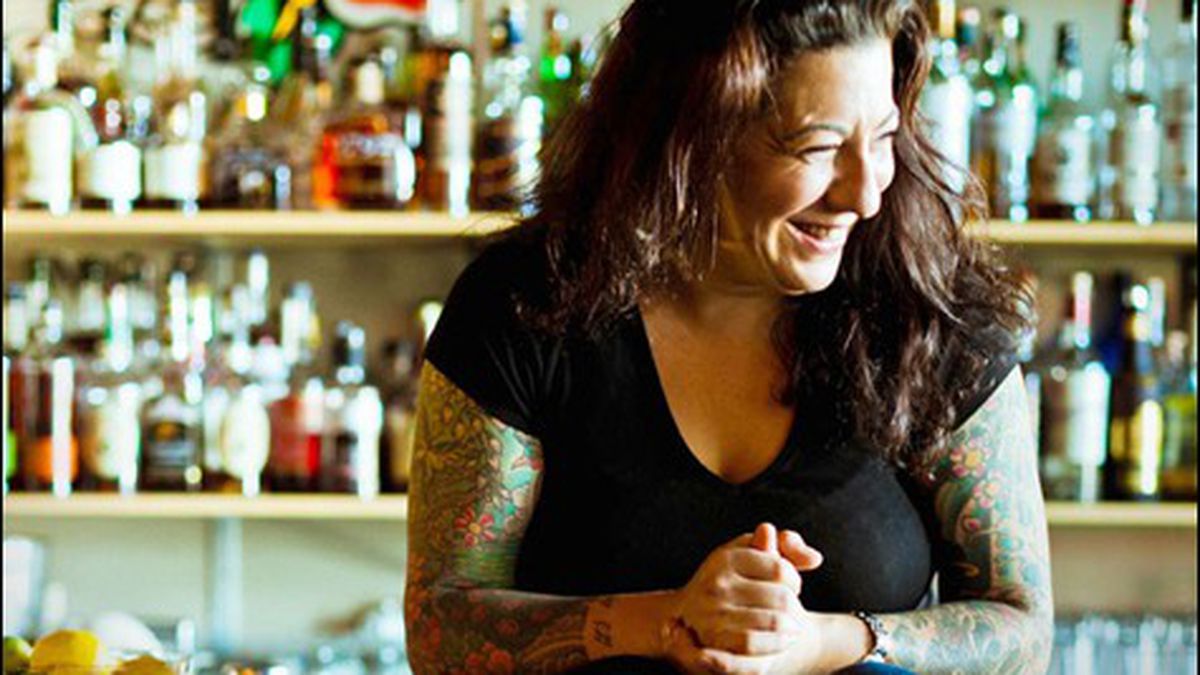 The East Bay is home to a growing cadre of female bar owners. Just don't ask them where their husbands are.

Jennifer Seidman would like you to know that she runs Berkeley’s Acme Bar all on her own, thank you very much. “That’s the thing people always ask me when they find out I run a bar: ‘Oh, did you and your husband start this together?’ Or if you do have a man involved, everyone immediately assumes he’s the owner and you’re the manager.”

To be fair, it’s a reasonable assumption: Though few hard statistics are available, from an anecdotal and historical perspective, female bar owners are a rare breed. Even in 2011, when pointing out — or writing about! — gender feels antiquated at best and reductive at worst, Seidman and her peers are notable simply because they’re still so rare. “There is no doubt that it’s very unusual to be a female bar owner,” Seidman said. “I go to industry tasting events and 90 percent of the time, the only other women there are in tight dresses serving booze.” Wendy Halambeck, who owns the Albatross along with Linda Zsilavetz, places the male-female ratio at big industry events somewhere near nine to one, while Jessica Maria, who owns and operates Albany’s Hotsy Totsy Club along with her boyfriend and business partner, estimates it’s around eighty-twenty. Either way, it’s clear: “This is absolutely a male-dominated field,” Maria said.

It always has been. Before Prohibition, women weren’t even allowed inside bars, and as recently as 1948, the United States Supreme Court ruled to uphold a Michigan law that prohibited women from tending bar in cities of 50,000 or more, unless their husband or father owned the establishment. It wasn’t overturned until 1976. Patricia Shaterian-Rossi, who has owned Oakland’s Fat Lady for 29 years — and worked there previously when her parents owned it — remembers a time when women were scarcely allowed to come into bars unescorted, and when those who did were looked down upon for drinking beer from a bottle, ordering hard liquor, or swearing. “Were there female bar owners when I started out? There were hardly any female bartenders,” she recalled. “There was a time when if a woman owned [a bar] it could be construed as being something else” — meaning a brothel. “So things have evolved quite a bit.” Even so, Maria said, “This is just one of those industries that has been dominated by males since the dawn of time.”

But that appears to be changing — and not just with Shaterian-Rossi, Seidman, Maria, Halambeck, and Zsilavetz. The East Bay is home to a striking preponderance of female-owned and -operated bars — even, it appears anecdotally, more than in San Francisco. There’s Bar Dogwood, Heinold’s First and Last Chance, Lounge 3411, Kim’s Backyard, and Toast Wine Lounge in Oakland, plus Alameda Wine Company and countless others that fly under the radar. And at least as many — including, among many others, Emeryville’s Broken Rack; Oakland’s Beer Revolution, The Punchdown, and Commonwealth; and Alameda’s Swell Bar — are at least partially owned and operated by women, usually as part of a husband-and-wife team. Nationally, too, the number of female bar owners is “absolutely” increasing, according to Donna Hood Crecca, editor and publisher of the trade journal Nightclub & Bar.

None of this should necessarily come as a surprise: As both bar and business culture continues to open up beyond the boys’ club, women are increasingly feeling welcome behind the tap or the cocktail shaker. “For a long time, bars were predominantly frequented by men, so it was just a reflection of who knew the business,” Seidman said. But drinking rates among women have risen steadily over the past couple decades — just last month, in fact, a Columbia University study found that more women than ever before are drinking (both to healthful and dangerous degrees). And as female drinking culture begins to catch up, that’s reflected on both sides of the bar.

It hasn’t necessarily been easy. Shaterian-Rossi said that until recently, whenever she was conducting bar business on the phone, she’d always have her husband talk. “A man’s voice would just get you further than a woman’s.” she said. “I remember — especially when we first bought [the bar] — I felt like it was a very masculine business, where men would automatically get respect just because they were men. It just seemed like everything was easier for a man.”

Shaterian-Rossi said that’s largely changed, and many of the East Bay’s younger female bar owners say they’ve faced little more than raised eyebrows and the occasional snide or surprised comment. But get them talking, and it’s obvious that the novelty — and the stigma — of female bartenders isn’t completely gone. “I’ve had some really great experiences working with men in this industry,” said Seidman. “But I’ve worked at other bars where I was harassed and belittled and talked down to.”

For Maria, it mainly comes as a variation on the where’s-your-husband refrain. Even though she had her first restaurant job at thirteen and has been bartending as long as she could legally drink, people often presume her boyfriend and partner, who had no industry experience before opening the Hotsy Totsy, is in charge. “People just assume he’s the owner and I’m the girlfriend who gets to work there — even though I’m the one who built the cocktail program, bought all the spirits, hired the staff.” (Even so, she said, she’s tried not to let gender be a huge issue in her experience at the Hotsy. “I don’t think about my gender when I do anything in my life — especially when I walk into work.”)

Alexeis Filipello of Bar Dogwood also said she’s been met with surprise and suspicion when she tells people what she does for a living. “People immediately think I ripped somebody off or I was a prostitute,” she said. “It’s such a stigma: We can’t do it on our own and need a man to make it happen.”

Not that that stopped her. Filipello cut her teeth at San Francisco’s House of Shields, where she worked with a mostly male management team and served a clientele that was composed largely of men. Almost as soon as she started to realize that she’d like to open her own place, she realized she’d have to do it herself. “It just got to this point where it was, like, ‘If I want to do this, I’m going to have to do it myself. I can’t depend on a man to make it happen.'”

Same went for Heather Sittig and Kristen Policy, who own Rockridge’s Toast Wine Lounge. A couple years ago, they’d both just had babies and were looking for a place where they could bring their kids and still feel like, well, grown-ups. “We thought, ‘Wouldn’t it be great if there was a place that we could go and our kids would be happy, too?’ Nobody else opened it,” she laughed, “so we did.”

Of course, men can and do take care of young children, and can and do patronize Toast, but it was Sittig’s experience as a woman and as a mother that made her open the business in the first place. Toast has kid-friendly menu items, purse hooks under the bar, and a community-oriented vibe. “I don’t know that a man would open a place thinking that way,” Sittig said. Save for a few of the standard bumps in the road, Toast opened successfully earlier this year, and Sittig said she and Policy have never looked back.

Neither has Filipello. “If I hadn’t just made the leap and done it, I wouldn’t have known how easy it is,” she said. That, she thinks, is a big part of the lack of female bar owners: “To put a broad stroke on it here: Women don’t realize they can do it.”

But in the East Bay — where, generally speaking, rent is cheaper, barriers to entry are fewer, and competition is lower — women may feel more comfortable making that leap. “Oakland’s for the connoisseur,” Filipello said. “It’s less about the turn and burn, less about the meat market” — which may explain why the East Bay appears to have a higher number of female bar owners than San Francisco. Here, first-time business owners may have an easier go at it. Or, in the words of one female bar owner, San Francisco bars are “really there to make money. [In the East Bay,] it’s less about how many cases of Fernet you can sell and more about creating a place where people can feel comfortable.” A worthy goal — regardless of gender.