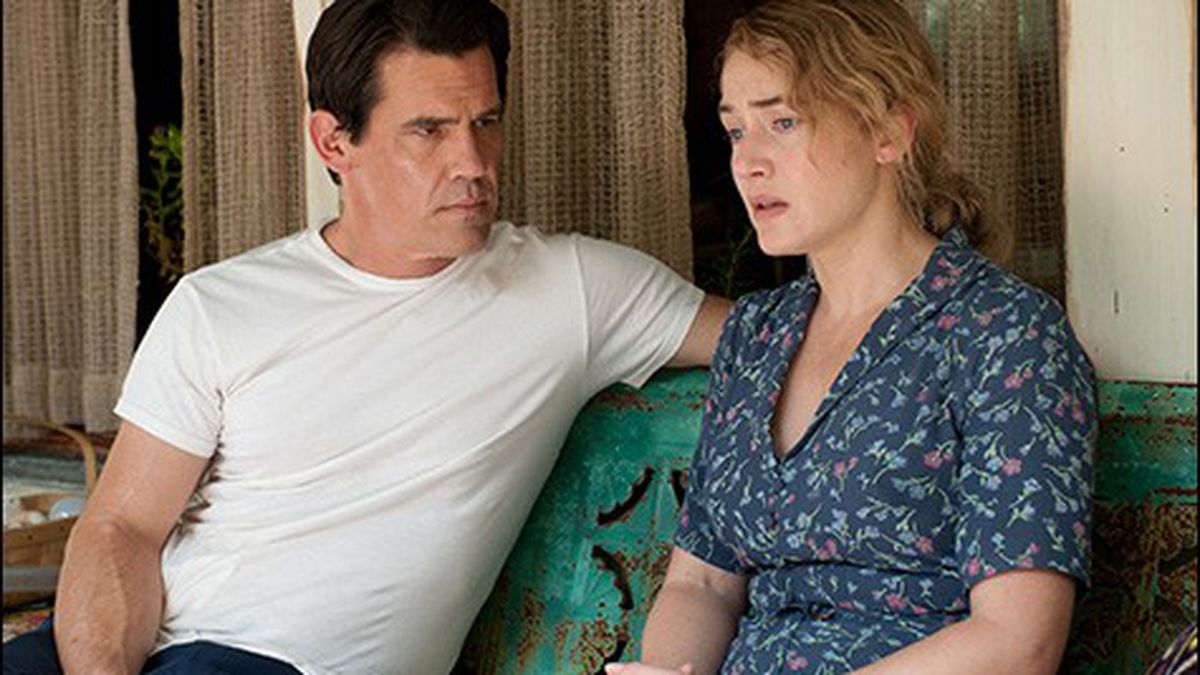 Word in the screening rooms is that Labor Day was set to open last month during the holiday season, but that the latest movie by Jason Reitman (Young Adult, Up in the Air, Juno) tracked so poorly that it got shunted to the elephants’ graveyard of late-January release, where it now finds itself.

And it is a little dull. But nevertheless it probably deserves the benefit of the doubt as writer-director Reitman’s experiment with an old-fashioned narrative — he adapted the screenplay from the novel by Oakland author Joyce Maynard (To Die For) — in which a sympathetic escaped convict (Josh Brolin’s Frank) takes a forlorn single mother (Adele, played by Kate Winslet) and her young son Henry (Gattlin Griffith) hostage inside their home, whereupon the convict and the mom fall in love over their shared enthusiasm for baking peach pies.

Brolin and Winslet fit their roles exactly. Frank, who had been serving eighteen years for murder when he crashed out, is a paragon of taciturn, manly strength, combined with his urge to get the whole paternal, domestic thing right this time around. Adele has the profile of the ideal Winslet wounded protagonist: smoldering, unfulfilled passion crossed with an inherent apprehensiveness and skittish unpredictability. Every time there’s a knock on the door of her modest home in Holton Hills, New Hampshire, we can see her heart leap into her mouth. But she’s more afraid of the police than of Frank. She doesn’t really want the uninvited visitor to leave. In the best of all possible worlds every home invasion should proceed so romantically.

The natural foil for such a moribund love story should be the character of young Henry, but he’s too quiet to be of much use. Frank is the father he never had, tossing him baseballs in the backyard and whipping up those pies. We’re more curious about Mandy, the new girl in town (Maika Monroe), but no one picks up that thread. Again and again we try to become involved but the inertia always grabs hold and weighs the slender situation down. Labor Day the holiday has always contained a bit of melancholy, as the traditional end of summer. This uninvolving would-be romantic character study echoes that dreary finality — pie or no pie.

Kelly Vance
Previous articleUnder-the-Radar Soup in Oakland Chinatown
Next articleMid-Week Menu: A Provencal-Style French Bistro on Lakeshore, the New Phat Beets Market Location, and a Brick-and-Mortar for No No Burger
18,645FansLike
12,284FollowersFollow
66,382FollowersFollow