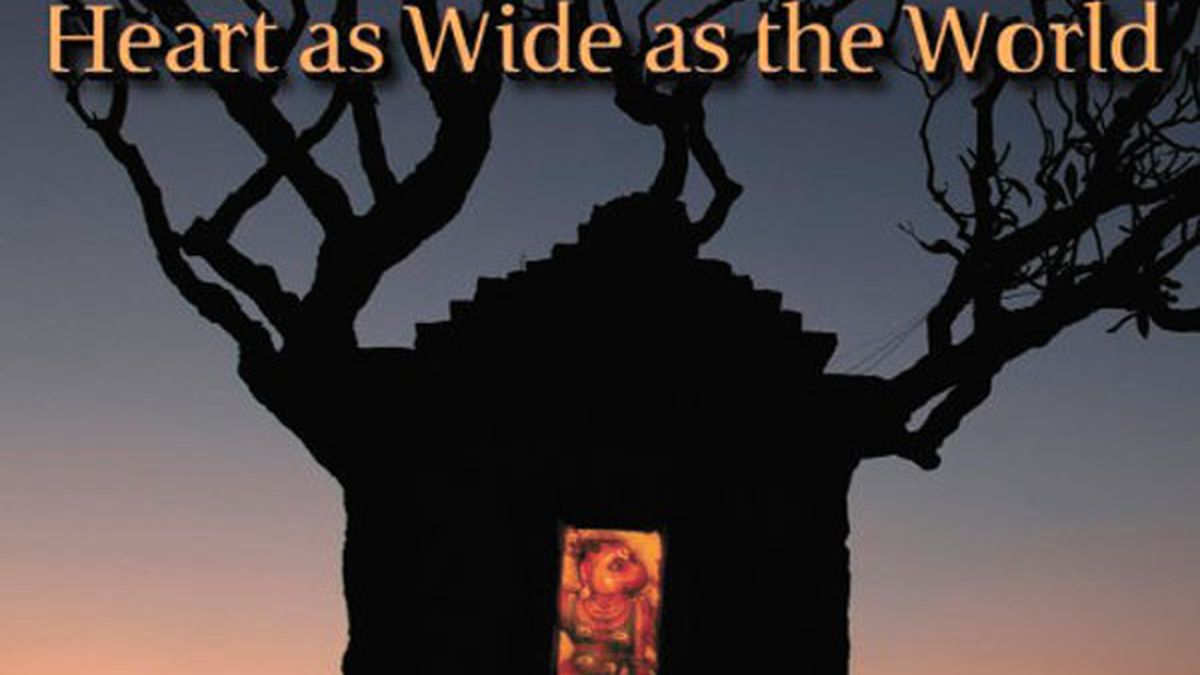 Heart as Wide as the World

When he attended a lecture by Ram Dass in the late Sixties, Krishna Das was an aspiring rock star working a day job. But the lecture changed his life. He began investigating Indian spirituality, visited Maharajji in India for two years, and started singing kirtan, a devotional music that aims to bring listeners in closer contact with the heart’s deep core.

Das has a voice that was made for kirtan — a low, velvety baritone with a warm, comforting tone that insinuates itself into your heart and mind. He’s relaxed without being too new agey and his music blends traditional Indian modes with American folk, blues, and country to forge a style that easily bridges cultures and continents. On Heart as Wide as the World, Das briefly returns to the rock of his youth, sort of. “Naaraayana/For Your Love” incorporates the lyrics and melody of the Yardbird’s hit of the same name, but the arrangement takes the tune to the ashram with the soaring harmonies of the Kosmic Kirtan Posse of New York, the choir that backs Das on the album. The lyrics are probably the most materialistic that Das has sung since starting out on his spiritual path, and while there’s a tongue-in-cheek quality to the juxtaposition, it doesn’t sound like this is a conscious effort to get a hit. The rest of the album is vintage Das: tranquil, serene music with the rough edges smoothed off, but possessing enough rhythmic force to keep pulling you into its mesmerizing spell. (NuTone/Nettwerk)