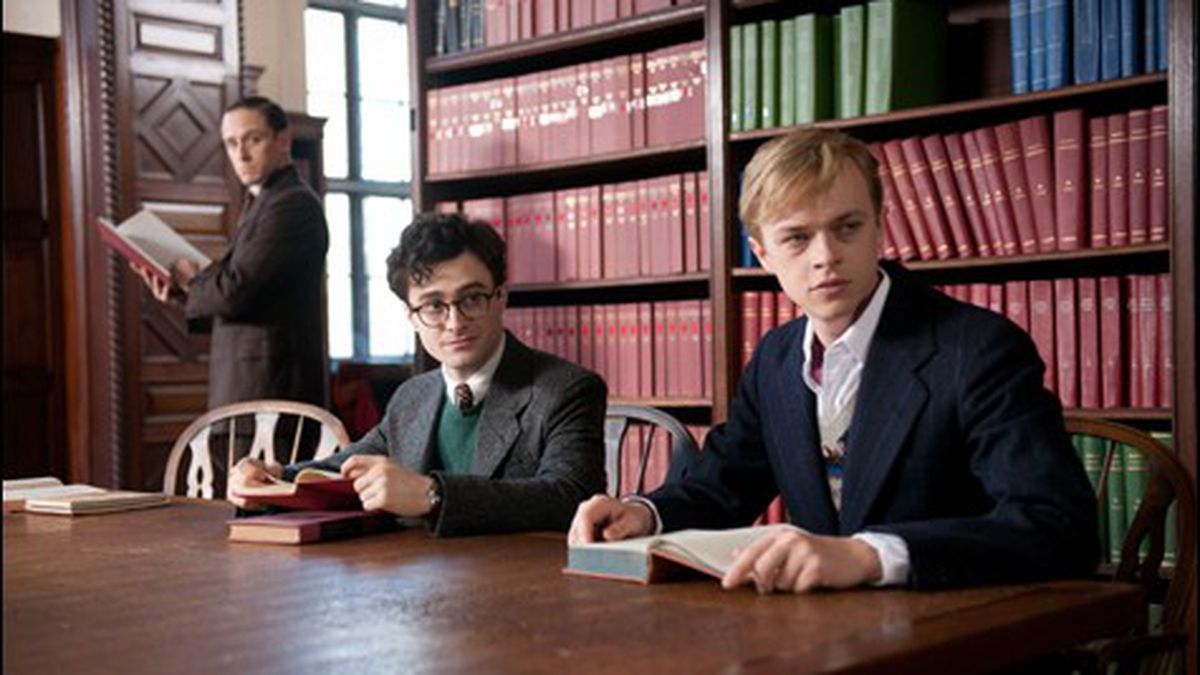 How beatniks are made.

Postcard from the old days. College students in duffle coats, hanging out in Greenwich Village coffee houses, arguing about Yeats and Whitman, in a lather over jazz, experimenting with sex and dope, bursting with non-commercial creativity, crazy to revolutionize, doomed peach-fuzz romantics trying to one-up Arthur Rimbaud.

Kill Your Darlings narrowcasts us back to the young explorations of Allen Ginsberg (Daniel Radcliffe), fledgling holy man and tentative poetic conscience of howling modernity, during his studies at Columbia in 1944. The director, John Krokidas, and his co-writer Austin Bunn throw the era in our face in huge jangling chunks — gorgeous sound engineering — daring us to look at life the way the sensitive kid from New Jersey does. Ginsberg is on his way to becoming a Beat, maybe the first, and so we meet the most important of his proto-beatnik pals: William Burroughs (Ben Foster, in an immaculate impersonation), Jack Kerouac (Jack Huston), and a boyish chap named Lucien Carr (Dane DeHaan), Allen’s campus roommate, who falls in love with him. Lucien has problems over and above getting drunk and abusing methamphetamines.

Actor Radcliffe continues his exit from the Harry Potter franchise by choosing another meaty part that has nothing to do with secret spells — junkies and queers, yes, but no flying dragons. This Ginsberg is complicated. He sees things others do not, like Harry. Holding up their side of the earth are Jennifer Jason Leigh as Ginsberg’s disturbed mother Naomi, John Callum as the lit prof who provides the title advice, Elizabeth Olsen as Kerouac’s girlfriend Edie, and, as the fulcrum of the piece, Michael C. Hall’s David Kammerer, host of the late-late hate show. Kammerer and Ginsberg both love Lucien Carr. So does every sailor who hits New York. Something’s gotta give. No wonder Ginsberg lit out for Benares and San Francisco. “Another lover hits the universe.” The Beats just keep on coming.