It seems clear that Oakland police and other law enforcement agencies only plan to reveal body-camera video if the footage shows that cops did nothing wrong. 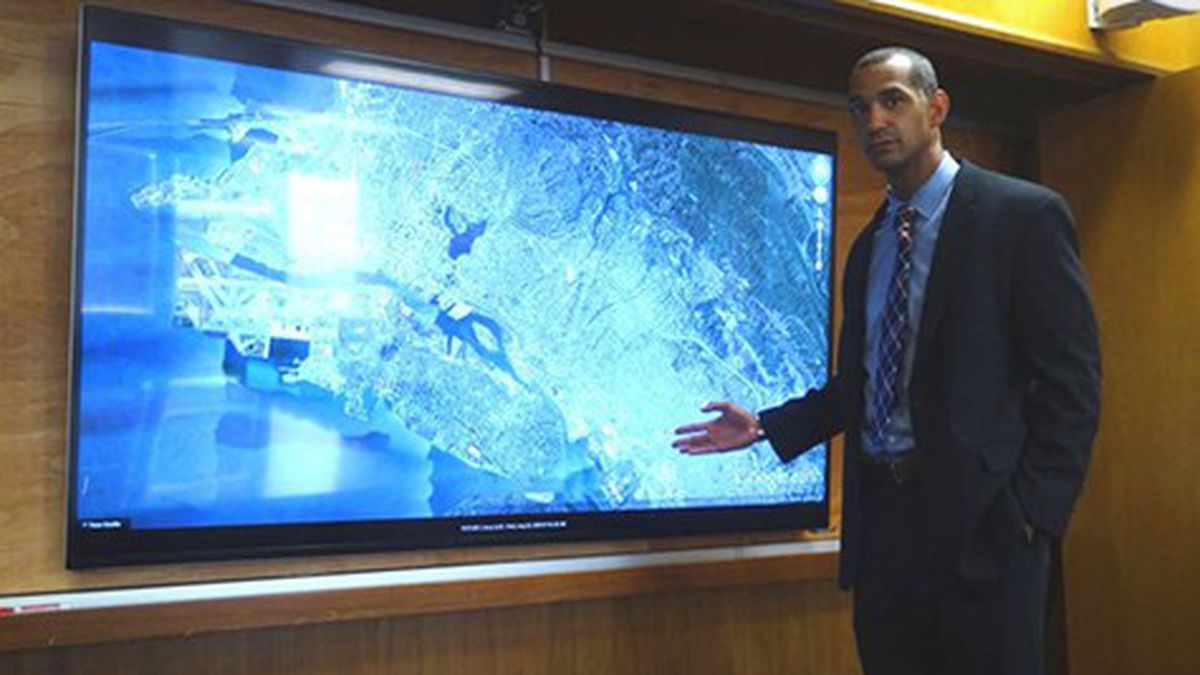 Oakland Police Department officials came under fire last week for showing police body-camera videos to a group of select journalists, while refusing to release the footage to the general public. First Amendment experts widely agreed that OPD’s actions likely violated the California Public Records Act, and that, at minimum, the department should now show the videos, which involved the two recent deaths of local citizens, to anyone who wants to see them. And while those criticisms are valid, last week’s video disclosures also raise numerous questions about how and when police departments will reveal video footage at a time when law enforcement agencies around the state are increasingly mandating that all cops use body cameras.

It seems clear from OPD’s actions last week that the department plans to reveal body-camera footage if it shows police officers did nothing wrong. It also appears likely that OPD will withhold body-camera footage if it contains evidence that the cops involved engaged in misconduct. After all, if a department plans to discipline or fire an officer based on the contents of a body-camera video, it likely will treat that footage as being a confidential personnel matter — much as it does with other evidence of wrongdoing. Don’t expect to see any body-camera footage of police officers behaving badly — at least not until the issue is litigated in the courts, or the legislature and the governor enact a more open police transparency law in California.

According to Express staff writer Darwin BondGraham, who viewed the OPD body-camera videos last week, none showed evidence of police misconduct. The first set of videos, involving the death of Nathaniel Wilks, who was killed by police on August 12, showed Wilks carrying what appeared to be a handgun. And at the end of a one of those videos, which appeared to have been uncut and unedited, a black pistol is visible next to Wilks’ head as he lay on the ground after police shot him.

The other set of videos concerned the July 19 death of Richard Linyard, who police say died when he got trapped in between two buildings after fleeing from police following a traffic stop. Again, the videos showed no wrongdoing — although the circumstances of Linyard’s death are extremely odd.

Oakland police spokesperson Johnna Watson said that the investigations into the deaths of Wilks and Linyard are ongoing — but if evidence surfaces of police misconduct in those cases, it won’t be from the videos shown to reporters last week. Consequently, OPD has no good reason for not releasing those videos to the public right away.

However, videos that reveal wrongdoing by cops are another matter. Jim Chanin, an East Bay civil rights attorney who specializes in police misconduct cases, said it likely will take a lawsuit to force OPD to reveal body-camera video footage that shows police misconduct. And even then, a judge may place a gag order on the footage and only allow the attorneys involved to view it.

Why? Because California has the worst police transparency laws in the nation, and police unions in the state wield a tremendous amount of influence in Sacramento, Chanin said. The legislature, he pointed out, has repeatedly refused to overturn or modify state laws and legal rulings that mandate that police officers’ misconduct cases be kept secret from the public. One of those legal decisions is the 2006 California Supreme Court case, Copley Press Inc. v. Superior Court, which greatly restricted public access to police personnel issues. Another is the Public Safety Officers Procedural Bill of Rights Act, an anti-transparency law signed by Jerry Brown during his first stint as governor in the 1970s. “And the legislature is even worse now,” Chanin said. “They’re all terrified — the liberals … look at all the police association money they get.”

Terry Francke, a First Amendment expert with the open-government group Californians Aware, argued that it likely will require a public-right-to-know lawsuit, perhaps filed by a news organization, to determine whether body-camera footage can be kept under wraps as a personnel matter. He noted that there is no legal case that directly addresses the issue.

Ironically, the only other type of body-camera video that might become public without litigation or a new law — besides the kind that shows no police wrongdoing — is footage that contains evidence of police criminality. If a district attorney decides to file criminal charges, say manslaughter or murder charges, against a police officer based on body-camera evidence, that footage might become public at trial, regardless of state laws that protect police personnel files. However, Chanin cautioned that it would still be up to the prosecutor, defense attorney, and the judge involved as to whether a gag order would be placed on the footage and whether the press and public would be barred from the courtroom when it was shown.

In other words, body cameras represent a good step forward toward police accountability in California. But we still have a long, long way to go.