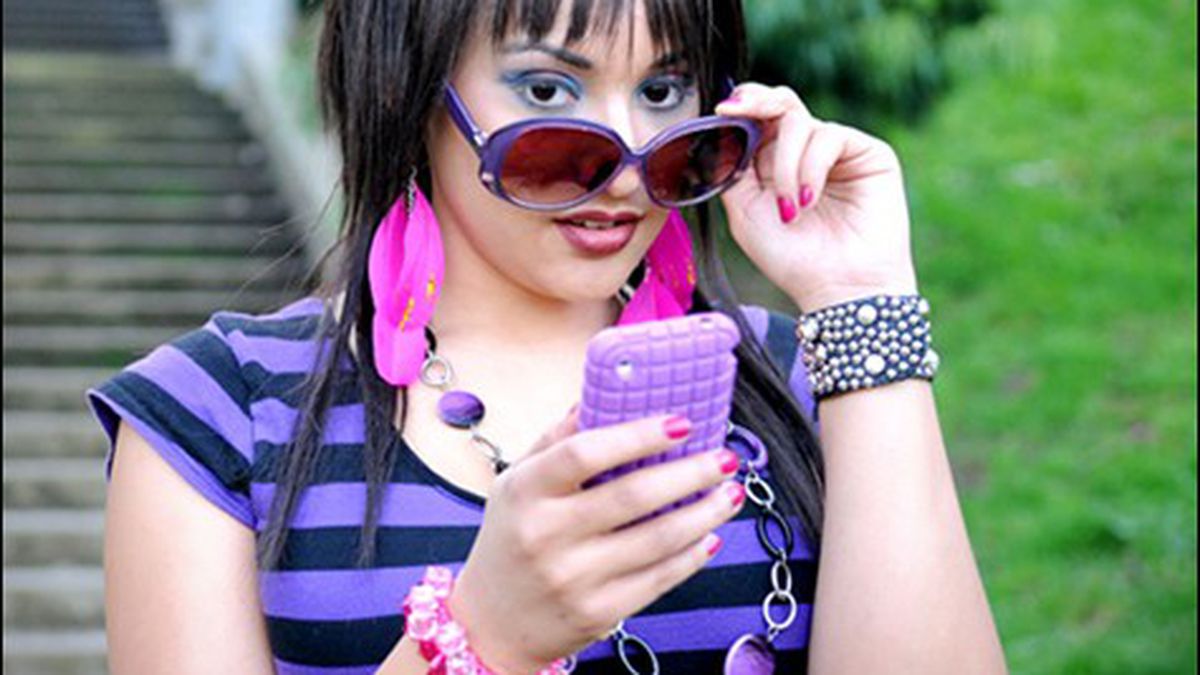 A refugee from corporate America makes her promising debut.

Not for nothing was Karyn Paige voted the most fashionable student in her eighth-grade class. At 27, she still lives up to the title: boutique dresses, lace leggings, Cleopatra eye shadow, studded bracelets with rhinestones. Two years ago she was working in the corporate world, shopping at H&M, and trying to balance a nine-to-five with her singing gigs. At a certain point, the office job just got in the way. Even Paige’s supervisor could see it coming, and the singer said their breakup was mutual. She had to shift most of her energy into music, and the rest into, well, just being fabulous.

And it worked. Paige just released her first disc, The KP EP. Conceived with a little help from drummer Joe Bagale and keyboardist Matt Berkeley, it’s a bumptious, good-timey romp through the whole gamut of Eighties-era pop styles: new wave, chunky industrial, bubbly electro, minimalist funk, and girly piano love ballads. Paige even recruited a few seven-year-old backup singers for “I Still Wanna Believe” to give the song its nursery-rhyme quality. It’s an interesting twist for a reformed musical theater geek who once suffered from crippling stage fright. Paige’s friends accuse her of self-reinvention. But the singer insists she always had an inner-material girl.

In fact, The KP EP is the culmination of a life spent listening to, and successfully emulating, styles from every sect of the pop ecosystem. It’s also a sign that Paige finally overcame her natural disposition. “I’m a goody two-shoes,” she said during a recent interview, casting her eyes demurely downward. Born in Vancouver, she grew up mostly in Union City. As a kid, Paige internalized the Eighties-pop trifecta (Prince, Michael Jackson, Madonna) and the soundtrack from Rent. She learned by ear and sang mostly in her bedroom. “I always knew I could sing, but I was really shy,” she said. Moreover, she was self-conscious about having an unusually high-pitched, kewpie-doll voice. “When I was younger I tried to sound lower — both singing and talking,” she said. “Because I thought people would take it more seriously if I didn’t sound like a Munchkin.” It wasn’t until her junior year of high school that Paige came to terms with her vocal timbre, and worked up the nerve to audition for a student choir. It was a wrap. Once onstage, she couldn’t get off. It turned out she loved hamming it up in front of an audience. What she lacked in volume, she made up for in range. Her voice is pliant — high and sweet when she’s happy, husky when she’s tired or blue. Not surprisingly, she consolidated her career in the jazz and soul worlds before waxing retro.

Paige went to San Francisco State University as a prospective theater major, but wound up in the gender studies department instead. Upon graduating she moved to Oakland, got a job as a receptionist, and joined a pub band called Groovus. She showed obvious promise as a singer and got steady work, despite a tendency to undersell herself. Then, in 2008, her big break came along when Jazz Mafia bandleader Adam Theis asked her to sing in his Brass, Bows, & Beats hip-hop symphony. Paige wrote her own vocal parts, singing in tandem with Bagale, Rich Armstrong, and Chris McGee. In the months leading up to the symphony’s debut, she got more and more caught up in rehearsals and late-night recording sessions. She found the show-biz lifestyle addictive. Leaving the straight world was risky, she said, but it turned out to be an auspicious move. The gig fairy smiled on Paige, who currently sings with several different bands — among them Groovus, the Jazz Mafia offshoot Supertaster, and Bagale’s funk outfit — in addition to doing session work with rapper Lyrics Born and Crown City Rockers drummer Max McVeety. She spent the last seven months holed up with Bagale and Berkeley in a studio, recording the EP. Paige set the tone and wrote the lyrics, while Bagale and Berkeley composed the music and handled most of the instruments (with a little help from percussionist Nino Moschella and trumpeter Stephen Bradley, among other guests). By now, the three of them have worked together so long that they poach from each other mercilessly. Bagale even lifted a lyric from Paige’s song “Want To” and used it as the name of his current band, The Fantastic Fabulous.

In some ways, The KP EP is very much a product of its time. Many of us are fascinated with nostalgia-based trends. We like the lo-fi, metallic sound of new wave music. We like old gear — archaic drum machines, MPCs, analog synths, snares and clap-claps. We brought back leggings, rhinestones, spikes, asymmetrical haircuts, the color pink. Paige caught the retro bug and embraced it. She rediscovered Hilltop Mall. She asked her stylist to give her a layered David Bowie look. She fantasizes about being reborn in the Eighties and out-styling everyone else. She sings “Want To” in a husky come-hither that could have earned tons of radio play in 1984. If you don’t hear the Prince influence, you’re not listening.

Yet there’s also a personal side to this disc, particularly evident in the second track, “Stay Away Tonight.” Every time I hit your cell, I never get an answer, Paige sings in a voice that sounds almost wounded. In subsequent verses, she begs, pleads, bats her eyes, and tries to bribe an absent lover, alternating these promises with lines about loneliness and regret. As torch songs go, it’s fairly innocuous, but we still get a glimpse of the shy girl who’s afraid of getting turned down.

Paige says she’s managed to get those two sides of her personality to coexist. And she rejects the allegation that she’s a living Cinderella story, transformed, overnight, from a corporate square to a budding pop star. When another singer asked how she did it, Paige scoffed. “The diva was always there,” she said.