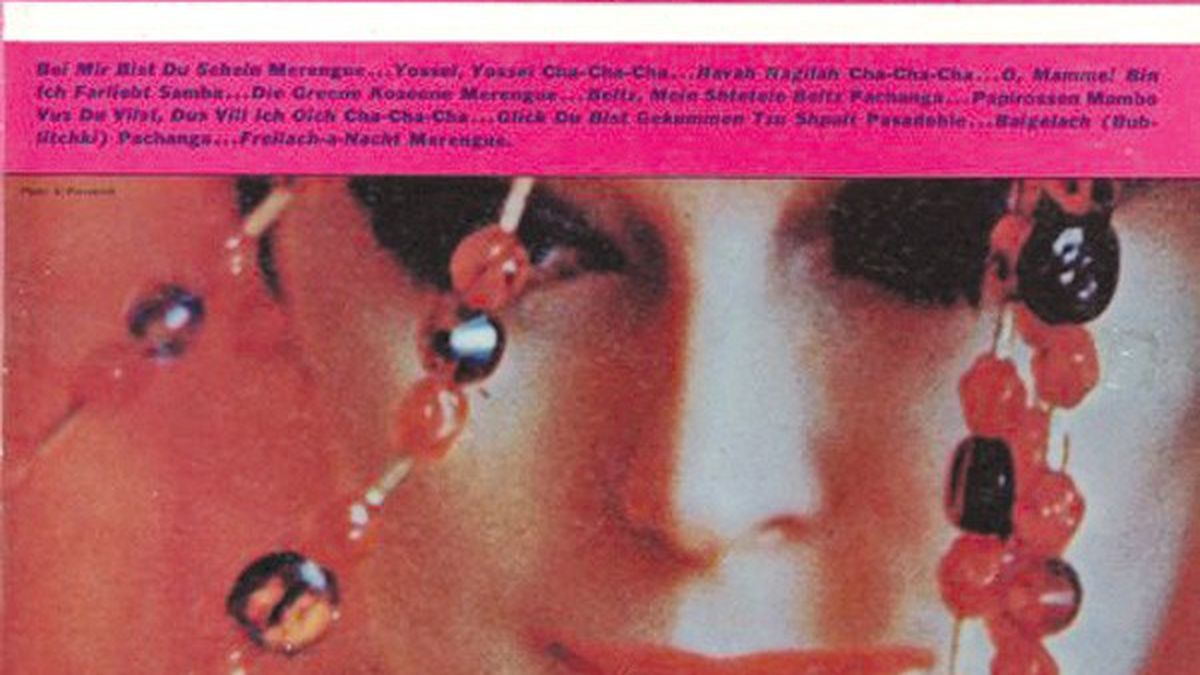 Juan Calle and His Latin Lantzmen

Many American Jews, particularly in New York City, caught mambo and cha-cha fever during the 1950s and kicked up their heels at the Palladium Ballroom at 53rd and Broadway, and at resorts in the Catskills. It therefore seemed logical for someone at Riverside Records to come up with the bright idea of making an album of Jewish songs done Afro-Cuban style, although legendary jazz producer and Riverside co-owner Orrin Keepnews denies any direct involvement. Italian-American studio musician and arranger John Cali was hired for the project and assembled seven jazz musicians, among them three prominent Latinos — pianist Charlie Palmieri and percussionists Ray Barretto and Willie Rodriguez — a Jewish clarinetist and flute player, and a presumably Jewish vocalist to perform “Yiddish Favorites in Latin Tempos,” as the album was subtitled. Cali, normally a banjo player, switched to lute and adopted the pseudonym “Juan Calle” for the 1961 recording, on which such songs as “Havah Nagllah” and “Bei Mir Bist Du Shein” were given mambo, cha-cha, meringue, pachanga, and samba treatments.

The recently reissued eleven-song Mazel Tov, Mis Amigos is more a cultural curiosity than a musical classic. Big-toned trumpeter Doc Cheatham, a veteran of the swing era who worked in Latin bands during the Fifties and Sixties, is the main soloist and is magnificent, whether improvising jazz choruses or blowing melodies straight, in a klezmer manner. The jaunty rhythms of the Yiddish tunes frequently mesh well with the Afro-Cuban grooves, but too often the results come off sounding rather corny.