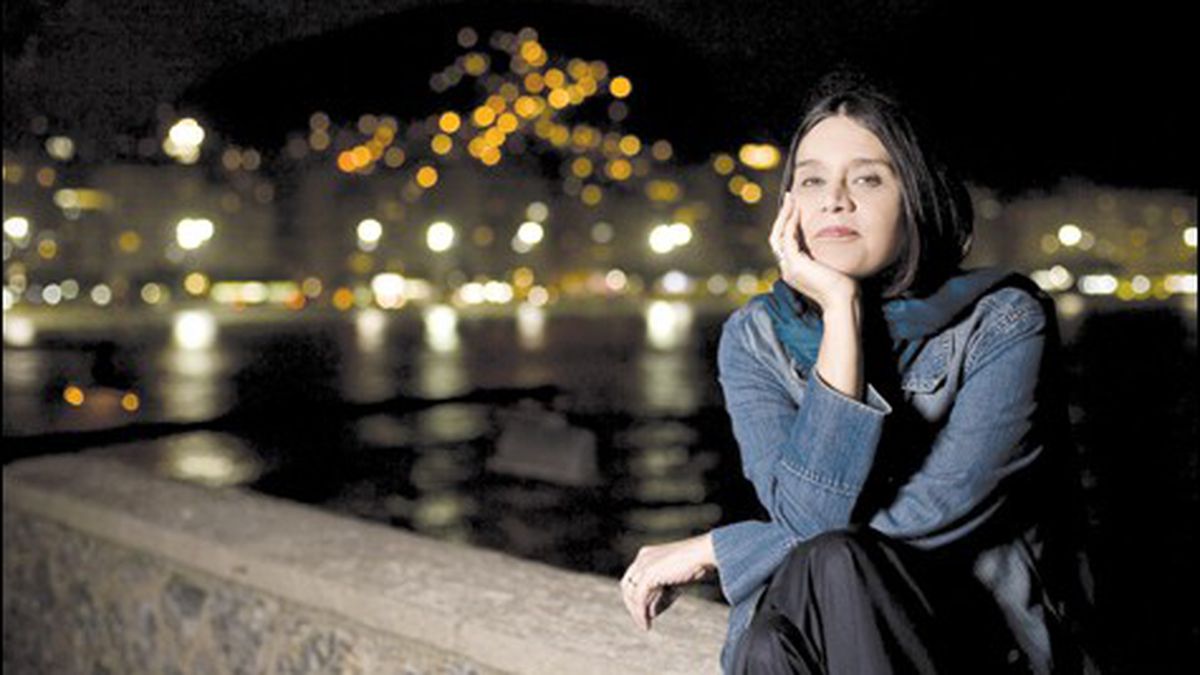 While it went mostly unnoticed during that cacophonous era, perhaps the year’s gentlest upheaval took place with the release of Joyce, the debut album by a poetic-minded twenty-year-old singer-songwriter from Rio de Janeiro. As the first female Brazilian recording artist writing and performing her own songs while accompanying herself on guitar, Joyce (pronounced joy-see) established a singular identity with her unapologetically feminine viewpoint, a perspective the Brazilian public was hesitant to embrace. It would be decades before the full impact of her quiet revolution became apparent. “We were all bossa nova children influenced by Jobim and João Gilberto, and I was the only girl among the boys,” said Joyce, 62, in a recent phone conversation (she worked under a single moniker until last year, when she added her last name Moreno to ease identification via Google). “All the boys were organizing themselves in styles and movements and I was doing my own thing. It brought me some loneliness.”

While widely treasured by her peers, Joyce remained a cult figure for years. Her songs were widely recorded, but Joyce struggled until the 1980 release of her breakthrough album Feminina. Not only did transcendent stars like Elis Regina, Antonio Carlos Jobim, Milton Nascimento, Maria Bethania, and Sarah Vaughan embrace her music, she suddenly found herself treated like a top-tier act, appearing regularly on Brazilian television and performing at major festivals. These days, she occupies a status something like that of Joni Mitchell, a matriarch who paved the way for other women (literally, since her daughters Clara Moreno and Ana Martins are both successful performers) while influencing a generation with her jazz-steeped songs.

At the closing set of a two-night run at Yoshi’s last Wednesday, part of her first US tour in three years, Joyce wove together her hits and new material with earlier standards from the Brazilian songbook, and her original pieces fared well indeed. The years have deepened her voice, but it’s still a lithe, multi-textured instrument, warm and burnished in the chesty lower range. Her phrasing is as supple and rhythmically dexterous as a scat-minded jazz singer, and she often pushed tempos from a brisk gallop to a headlong sprint. Deftly accompanying herself on a hollow electric guitar that looked like someone outlined the body of a Gibson with a thick black Sharpie, Joyce was backed by a superlative Brazilian quartet featuring drummer and husband Tutty Moreno, bassist Rodolfo Stroeter, and pianist Helio Alves, a hard-swinging player who’s recorded with a litany of North and South American masters, from Claudio Roditi, Rosa Passos, and Duduka da Fonseca to Joe Henderson, Louis Hayes, and Slide Hampton.

After opening with one of her signature songs, the surging samba “Banda Maluca,” she soared through Edu Lobo‘s “Upa Neguinho,” making a tune indelibly associated with Elis Regina her own through extraordinarily intuitive interplay with Moreno, who caressed the drum kit with his hands.

Usually when the drums are surrounded by four microphones you can forget about subtle dynamics, but Moreno is a trap-set poet who provided relaxed propulsion no matter how fast the tempo. Without really trying — she worked without a set list — Joyce offered a highly personal tour through Brazil’s songwriting pantheon, from the eternally hip Johnny Alf (“Ceu e Mar”) and Vinicius de Moraes (“Medo de Amar”) to João Donato‘s “Amor Nas Estrelas,” a lovely piece from her recent album Aquarius, her latest collaboration with the pioneering bossa jazz pianist and composer. She delved into Jobim’s vast catalog with a joyously careening medley of “Desafinado” and “Samba D’uma Nota So,” and offered a heartfelt homage to Dorival Caymmi with his loving description of the women of Bahia with “Lá Vem A Baiana.” And in a brief, perfect musical moment, she linked the two giants with “Caymmi Visita Tom,” her imagining of a posthumous reunion between the two seminal composers.

It was the show’s first reflective moment but not the last. She played several pieces from her new album “Slow Music,” her first session devoted to ballads. With her insinuating melody and an English lyric by Robin Meloy Goldsby, the unabashedly romantic title track celebrates the seductive power of an unhurried melody (“Slow music is like slow food,” Joyce said, a strong indication she knows her Bay Area audience. “Music is food for the soul.”) And then it was back to the races with “Penalty,” another song revealing her close attention to modern jazz. Joyce’s scat intro gave way to a beautifully constructed Alves solo that climaxed with an ascending run of ringing, two-handed block chords. Her samba-infused jazz feel is so rhythmically potent it’s not surprising that she found a new audience in the early 1990s when DJs in Paris and London like Gilles Peterson started spinning her music, sometimes without even adding new beats.

After artfully building tension throughout the set, Joyce brought the evening to a delicious climax as Jobim and Moraes’s bossa jazz standard “O Morro Nao Tem Vez” segued seamlessly into a raucous rendition of her definitive song “Feminina.” Called back for an encore, the band closed the show with a concise almost viciously grooving version of Baden Powell‘s beloved Afro-samba “Berimbau.” No longer a revolutionary, Joyce is the sovereign of her own musical world, deeply enmeshed in Brazil’s wondrously rich musical past but always looking to expand the fertile crossroads where samba meets jazz.

Jerry Brown: Pot for Profit Will Land You in Jail