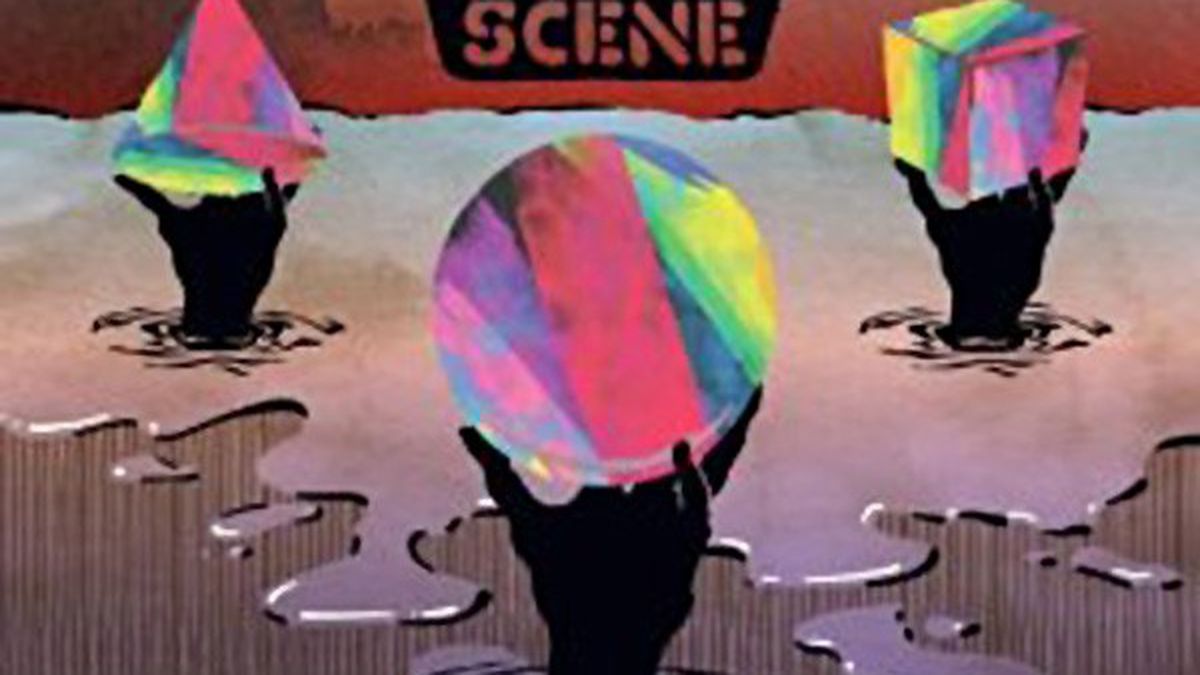 Jokers of the Scene

If you keep tabs on Pitchfork’s Best New Music section, you’ve likely noticed a predisposition toward drab flourishes and arrhythmic synth noise. Jokers of the Scene are much less off-putting. For one thing, they have hooks to sink your teeth into. For another, they don’t harbor an aversion to structure and listenability. The group’s new EP, JOT5, marries instrumental ambience and fist-pumping dubstep, but skimps on the repetition that has often hobbled both subgenres.

Up until now, Jokers of the Scene have mostly held court in their native Toronto, playing to a smallish army of fish-eyed rave kids. Their boutique stardom is beginning to bear fruit: JOT5 makes a poised transition from the dance floor to the studio, packing a scintillating amount of musicianship in its five tracks. Same goes for accompanying remix EP JOT5 RMXD, where Vancouver club hounds Babe Rainbow decorate “Killing Joke I” in symphonic keyboard tones.

“In Order to Trance” dips into the gothic ache of London’s Factory Floor. The bone-chilling “Organized Zounds” is as close an approximation to the sound of metal against metal as one can conceive; the darting underwater synths of “Black Mountie” could soundtrack the climax to a Paul Greengrass film. This strand of physical, percussive electronic music has found acclaim largely on the back of more popular groups (again, see Factory Floor), but Jokers of the Scene render it personal, straddling the line between elation and melancholy like an introvert with pre-party jitters. Who knows? They might be the next BNM inductees. (Fool’s Gold)