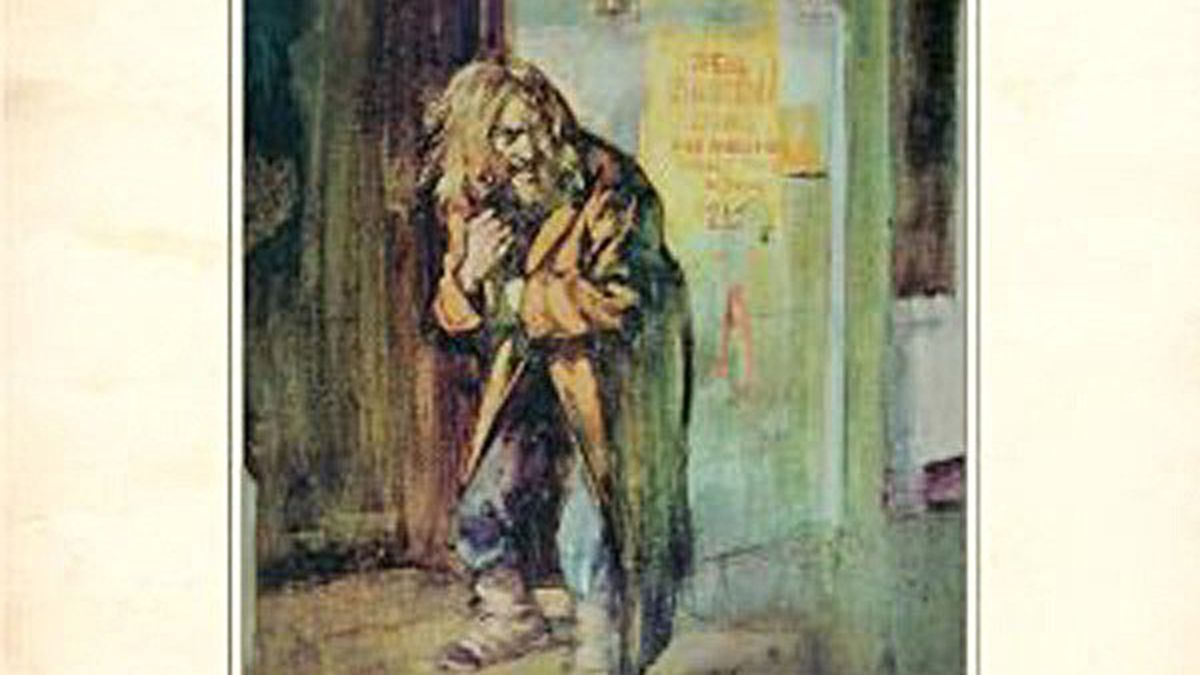 One yardstick of music’s worth is whether it stands the test of time. Aqualung, from 1971, is one of the most beloved albums by Brit progressive rockers Jethro Tull, and it leans towards “timeless.”

Jethro Tull’s style was marked by a mix of acerbic electric rock, lilting acoustic Celtic melodies, and bits of jazz, blues, and classical music. (Recent frames of reference: Beta Band, pre-King Is Dead Decemberists.) Singer Ian Anderson has a somewhat theatrical, irony-laden voice. His lyrics for Aqualung were controversial in their day and remain relevant today: decidedly against organized religion but not necessarily anti-deity, indicting the collective “We” for using/allowing religion to shape society and corrupt individuality, for piously deferring to symbolism while being indifferent to humanity.

This two-disc edition celebrates Aqualung‘s fortieth year with a sterling new mix, imparting greater clarity and even sharper dynamics. Martin Barre’s guitar is more surly and lacerating than ever. In “My God,” the acoustic guitar could pop out of the stereo into your living space, and Anderson’s singing conveys loathing as surely as younger malcontents Jello Biafra and Henry Rollins. (The way he sings the words with his plastic crucifix is worth the price of admission.) Its brief, medieval-inspired interlude sounds eerie and otherworldly. Disc two compiles outtakes, alternates, and unreleased songs. Gems abound: a seven-minute, deeply poignant “Wond’ring Aloud;” the sweetly sardonic “Up the ‘Pool,” and the emotionally naked remembrance “Nursie.”

Perhaps the reason Tull’s oeuvre has aged better than many of the band’s contemporaries is its focus on concise, melodic songs as opposed to instrumental pomposity. Old fans, delirious; beginners, dive in. (Chrysalis)